Meow so the lovely guys at Juiceburst sent me a box full of wonderful things as I have been loving Juiceburst for the past few months so I thought that it would be a good idea that todays MIM blog post would be about Juiceburst.

So, if you know me then you will have realised via social media that I have stopped drinking caffeine as it offsets my anxiety so instead I have started to drink fruit juice. When going to college, I have realised that the stores near me don't sell a lot of fruit juices but I did find JuiceBurst carrot and orange juice which is brighr and zingy and the perfect drink to help you wake up in a morning.

So basically, I'm going to talk about one of the flavours and review them and put a picture within the review bit... This sums up the unboxing and review bit as the unboxing is mainly through the video but it may not be the same way as the video... 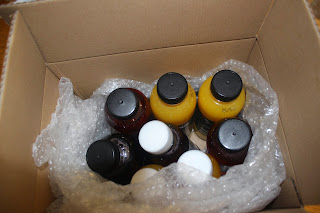 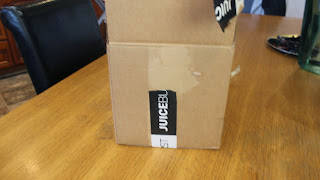 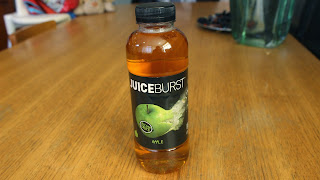 The bottle and flavour basically sum up what it says. The apple juice was 100% apple juice which added to the flavour because sometimes you can tell when there is things added to it via the taste but you could tell that this is pure juice. The sweet tang of the apples were perfect for a weirdly summery/bright british day. I loved this and was glad that they had sent two of these out as I love apple juice. If you love apple juice then I urge you to buy one and drink it cold because oh my god... It is so good when it is served cold! I would give this a 9.8 as that .2 is for improvement as everything can always do with a bit of tweaking... 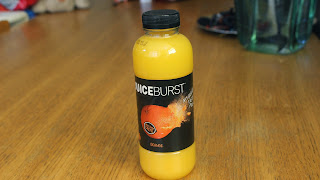 As I had said earlier, I have had orange before within orange and carrot and I had loved it so I wanted to see the difference and see if carrot actually made any difference taste wise. I found out that it did, Orange was also 100 percent pure and I could tell this as it wasn't like the carton stuff but it was slightly a little bit more sweet yet a little bit more sour... It makes no sense but the after taste was slightly sour but I loved it. I should have served it cold but I can now tell that carrot adds that little bit of sweetness so it depends how sweet you like your fruit juices. I would give it a 9.7 mainly because the first bit of sourness was a surprise but it would be a great mixer and I would have it again. 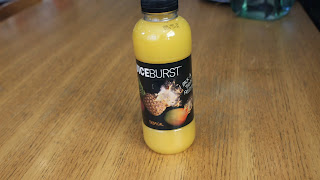 Tropical had a weird sort of thing going on... It contains apple, orange, mango, passion fruit, papaya and banana... Is banana a tropical fruit... Is apple a tropical fruit? I think the reasons they have those fruits in this drink is to add sweetness and such... It reminds me more of a smoothie than a juice mainly because of bananas adding creaminess to drinks. It was a good drink but it could do with a little bit more of mango and passionfruit but I love them two fruits so...  It's a great quick alternative to a smoothie and cheaper than a bottled smoothie but its a great tropical juice. I would give this a 9.7 mainly because of the smoothie sort of texture but its a great drink on the whole and it's great for when you want something summery when its raining outside or for on the go within the sun! 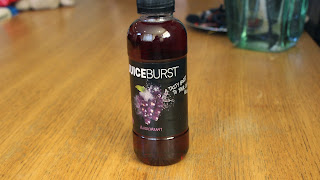 Now this one is a slightly weird one... I know blackcurrants as the older sibling of apple with a slight bit of regret in their lives... (The jealous older brother...) So when I tried blackcurrant on its own, I didn't know what to think... It's quite tart but then the sweetness comes in once you start to take a sip... I feel like it is a great drink to wake up to or when you need a drink to cure that hangover... The rich purple black colour makes it such a pretty juice to stare at whilst procrastinating doing work so I urge you to buy this and try it out! I give this a 9.8 because the tartness actually works in its favour and it is such a pretty colour! 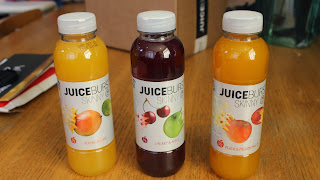 Juiceburst do two ranges. A normal range and a skinny range. The difference between the two is like your younger sibling, smaller and thinner in size with a crazier personality than you because they're living life to the fullest. The skinny range is only 99 calories per bottle and is a slightly smaller (400ml) size compared to the normal (500ml) bottle 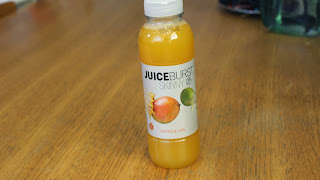 The first combination is mango and lime. I love mangos and I love limes so I knew that this was going to be a perfect drink for me. The mango was exotic and gave a good amount of freshness and sweetness to the drink then the hint of lime perked and added a boost to the mango which made it such a refreshing drink. Citrus adds amazing things to anything! I would give this a 9.85. I would give it a 10 if they did massive 1ltr bottles of it but it's such a great drink! 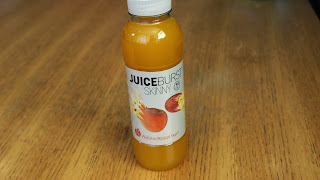 This summery flavour hits you in the right places. The sweetness of the peach combines with the boldness of the passionfruit so its a great flavour... It reminds me of the good old classic mango and passionfruit combination but a little bit more sweeter... I loved this one as I have a thing for passionfruit but it is pretty sweet so if you don't like sweet drinks then go for the next one that I am going to talk about. I would give it a 9.8 as I loved it but I would prefer a bigger size but overall it was a pretty good drink! 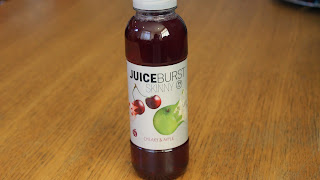 These two fruits are pretty bold so you may think that they would clash but they actually work really well together... The cherries added that sweet kick where as the lime didn't take the limelight away from the cherry but instead did its own thing and made the drink very tasty. I'm not normally a big fan of cherries. I would give this a 9.8 mainly because I'm not a big fan of cherries but I did like the little hint of sourness that it gave... It could do with a little extra fruit just to make the relationship between cherry and lime perfect but it's a great drink and such a nice colour which sounds weird for a fruit juice but ah well...

So I hope you have enjoyed this blog post... I know it was a weird blog post but it's always good to read something different every once in a while... If you're like me and you don't drink caffeine then tell me why in the comments and tell me if you love the sound of the Juiceburst flavours! I shall see you tomorrow for another MIM post!

Links:
YouTube Video (YouTube decided to be difficult so I've had to reupload it... I'll edit the post and put the link in when it goes up...)

Juiceburst Website: http://www.juiceburst.com/
Check your nearest supermarket to see if it is stocked there.