A Moment For You | Jo Malone London - Leeds Event 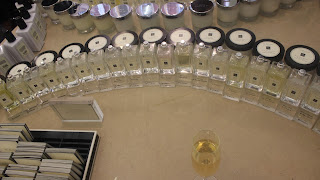 A few weeks ago just before the Cutler and Gross event I checked out Victoria Quarter website as I wanted to check it out and realised that they have an events tab so the obvious thing to do is to check it out. I did and I found out that there was a Jo Malone London event coming up so just before the C&G event I went into the store and booked a place & a plus one to ensure that Luke could come as I take him to most things due to the easiness, transport and he brings his phone wire along with my Power Bar so if my anxiety kicks off then I can message someone quickly.

We entered the store on the day of the event (after finally finding it in a vast midst of many stores) and was welcomed into a marvellous store full of glamorous beauty products. I was handed a glass of British Champagne (we'll skip the fact that its technically not champagne) and was told to wander and sample the wonderful items. Now when I was looking I noticed that there were labels so you didn't have to do what I was doing which was picking up a random scent and see if you liked it or not.

I picked up and sniffed various products which include Orange Blossom, Saffron (from the Intense collection) Wood Sage & Sea Salt and a various amount of others in various forms which include Hand & Body Lotion, Candles and many more. Whilst I was doing all of this I saw and said hi and talked briefly to Lizi and Jessica (I shall put the links at the bottom of the post.) I also chatted to various other people including Shirene who has an amazing blog and amazing business cards which had an Orange Is The New Black reference on them! 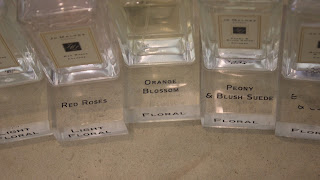 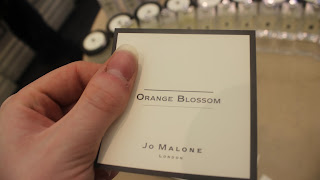 Metal tapped on an elegant glass and the whole store came to a sudden silence. The manager asked us to come over to the demonstration table and then she thanked us and introduced what the event was all about. She demonstrated some of the new products on a lovely member of staff and talked to us all about it.

The event was called A Moment For You. It was to showcase the new Shower & Bath Oils and the new Geranium & Walnut Body Scrub. The oils come in three scents which are Lime, Basil & Mandarin, Blackberry & Bay and Peony & Blush Suede. One of the scents are meant to invigorate, one is meant to refresh and one is meant to relax you. I can't remember which one was which. She demonstrated them on a lovely member of staff called Joanne.  The manager showed that you can either pour it in the bath or you can apply it from the bottom of the body upwards as this technique releases the most dirt and other things from the skin as possible in a circular motion as that helps the blood cells to create new skin and then leave it to soak in a bit then rinse it off in the shower which gets the most scent out of the product as possible.

We were then told to go over to where Filmore and Union would be making some drinks for us which would be in our goodie bag at the end of the night.
Myself and Luke went over and watched F&U create some wonderful juices which were to compliment the fragrances. The first one was for the Lime, Basil & Mandarin as it contained Cucumber and a lot more other things from what I remember... I can't remember the whole thing and then they brought another one around later on which had Jasmine Tea in to go with Blackberry & Bay I think. We then kept chatting and slowly went for an arm and hand massage. 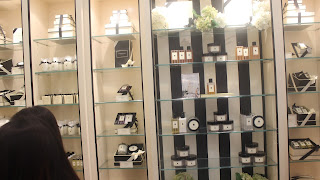 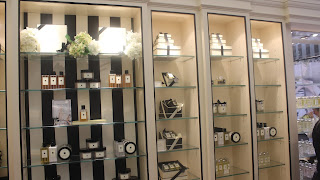 The massage started out with choosing one of the three fragrances. We were then smothered in whichever shower oil we chose which was Lime, Basil & Mandarin and then our arms were blanketed in the same fragrance body creme and then spritzed with the cologne to ensure the fragrance lasted on the skin for a long while. Max was my masseuse which he explained was interesting as I was his first male customer that he had massaged at the event that night. He made sure that the pressure and everything like that was right for me. He was attentive and lovely.

We were then given a goodie bag and we left. The goodie bag was amazing but we felt a bit awkward as they said that something from Filmore & Union in the bag but there wasn't but we had tried their brownies and juices on the night so I didn't mind not receiving anything from them. 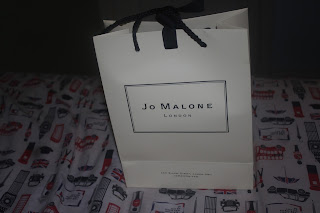 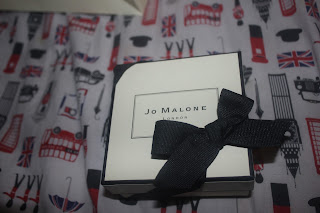 We went in on Tuesday to finish off the massage as they couldnt fit in the Geranium & Walnut Body Scrub massage in at the same time as the other one but the same concept happened. We were massaged using the Walnut Body Scrub which contains little pieces of walnut shell to exfoliate the skin. The scrub can be used every day as it's not that abrasive. It gets rid of dead skin and leaves your skin feeling soft and smooth. The scent of the product is quite fresh but has a slight sweet kick due to the walnuts.

The rest of the massage was the same concept as last time. We smelt each of the three fragrances but this time we chose Blackberry & Bay. Our arms were covered in the shower oil, smothered in the body creme and then lightly rained with cologne. The fragrance is sweet but fresh due to the bay and reminds me of Spring and gardens as it's meant to remind you of Blackberry picking.

I hope that you have enjoyed this blog post. Have you ever tried anything from Jo Malone London? Have you tried any of the fragrances mentioned? Have you read my last blog post? If not then I'll leave it down below. I hope that you've enjoyed this blog post and I shall see you next time for another post! (I was going to bitly the links for the blogs but you may want to cut and paste the blog links for easy access so they're in their true form.)