Meow, so today's blog post is going to be all about a haul. I bought a lot of products and I thought that it would be best to talk about them therefore I can acknowledge and actually salvage in my mind why I bought all the things. I hope that you enjoy this post... I did a video which goes along with this which I shall link at the bottom of this post. 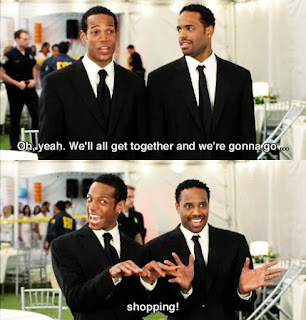 So, I'm going to start off with the clothes as I feel that this is the best way to go...

The first thing that I am going to talk about is the pink shirt that I got. It was from Burton as they had a 2 for £35 offer on shirts so I had a look and found a perfect pink shirt which I instantly knew that I had to get for many reasons. One of the main reasons was so I could be Damien from Mean Girls... That may sound really silly but I don't really care... The shirts on their own were £20 I think... This shirt has a lovely colour mainly consisting of a pale pink which comes a bit more alive when light is hit onto the shirt which sounds weird but it does... It also features rolled up sleeves which I loved the look of as I thought they were sewn to the point of being rolled up until I realised that you can roll the sleeves back down... I think that it would look good as a feature shirt for maybe a good occasion or maybe as a casual outfit as long as you don't have any crazy prints as I feel like this may clash with the pink but you could experiment and see if it works on you or not...

The next shirt that I got that was on the same offer was a black denim shirt which I bought mainly for it being denim as I know that denim is in season right now but the only denim I own is jeans as denim reminds me of either my childhood or cowboys which sounds stereotypical but it just does. I think that it would look good dressed up smart or dressed down casually with maybe a bright top/vest underneath just to make everything else pop colour wise.

The next thing that I got was a rucksack/backpack from H&M. I have been needing a backpack for a while as all of my bags like to break on me so I needed something durable. I mainly bought this for its purpose and the design on the back of it as it was floral. If you know me at all then you will know that I have a strong love for anything floral, It was £7 which was its sale price... I'm not sure what it's original price was but I loved the look of it so I got it. 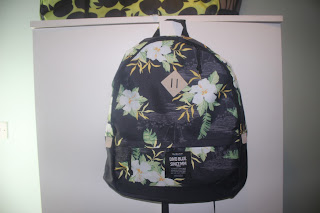 I also got a floral top to enhance my love of floral... I mean, no one can ever have too much floral clothing, right?! It's a lightweight thin sort of top. The texture has a soft yet sort of mesh feel to it but its not mesh... It's a weird thing to tell you but yeah... The top has a very strong gutsy floral design on it including some red roses. I love floral clothing when it's meant to be the summer season but this was also £7 from H&M. 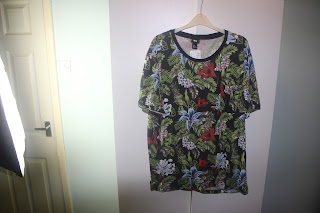 The last thing that I bought from H&M is a paint splatter top but there is a story towards this item of clothing. The top has a brand on the front of it which I know very well but I thought that they had branched out to stores which was one of the reasons to why I bought this top but when I tweeted them about it I found out that they hadn't released to stores but I like the design of the top so I don't regret buying it at all... The top has a blueish sort of paint splatter design to it which is apparently in season at the moment. It was £10 which was the most expensive thing that I bought from H&M. 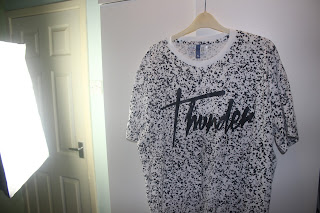 The next place that I went to was Topman for some socks which doesn't sound that interesting but it slightly was for me... I needed some new socks as my family like to steal all mine and then when I need some I can't find any so I bought some tube/football like socks with two stripes on the top of them mainly because I'm sure none of the rest of my family have any like these so I have more of a chance of them not been stolen within the house. I also bought them because they would cover more of my legs up which make encourage me to wear shorts and such more. They also felt very soft which encouraged me to purchase them even more. They were around £2 each or 3 for £7 but I also got a discount on  these and the things from Burton as I have an NUS card which means I get discounts eg 10% off at certain stores and such. I bought some in black and some in white. 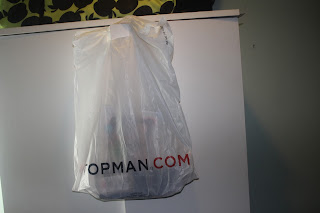 I bought some things from Lush/ Yes, I doubt this surprises you but I bought no bath products... The first thing that I bought was some Let The Good Times Roll... Now, I've been fascinated by this for a long while but never bought any until now. Let The Good Times Roll is a face and body cleanser. It has a popcorn/fudge smell to it which I love! The cleanser maize flour, polenta and cinnamon which may sound a bit weird but it works within this cleanser as it gently exfoliates the skin. I picked up the wrong tub and bought a bigger version by mistake so I am using it as often as I can. Its priced around £8 for a 100ml.

The next thing that I got was a Each Peach And Two's A Pair Massage Bar. Now again, I have been curious to try it but f=£6 for a solid moisturiser felt a bit indecisive to me but as soon as I smelt it, I had to have it! This massage bar contains peach, lemon and a load more citrus oils within the bar. It contains cocoa butter which makes the bar basically a massage bar but this bar is aerated so it glides across the skin smoothly. You can either use it on yourself or use on a partner... I'm a Bridget Jones spinster sort of person so I'll be using it on myself... Costs £5.95 each but goes a long way!

The last thing that I bought was my usual Catastrophe Cosmetic face mask. I am sure that I have talked about this before but it contains blueberries, chamomile and some other great things to calm down spots which is great for me as I am a lactose intolerant young adult... If you buy any product that has a black pot then if you get 5 then you can take the clean empty pots in store and get a free face mask! £6.50 per tub

I then went to Boots. If you're a beauty blogger then you will understand what I mean when I have to always pop into Boots and Superdrug as they sometimes have different offers on but I normally end up in there on a Saturday which means basically wanting to scream excuse me at people or kicking them slyly because they are moving at a rate of a a step per hour... Sorry...

I bought a Schwarzkopf Got2b Sea Salt Spray which I am going to be doing a review on as I have been dying to try it out for a long while and I feeling feeling very summery/mermaid like so I felt like it was the right time to buy it. It contains sea salt and does amazing things to your hair and that's all I'm going to say so you'll have to read my review to find out more... It was on offer for £3 for a bottle! 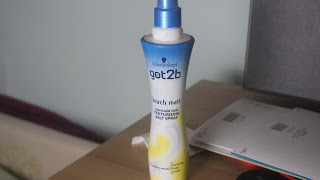 The last two things that I bought from Boots were by the same brand but I am also doing a review on them. I bought the Barry M Base Coat/Top Coat/Nail Hardener and the Barry M Aquarium: Mermaid. The mermaid polish looked so pretty and I can't wait to talk about them more in detail so you should read that review when it goes up also. They were £4 each. 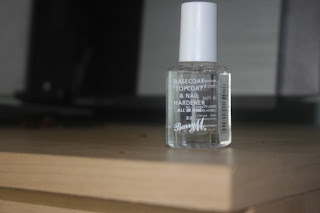 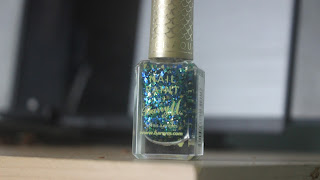 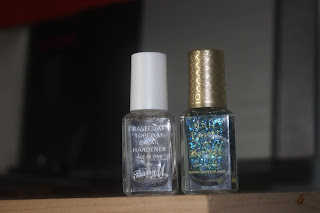 The last place that I went to was Yorkshire Soap Company... Yet again, I'm going to be doing a blog post about them but they are an amazing brand with some amazing products... I got some soap and that's all I'm saying on the matter as it will spoil the review if I revealed what I got as its a big part of the review! It was around £5 though and that's all I'm saying about that so go and check out the review when it's up! 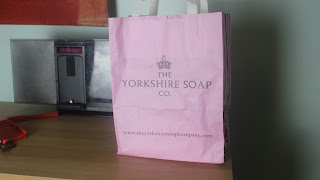 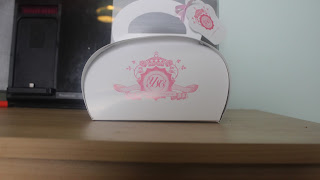 So I hope you've enjoyed this blog post! Don't forget to check out the reviews when they go and don't forget to watch the video that goes along with this! I hope to see you next time for another post!