This Is Music To Watch Boys To! | Lana Del Rey - Honeymoon Review 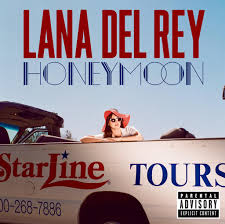 If you know me at all or if you follow me on any of my social media accounts then you will know that I adore Lana Del Rey. Lana released her third album called Honeymoon recently and I thought that I would review it which might inspire you all to listen to it.

Lana Del Rey has made herself known via her many songs and albums. She has an Ivor Novello, 2 Brit Awards and many other awards under her belt. She has also been acclaimed the most listened alternative female artist on Spotify. With her new album Honeymoon out, I thought I would just go through what she has created to make her stamp on the world last as many artists nowadays make one hit wonders and then disappear off the face of the world.

Born To Die was Lana's first album which showed us the slightly alternative yet cinematic music that Lana would be recognised for with songs such as Born To Die, Video Games and Summertime Sadness. Video Games was her first ever single and made her well known throughout the world with it's very Autumnal tune and authentic made video. 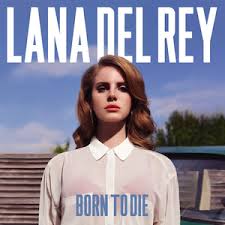 She then released an extended version of Born To Die which was called Born To Die : The Paradise Edition. This album showed us how different Lana could go musically without straying too far from the ethos and influences that crafted Born To Die with such songs as Cola, Gods And Monsters and Blue Velvet which went on to be featured in H&M's very well known Christmas adverts. 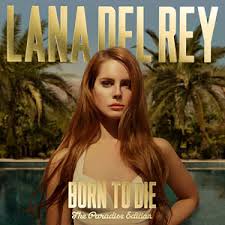 Tropico was then released. Tropico was the short film that Lana created which went alongside certain songs from Born To Die : Paradise Edition. Tropico shows us what can go on within the world and that the Garden Of Eden still exists to this day. With bubbles, apples, Marilyn Monroe and much more it makes it the only musically influenced short film that you will need to watch as soon as possible. 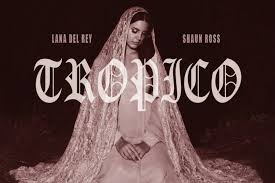 Lana then released Ultraviolence. Ultraviolence showed us that life can be glamorous just like Born To Die does with such songs as Million Dollar Man, Diet Mountain Dew and other songs but Ultraviolence shows us that there is darkness within life and life can be gritty. Songs such as Sad Girl and Cruel World tell us that the world is always moving but sometimes your sugar daddy based relationship can be troublesome. (I like your candy and your women. I'm so happy now that you're gone.) This now brings us to Honeymoon. (I'm sorry if I'm butchering your love for Lana via my words but I shall hopefully create a poem within my words just like Lana does with her songs.) 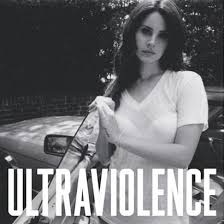 Lana who's real name is Lizzy has showcased the idea of the Stepford glamour that America is sometimes known for within all of her albums but with Honeymoon it takes a backseat slightly. It's still mentioned in songs like The Blackest Day and Music To Watch Boys To but Lana (real name Lizzy Grant) plays on the fact that the world is a better place on her own and plays the noir femme fatale in most of the album with her mixture of angsty 'fuck it' songs and her I need you songs such as 24 and Terrence Loves You. She's still searching for her man but also shows that the world isn't the most glamorous place but herself is.

Within this album, Lana wants everyone to not misunderstand her and take her as she is. Critics scrutinised Ultraviolence and this may be a slight dig at them with lyrics such as we both know its not fashionable to love me. This may be slightly nudging the critics and fans?

There is quite a good chunk of sadness on Honeymoon just like there is on Ultraviolence but there is also rage (High By The Beach where Lana just wants to be by the beach), violence, madness, bitterness to her ex which she slyly mentions and comedy. There is hints of comedy in such songs like Salvatore where she states catch me if you can, working on my tan which makes you want to slightly giggle.) There is also hints to living another life on such songs as Terrence Loves You where she just wants to go back to her other life where no one knows her,

Honeymoon is cinematic and has hints of noir which is typical Lana but its nothing like her other material. It slightly shows some positive within the world and makes you feel like you're going on a honeymoon with her music which may change due to the weather or something silly like that which happens on your honeymoon. It's so relaxing but catchy especially with songs such as Music To Watch Boys To and High By The Beach. The Nina Simone cover Dont Let Me Be Understood sums up what Lana is. Different, unique, cinematic with a hint of R&B and jazz. It's just an amazing album and I would give this a full 10/10.

I hope that you've enjoyed this post. I know its a bit different. If you've listened to Honeymoon then let me know what you think down below. I hope to see you next time for another blog post,

Listen to it on Spotify: https://open.spotify.com/album/5Y0viLQMeeXfwRh2Blx3BG