I was invited to the VIP preview launch of The Broadway Shopping Centre in Bradford a few hours before it opened to the public and I thought I would tell you guys about it.

The Broadway is a shopping centre that has took various years to build within Bradford due to many reasons such as the recession. The Broadway finally started construction over a year ago and with the commitment of builders has become a hub for many shoppers within Bradford and West Yorkshire. It has cost around £260M to create and will be the one of the central features of Bradford for many years to come. It contains stores such as H&M, Next, shops from The Arcadia Group (Topman, Topshop etc and many many more.

When I got the email saying that I had been invited to the VIP event I was excited not just because it was to a shopping centre but more to the fact that I live in Bradford and I spend Monday-Friday in Bradford Town Centre due to going to college there so being invited to the most anticipated and talked about thing within Bradford made me very excited to go.

When myself and Luke arrived, we talked to the security staff that were outside. We explained that we had been invited and were escorted throughout the centre to a place where we were given a map and a Press badge. We then decided to roam around the shopping centre taking photographs of most of the stores. They were shut as they were getting final things ready so they could release the store to the public. (I did go in after college as well so when I go a bit into detail about stores then its because I went in then as well as before it opened to the public.) 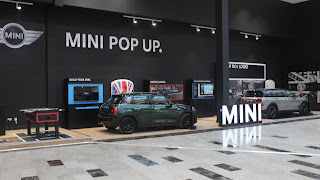 Debenhams is the first store that we passed due to the stand with the press badges were outside the store. The store is one of the anchor stores within the shopping 'mall' which means that it's quite a large store. The first floor that you can enter is massive and contains beauty stands such as Bobbi Brown, Illamasqua, MAC and many many more. I can imagine that on a Saturday this floor will be full of people getting their beauty product favourites for the months ahead. The second is more clothing which at the minute contains everything festive from casual jumpers to party dresses. The third floor contains more home things such as cushions etc, gifts including food gifts from brands such as Nandos and others, kids clothing and a restaurant. I can imagine Debenhams doing very well on it's very first store within Bradford.

The second store that I'll talk about in detail is H&M. If you have seen my latest hauls or anything like that then you will know that I love a good look in H&M. The store looks massive even though it's not one of the anchor stores. The lighting is amazing and I only had a look for a couple of minutes so sadly I couldn't see if they had the new Balmain collection. The mens stuff is upstairs and I can see myself popping in now and again to have a look/a naughty purchase after a long day at college.

We then passed the food court after passing the cinnamon scented stall which is Mr Pretzels which is on the other side of the centre. The food court contains some massive franchises such as Subway, Burger King and Taco Bell. It's the first time that Taco Bell has even been in Bradford/West Yorkshire as the nearest one is Barnsley from what I know. The court has sectioned out seats for different vendors and has a casual attitude such as Trinity Kitchen does within Trinity Leeds. I can see myself going in for a Burger King when I need a fix of food after college or something like that. 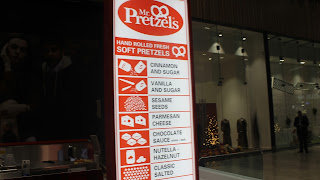 After having a roam about and finding fellow amazing blogger friends Kellie and Laura, we were told to go to red carpet section within the centre. We were then treated to speeches from the CEO of Westfield, Councillor David Green and the Lord Mayor Of Bradford which were exquisite and interesting to say the least. We were then also treated to a casual interview with X Factor & The Bodyguard Musical star Alexandra Burke who then cut the ribbon of the shopping centre and sung for us. She's an amazing singer! 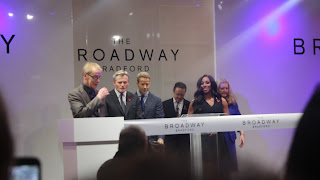 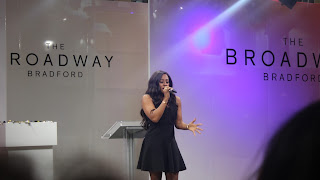 Myself and Luke then rushed to Costa due to their Christmas range coming out earlier that day. Luke was obsessed with the Black Forest Hot Chocolate so he knew what he wanted and due to myself having no clue what other drinks they had brought out I decided to go for the same. Costa Hot Chocolate with an added shot of Blackberry flavoured syrup, topped with cream, cherry sauce and a sprinkling of chocolate curls.

There was a friendly barista at the door that greeted us which I loved. I ordered, paid and then found some seats which I sat myself and Luke down at. I brought the drinks over and realised that behind every chair there was a tote bag embossed with a message from Costa and their logo which I was allowed to take. We chatted about our thoughts of The Broadway whilst being disappointed that there was no Wifi accessible within Costa which felt weird due to the general coffee shop stereotype of typing things up whilst drinking an artisan coffee. I drank the drink which is amazing. I'm not a big fan of Cherries but the Blackberry syrup made the cherry flavour a bit more subtle and kind of reminded me of The Comforter within a drink. Sounds odd but was delicious. There was also another barista that came round to ensure that everything was great. I doubt that they will do this often but its a great feature for an opening day thing. He was kinda cute and was interesting as we had a conversation about the fact that the drinks had changed this year including the Black Forest Hot Chocolate.

I think that The Broadway will do well in Bradford and bring in a lot of customers and income especially with shops that used to only be in Leeds such as Debenhams making it an easy pit stop for people who live in Bradford and want to grab something. I think The Broadway will do well and even though the wait has been long and anticipating it was completely worth it when I was there on Thursday. 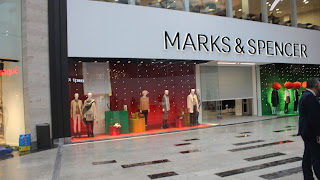 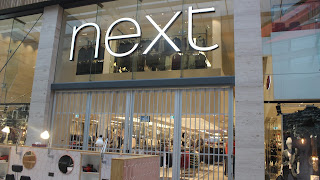 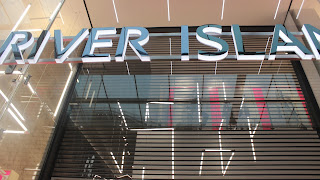 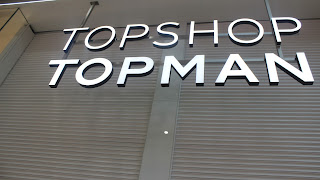 Have you been to The Broadway since it opened? If so then let me know down below! I hope to see you next time for another blog post! Thanks to the staff who invited me to the event!