If Life Was So Simple | Simply Nigella Review 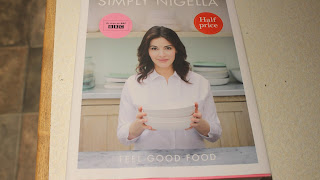 I hope that you are having a great Monday and a good start to the week! This week shows the start of Nigella Lawson's new series Simply Nigella. You probably all know that I adore Nigella Lawson as a person and her cooking style so I thought I would tell you about the book which goes along with the series in the blog post today.

So just to sum up Nigella if you've been living under a rock for quite some time or something like that, she's a woman well known for her cooking shows and books on various channels such as BBC and Channel 4. Nigella is also a freelance journalist and has written for various newspapers and some magazines. Nigella has also been a mentor on The Taste (which was shown on Channel 4) and The Taste USA. She has that much of a love for Italian food that she wrote a full cookbook on the cuisine of Italy which is called Nigellissima which was then later created into a show on BBC.

If you read my post on Nigellissima or if you check Social Media you will know that I adore Nigella so when I knew that I could get my hands on her newst book that I could add to my collection I was thrilled. I instantly went to Waterstones and preordered it. A week passed and I went back in to collect this cooking bible. I took it home with me and took a few pictures which I uploaded to Instagram as I wanted everyone to see what I had bought and more so buy it themselves.

I handled this book with care as I knew that in months to come I would be cherishing this book to make most of my meals out of. The book contains 8 different chapters offering their own uniqueness to the book which makes it an amazing book. They all have one thing in common which is simplicity hence the title of the book. 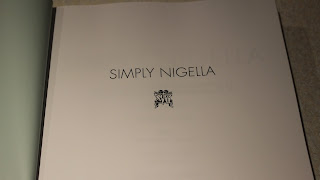 The first one is an introduction to the book. It also is the chapter where if you were to meet Nigella you would instantly realise how amazing she is before going into details about her life or details about her day etc. The chapter talks about how to get things that are slightly hard to purchase in your local shop which I think is great as you don't have to google some complicated ingredients and spend two weeks tracking it down so you can use it in one recipe. Nigella also talks about what cooking means to her personally and why she created this book. She wanted a book that would fit in with life as she believes that what cooking is all about. It's making food that suits you when you need it and something that isn't a chore.

The first recipe based chapter is called Quick and Calm. The chapter kinda explains what it is in its own entirety but I think that the chapter is all about food that is quick time wise which may mean cooking time or prep time and calm to cook so you're not making 20 different dishes that all need to be cooked in 15 minutes for a party but you're cooking something quick to satisfy your hunger needs. 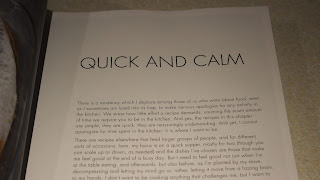 This includes recipes such as Feta and Avocado Salad with Red Onions, Pomegranate and Nigella Seeds. This is a quick recipe but its calm at the same time. You're not trying to fry something within 5 minutes but instead you're just making a calm salad and making it luxurious with Red Onions, Pomegranate and Nigella Seeds. (Sidebar, if I shared a name with a seed and I was a cook, I would have it scattered on top of every dish because well the seed shares the same name as me.) There's also things such as Miso Salmon which may take some time roasting in the oven but its a quick dish to prepare as you only need to do a few things and then leave the fish in the bag to marinate and become succulent before cooking it. There is also dishes such as Prawn and Avocado Lettuce Wraps which are a modern twist on the infamous Prawn Cocktail which means all you have to do is calmly prepare a few things and then there you go a dish is ready to eat which you haven't stressed about. 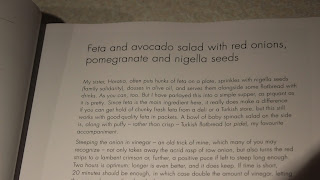 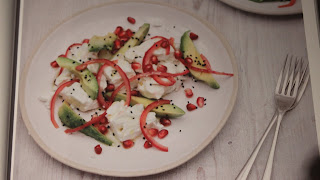 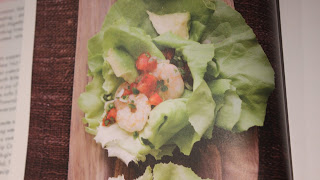 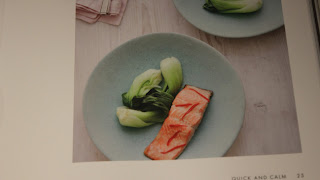 The next chapter is all about bowlfood. I don't think I really need to explain what Bowlfood is. Nigella thought it would be good to create some recipes which need to be served in a bowl and enjoyed in bed or on the sofa where you can enjoy the food and yourself at the same time. I am partial to a good helping of bowlfood every now and again especially when it gets even colder and all you want to do is stay in your bed and watch TV/YouTube/Netflix. There is a good amount of bowlfood recipes such as Shepherds Pie and other amazing things but I've read my way through the book and chose three great recipes. 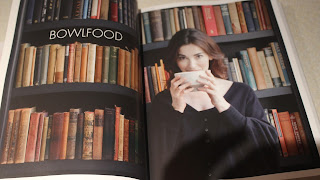 The first one is Thai Noodles with Cinnamon and Prawns. I believe that this is a great recipe for when it gets colder or you want something hearty but doesn't take too much time. I love Thai Noodles, I love the scent and taste of Cinnamon as the warmth from the Spice instantly reminds me that the colder months are just around the corner and Cinnamon does amazing things for your body such as muscle spasms, your immune system and much more. 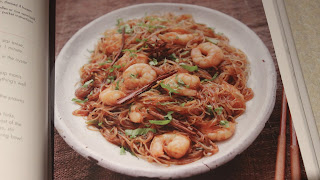 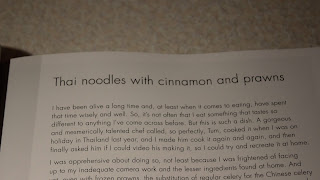 The second recipe is Sweet Potato Macaroni Cheese. Macaroni Cheese is a comfort soother but is also made for bowlfood. The addition of Sweet Potato makes it vegetarian but it also gives it a nice Sweet yet Savoury taste to the dish which also cuts through the creaminess of the Macaroni Cheese. I probably would eat it all in one go from the bowl I cooked it in but it is instantly something I would cook when I need a little soothing. If you add a little spice to it then it would be amazing for the Winter months. 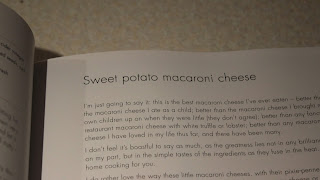 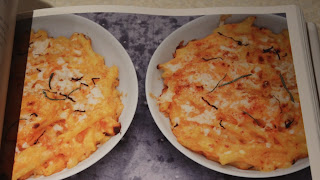 The last bowlfood recipe is Pasta alla Bruno which is based off her sons favourite dish. In my opinion any pasta dish is amazing in a bowl in my opinion but this pasta will be fit for queens, 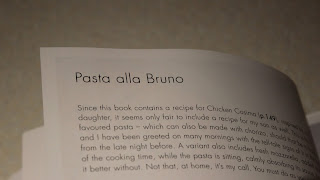 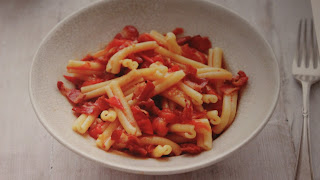 There is other chapters including Dine, Sides and a few others. There are some amazing recipes such as Short Ribs, Sake Drumsticks, Chicken Cosima (based off Nigella's daughter), Leek Pasta Bake and a few other savoury dishes. I also love the Cookie Dough Pots and Nutella Brownies which only have four ingredients. I'm planning on doing a few of these for my food series which will be coming soon. There is another chapter which is based off mornings which has the cult classic Smashed Avocado's On Toast.

The series shall be starting tonight and hopefully includes a few of the recipes mentioned above. If you have some tonight then watch it if not then you will be able to watch it on BBC iPlayer at a later date. If you adore Nigella then don't forget to comment down below. I hope that you are having a great day and I hope to see you next time for another blog post.