I got invited to an event at Lush Leeds Spa as they decided to revamp their store in time for the new year. (I'm also classing this as a Diary Of A Meowing Lushie post as well its about Lush and it makes sense to put them with the other DOAML posts. This post is probably going to be a long one so it might be best if you make yourself a cup of tea/coffee/hot chocolate/wine and some food beforehand.

Oh, also I don't take great photos so the photos in this post won't be amazing but you can just look at the pretty products in the pictures instead of caring about how good the lighting, shot etc is.

Before the event itself, myself and Luke decided to go to Trinity Kitchen to meet some other Leeds bloggers for something to eat. This included the lovely Faith, Kariss and many others. Myself and Luke finally met them and chatted for a bit before I went with Kariss to go get some food. I ended up buying myself and Luke a burrito from Tortilla because I know that I like burritos. I made my way back to the table, took a picture of my food for Instagram like any other blogger would and ate my food. We all then talked about anything and everything blogger wise, Faith had bought a Paneer Wrap from Manjits Kitchen but they had given her and her friend an extra one so she shared it about (in Luke's words like it was a drug) for everyone to try. I was a bit hesitant because lactose but I tried it anyway and oh my god it was gorgeous. The Paneer was to die for and I already know that I am going back into TK to treat myself to one.

Everyone else then decided to go to MeatLiquor for a cocktail but as I had no ID, myself and Luke thought it would be a good idea to go to Costa instead. We bought a Black Forest Hot Chocolate each and sipped it whilst chatting to kill time before the event. I love the Black Forest Hot Chocolate as it's sweet but fruity at the same time and slightly reminds me of The Comforter in drink form.

We made our way to Lush and talked to Kellie and a few other bloggers outside whilst things were setting up inside. We made our way in, gave our names to the woman with a clipboard, chatted to Urika for a minute or so then decided to look around the revamped store seeing what things they had done to the store. We did this whilst having a glass of something sparkling within our hands.

The first place that we ventured into was the island of bath products which now had an adorned 'Take A Bath' banner above it with cone like accessories dangling above the products. The store have not added anything since I last went in but the island was filled with all of the Christmas exclusives and some of the items from the new Winter range such as the new bath oils (check out my Lime Pastille bath oil review here) and the Big Bang Bubble Bar. 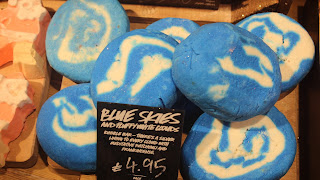 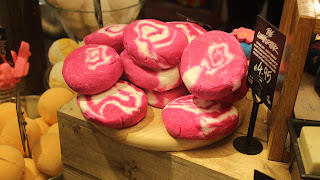 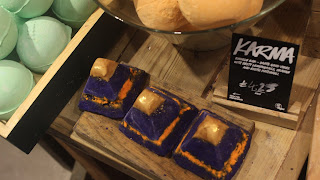 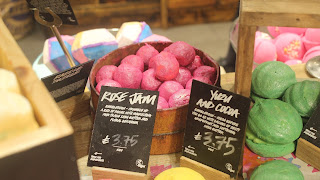 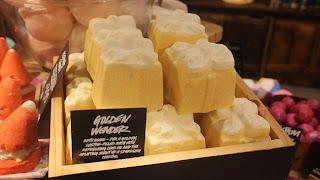 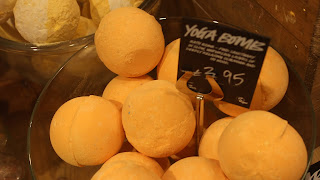 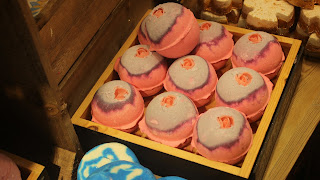 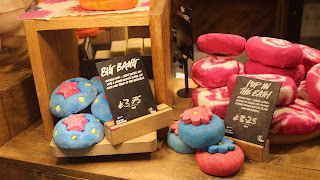 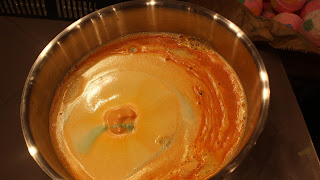 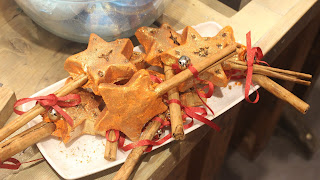 We then wandered around the Face Mask section where there was a member of staff behind who we talked to. She asked us about blogging and how busy the day had been and things about the Face Masks including the Christmas Exclusive Cranberry Face Mask. 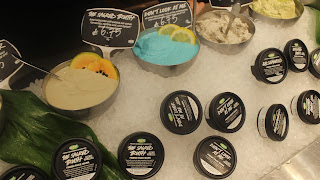 We then wandered around to the new Soap section which is now behind the Face Masks. Another staff member came up to us and talked about the soaps and which one was our favourite. Luke said Snowcake which I absolutely loathe whereas I said tie up between Honey I Washed The Kids and Reindeer Rock (I love the Comforter scent to the point where I did a blog post about it here). 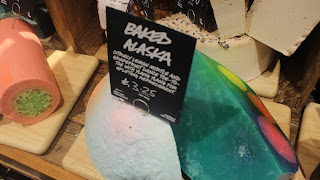 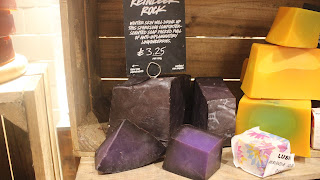 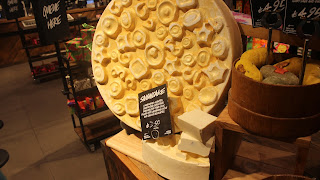 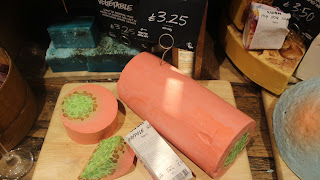 We then wandered onto the Gorilla Perfume section which had been moved from a corner to next to the Shower products. I rarely use the GP range due to not really knowing the scents but I am fascinated in that they change scent depending on the PH level of your skin which means that it is different depending on where you apply it and if another person uses the same scent then it can have a completely different level of scent to it. I talked to Urika about them and she explained that she likes Vanillary and Sun so I tried them both out and oh my god I am in love with both of them. They do liquid and solid versions but as the solid ones are a lot cheaper then that means I may treat myself to one in the future. 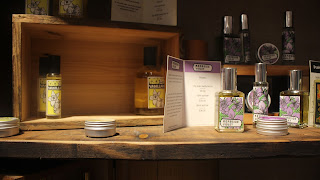 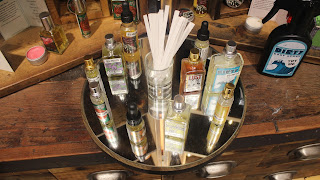 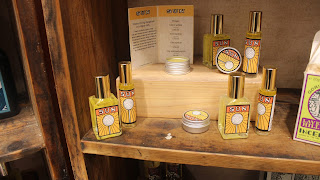 Luke wanted to smell the new Shower Creams as he was tempted to buy one but wasn't sure which one he actually liked. The fact that I also have The Comforter Shower Cream which I swear by may have influenced him wanting a look. He realised by the end of the search that he liked both Beautiful and Wash That Man Out Of My Hair due to the citrus and fresh notes in both products. We chatted to Urika a bit more and then ventured onto the hair section. 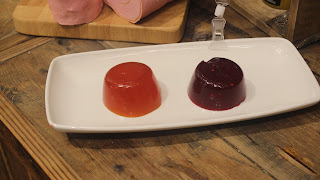 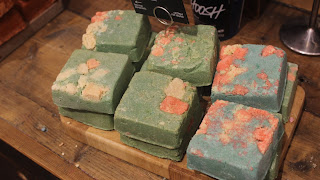 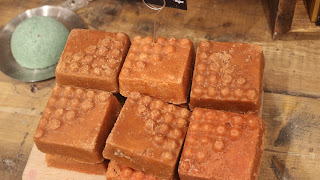 Now, I only really ventured into Lush's haircare when I went to the Oxford Street store due to the Hair Lab (I did a blog post about the samples I got from it and what I thought of them and you can read it here) so I was wondering what differences they had made to the section as I had checked out the haircare section more in detail since around September. They have put more of the products onto shelving and grouped things together such as the Hot Oil Treatments which I haven't tried yet I have one somehow and other things such as the styling products such as Queen Bee Hair Honey which is great for afro like hair or Hair Custard which adds moisture and shine to hair but also smells like custard! 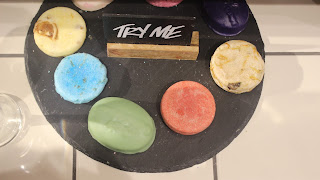 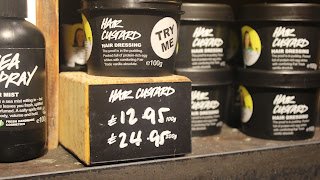 We then decided to make our own Butterball because why not? I did do this before and I said that I would tell you guys about it in another post which I didn't get around to doing so I shall sum it up right now. You put on a pair of Lush's infamously known blue gloves. You then mix the ingredients together which had already been done for us which Citric Acid, Sodium Bicarb, Cocoa Butter and a few other things. Once you have done this, you grab one half of the mould and pack as much of the mixture into the mould, you repeat and then you press the two together and twist the two together until they join together and form a ball and voila you have a Butterball! You have to leave any product that you make from Lush for 24 hours so the product can fully set. Luke had a bit of trouble with putting on the gloves but otherwise we both managed to make one which we got to take home with us.

After roaming and picking up products for a bit longer, myself and Luke decided to go downstairs to the spa. (Well, it is called LUSH Leeds Spa for a reason!) We went down the spiral staircase into a world of imagination. I would like to say that I'm joking but it is literally a world of imagination and is nothing like the shop floor. We wandered around and ended up in a treatment room which we took a few pictures of. After about two minutes, someone came in and told us that the room that we had stumbled into was actually the treatment for The Planets which contains three parts to represent the past, present and future. If you want to know more about the treatment then click here. There is also more treatments that go on within the Spa including one simply called The Comforter which contains a Comforter Chocolate body mask which sounds amazing especially to someone who loves The Comforter scent. If you want to know more about then click here. We also ate some sandwiches and cake that were offered within the Spa which were delicious. I was then treated to a hand and arm massage with an oil treatment that they use within the spa which I can't remember the name of but it was simply divine. We then went back up to the shop floor to buy some products and do anything else. 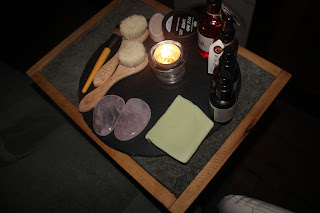 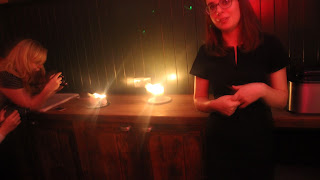 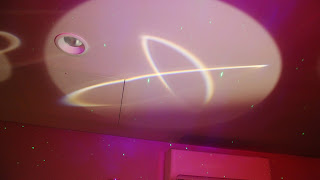 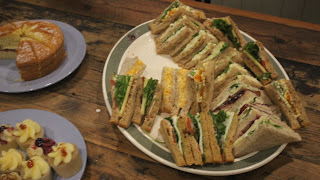 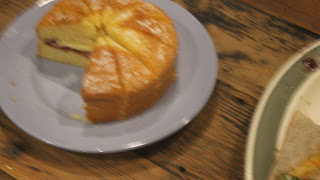 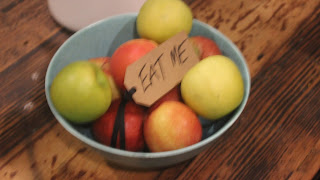 I then decided to spend some money on some products but wasn't sure on what I wanted so a lovely Lush staff member helped me out or tried to in my case and then I decided exactly what I wanted. I also received a goodie bag from the event which I am so grateful for as it has all gone in my Lush drawer. I shall be doing another blog post explaining what I got so look out for that soon!

I am so grateful to Lush for inviting me to this event and I can't thank them enough. I also met Urika which I am so grateful for as she is amazing. I hope that you have enjoyed reading this post and looking at the photos. I hope to see you next time for another blog post!