Welcome to another post. I thought today I would talk to you about the relation of shoes and superheroes as they are two of the most trending things in the world within the last year. The post is going to be a bit of a lengthy one so I'd grab a drink before reading!

With all those flashy powers, glitzy lifestyles and heroic antics, the humble aspects of a hero’s life are sometimes overlooked.  For example, consider the demands of a superhero’s routine such as dashing to and from crime scenes and kickboxing with villains, I wonder what kind of shoes should they wear?

Think of The Flash and then imagine him wearing a pair of sandals. Super speed and flip flops wouldn’t work with the rest of his outift or end well when it came to running, would it? No! Superheroes wear footwear that aids their abilities but has also become iconic in its own right.

Footwear retailer Brantano has gathered some of their favourite shoes that certain superheroes wear.

The heroine everyone recognises, Diana Prince (a.k.a Wonder Woman) is one of the longest-serving female superheroes. She made her debut in 1941 and is back in the public eye thanks to a brand new look for her role in the DC cinematic universe which is also known as DCU.

Her classic look is one of confidence and vivid colour. Alongside her iconic bracelets and tiara, WW wears red knee high boots with a signature white stripe.  In a practical move, many of her comic boot appearances have avoided high heels in favour of flat boots. In her latest appearance, Gal Gadot’s heroine is clad in armoured knee-highs that have sandal-style straps and a wedge heel. Impractical? Maybe. Stylish? Hell yes! 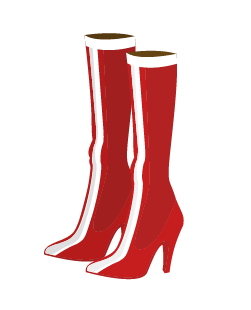 Peter Quill/Star Lord was portrayed by Chris Pratt in 2014’s Guardians of the Galaxy. His charisma helped lead a team of misfits against supervillain Ronan whose forces were threatening the galaxy. While doing this, he stays on trend thanks to a space cowboy inspired look which includes a pair of reddish-brown walking shoes that are topped with knee-high greaves. The kicker? These boots have rocket boosters in them enabling Star Lord to cross large crevasses and thrust his way through the non-gravity of empty space. 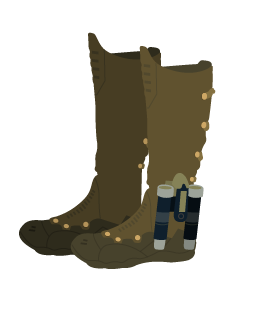 Think of Superman and you immediately think of blue and red, a pair of red spandex and cape over the famous blue costume. However, the look wouldn’t be complete without the boots to match. Superman, when not hiding behind the Clark Kent alias, wears his just below the knee greaves with oodles of style. Even in his latest, more realistic portrayal by Henry Cavill which has removed the comic book briefs, Superman still wears his bright red boots. Proof you need to stick with your signature style! 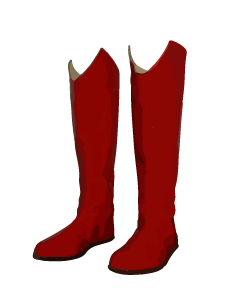 The Mighty Morphin’ Power Rangers were a TV phenomenon in the 90s (their reruns made up a good majority of my childhood) but are set to launch themselves back into the public eye when their new action film is released this year. Combating Lord Zed, the team of heroes take their instruction from Zordon but seem to take fashion tips from more famous superheroes, as they also wore colourful knee-high boots! 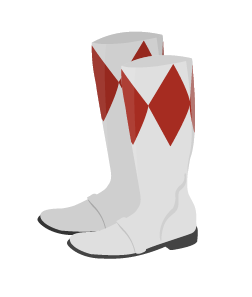 The latest version of Captain America (played by Chris Evans) is a no frills superhero that mixes patriotism with strength. Styled to portray a man who withstands no nonsense, the Captains costume is a jumpsuit style military get up that doesn’t mess around at all. Like his outfit, his boots are all about utility. Combat boots with a thick sole. They’re perfect whether he’s pursuing crime on foot or on his motorcycle. 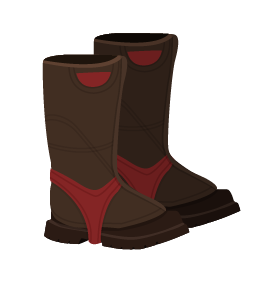 The clown prince of crime isn’t just the arch-nemesis of Batman, he’s also a challenging role for any actor to take on! In what is arguably his most famous on-screen appearance, the Joker was immortalised by the late Heath Ledger as a dark, psychopathic villain. Interestingly, in this entire list, he’s the only character to not wear knee high boots which is slightly odd I suppose! His iconic purple suit caught the eye but it was a hidden knife in his brogues that surprised Batman plus they looked great with brightly-checked socks! 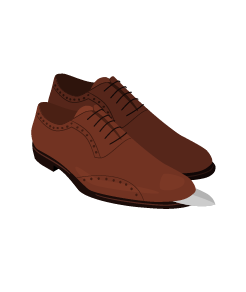 Ultimately, there’s a lot to be learned from superhero fashion. A longer length pair like knee highboots must grant some sort of secret super power considering almost every superhero is confidently sporting them. Maybe the real secret to heroism and fame is a good pair of knee highs? Who knows?

Is your wardrobe inspired by any of the above mentioned superheroes? Do you have strong opinions on knee high boots giving people secret super powers? Let me know down below!

This blog post was in collaboration with Brantano. All views of superheroes are my own.
Posted by jamiesowden at January 16, 2017