Welcome to the second post in the Jamie Spills The Tea series where I discuss and educate you on some of the best members of the LGBT+ community. Today's post is all about the Queen that is Michelle Visage! 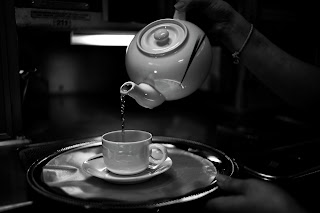 Michelle Visage is an American singer, TV host, radio DJ, author and TV personality. Michelle started her career off by being in a band called Seduction who are most known for their single 'Two To Make It Right.' Once 'Seduction' had separated, Michelle became the lead single of The Soul System. Visage then later became the cohost of The RuPaul Show. She has also been a judge on Rupaul's Drag Race & its spinoff 'All Stars' since January 2011. Michelle also went into the UK Celebrity Big Brother house on January 7th 2015 and came out in fifth place.

Michelle might be a straight woman but she is definitely an ally and the whole LGBT+ community needs more allies within the world especially in todays day and age. Michelle is all about bringing love and honesty to the world and I think that it is the best thing in the world!

Although this goddess is all about love and positivity, she will definitely ensure you that she is doing her job correctly when it comes to judging on the show 'RuPaul's Drag Race'. Michelle will critique the contestants on what they need to do in order to better themselves and I think that it is the best thing to do as I think that the entertainment business is a tough one to go into and you need someone that will tell you exactly how to further yourself, You probably already have someone like that in your life and although you probably think that they are a bitch sometimes they are only doing it because they want you to be amazing. Michelle has been known to get insults and death threats via social media from doing it and I think that it is an awful thing to do. You might not like how a show goes but the show only goes on for so long and then once its ended everyone on it goes back to working hard in the real world. (This has happened several times so I am not referencing or shading a particular queen!)

Michelle won the hearts of the UK when entering the CBB house ensuring that she would stand up for everything that she believed in and she did (especially against animal looking Perez Hilton) .and I honestly think that we need more to be doing that sort of thing! She has helped so many drag queens and fans of Drag Race via her social media (like the teenage boy who was kicked out of his home whos tweet Michelle retweeted and checked up on after).

In the words of RuPaul and Michelle Visage, the best way to sum Michelle up is that you're born naked and everything else is drag.

This isn't sponsored but if you want to buy Michelle's book then click here. It's a great book and I urge to either find it in book stores to have a little look or to buy it and read it when you can!

Do you also love Michelle Visage? Let me know down below!

Thanks for reading the second rambling blog post in the Jamie Spills The Tea series. I hope that you have enjoyed it and I hope that you come back next week to spill some more tea with me!

Thanks for reading!
Jamie x
Posted by jamiesowden at January 11, 2017