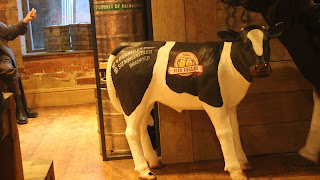 If you know me at all then you will know that I spend most of my time in Leeds due to not a lot of things going on in Bradford but time's are changing and this week I was invited to the preview VIP launch of the Bradford Bierkeller and Tiki O Bradford. Sadly, I couldn't stay for the Tiki O launch so the post is mainly about the Bierkeller.

We arrived slightly early so we decided to wander up to the Wetherspoons that is next door to the new establishment. I knew where I was going for this event which is a first as it was a minutes walk from the college that I go to. We decided to have something to eat and to use their wifi. We talked and spent time then we walked for about a second to the event.

We walked into the cosy building which had the TARDIS effect as it was much bigger as soon as you stepped in. We didn't really know what to do so we sat down at a bench and within a few minutes realised that we got a ticket to get waitress service and other goodies. A waitress came up once I had taken some pictures. She explained that we could choose between a beer cocktail or a stein and that there were bratwurst and pretzels.

We decided to try out the steins as they seemed pretty interesting and as we were in a german influenced Bierkeller we thought it would be best to try the traditional stein and then if we're in when the bierkeller is open for the general public then we would try a cocktail then. We were also planning on going to Tiki O so we thought they would be more cocktail based... The stein had a lovely taste to it and reminded me slightly of The Simpsons/something you would get in Germany due to the size of the mug and the contents. 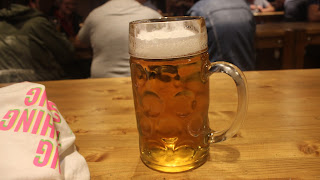 We then realised that we were on a bench with the staff from the Alhambra Theatre which is next door. We made conversation with them and tried explaining what a blogger was and basically what I do... We all then resorted to our phones. We also talked to the staff who were wearing German yodeller inspired clothing. They seemed pretty happy to be working at the Bierkeller which is great because happy staff who love their job make any business that little bit more better.

We then decided to set off because we needed to get home. I thought that Tiki O was already open by this time but they weren't open for another half an hour or so therefore we decided to go home. At this point, the oompah band were performing and from what I can tell it was amazing as it contained german hymns and made everyone get up on their feet. 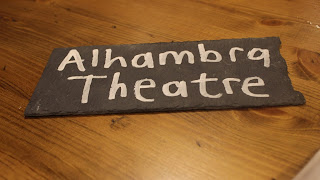 All in all, the Bierkeller is an amazing place and has helped Bradford mould into a slightly indie yet great place to go drinking with all of the other drinking establishments that are on North Parade. I think that the Bierkeller will be amazing within Winter as it will add to the festive atmosphere along with the German Christmas Markets that are in Bradford. Students will love it as on a Wednesday from 5 onwards, certain drinks are £1.50. There is also stage games going on the night and Keller Pong which will make this a perfect place to go as it offers a lot for students and is in a prime location. This place is going to do wonders to Bradford. 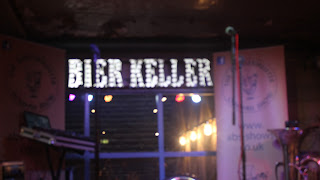 Have you been to either of the new places mentioned above? Have you been to Tiki O yet? What do you think of new drinking establishments coming to Bradford? Let me know in the comments box down below. I hope that you have enjoyed this and I shall see you next time for another blog post!