Meow, so a few weeks or so ago, I got a twitter notification saying that I had been tagged in The British Tag.  I knew to some extent what it was as I am a fellow YouTuber as well as a blogger. I don't do videos that well like my blog posts but they are still videos nevertheless. Let's crack on with the questions and such... I got tagged by Carl (ABlokesEyeview) Such fun!

Now, for the people that don't know what The British Tag is then I shall explain. The British Tag is a set of questions to do with stereotypical British things and then once you have answered them then you tag people to answer the same questions until everyone's done them, I think? 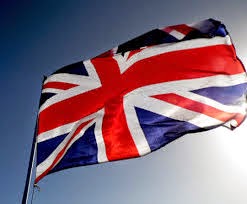 Q1: How many cups of tea a day do you drink and how many sugars do you have?

A1: Now, I stopped having tea for a long time. My brother started having a thing for tea and this is when I started drinking tea again. Now, as Caffeine sometimes triggers my anxiety, I have started to drink mainly non caffeine/fruit infused tea. I normally have a cup every other day if I am feeling it. I have two teaspoons of white sugar and one teaspoon of brown sugar in my tea. I have a weird thing for putting brown sugar in when I use white sugar. Light by the way. Dark brown sugar is very rich even for cups of British tea.

A2: Bourbon... Always a Bourbon.. Even with my lactose intolerance. Most biscuits have some sort of lactose in which is kind of annoying but I don't mind as long as they're a good biscuit then I'll dunk it in some sort of liquid... *insert innuendo here* (I had a phase of dunking bourbons into Orange Coke... Well, half fanta and half coke...)

Q3: Favourite part of a roast?

A3: Does stuffing count? Im a sucker for some good meaty stuffing... *insert innuendo here* If it doesn't then I'm going to say Roast Potatoes.. Especially when they are fluffy on the inside and crispy on the outside. Roast potatoes roasted with some Rosemary is really delicious!

A4: I genuinely don't have any British past times in my repertoire so I am going to say English Cream Tea and hope that counts? I mean it is quintessentially British so I hope that it counts.

A5: So, I have a few favourite words thanks to Miranda Hart so I shall list them. Moist, plunge, cocoon, plinth.

A6: Isn't that something that Londoners and TV stations such as BBC and ITV use to pull in their audiences.. All I need to say is Take Me Out, people...

Q7: Favourite sweet?
A7: I am going to say Cola Bottles/Gummy Bears... I am also a big fan of Chocolate Limes and the sour snakes from the Natural Confectionery Co... I don't know if they're still a thing. I also love popping candy if that counts?

Q8: What would your pub be called?

A8: Easy! The Kinky Tiger or The Meowing Tiger.. Don't judge me.

Q9: Who's your favourite British person?

A9: I'm going to say either Nigella Lawson, Miranda Hart or Mary Berry.

A10: My favourite shop depends on what I'm shopping for.. So this may take a while... My favourite beauty shops are Superdrug and Lush... I like Boots but I feel that it can become a bit of a maze at times whereas Superdrug sometimes doesn't. Fashion wise, Pulp and Burton. I love being alternative. I had blue hair at one point and I now have a facial piercing... Pulp is expensive but I love how friendly the staff are and how cute the clothes/staff are... I love Burton as well as they normally have a sale or an offer on... Their clothing is also great and the staff are normally friendly... My favourite restaurant changes sometimes... In London, there is this restaurant that I cant remember the name of in Chinatown which is amazing. I also love TGI Fridays and Cabana... Don't judge me... I want to try Five Guys for the Coca Cola Freestyle machine and I also want to go to The Fat Duck in Bray as I love Heston Blumenthal's sense of cooking/gastronomy.

Q11: What British song pops into your head?

A11: Wannabe by The Spice Girls. Geri in that dress is all I need to say... (I also know all the words to Wannabe including the rap chorus by Mel B...)

A12: I HATE IT! I just hate the smell and taste of it. I think if a small amount is used in something that covers it up then I wouldn't mind it but if it's on its own then nope.. It just isn't for me.. Sorry, Marmite but no.