Is It Safe To Be Gay In The UK

Welcome to a brand new blog post! I think the title says it all really but I thought that today I would talk to you guys about why I believe that it's not completely safe to be gay in 2017.

I know that within the UK, we have some rights that ensure that we can be ourselves and we have things such as a legal same sex marriage now compared to things in countries such as the United Arab Emirates and Russia where being gay endures harsher punishments such as jail and concerntration camps but not everything within the UK is rose tinted spectacles. 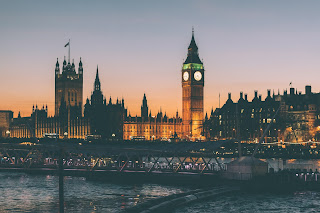 Let's take going on a date for example... You have to awkwardly seem like you're just two friends catching up in case a staff member catches you and they chuck you out due to the news stories such as the Bakery denying a same sex couple to have a cake made for them. You then can't really show any affection and you're always scared on the actions that you make whilst you're on said date because in public, someone might cause harm to you... The lightest harm might be name calling and the hardest harm that might happen might be physical harm such as being beaten up for being something that you can't control. You end up realising that it's just easier to invite them to a date at home due to the amount of hate that happens...

I know that name calling might not sound like a big deal but when it happens time and time again, it slowly chips away the foundations of your self confidence when out and about.

Sadly, I've had some of the above thrown at me whilst being out in the public and it just makes you feel like you should be like you shouldn't be who you are because then you'd feel safer

Obviously, it doesn't happen everytime but it happens the majority of the time which is the sickening thing.

Sadly, media has helped to socialise the general public and reinforce hegemonic ideas into their minds via using minorities such as homosexual people as scapegoats to ensure that the general public steer their minds away from the truth and put their anger and frustration into something/somebody else. The general sort of lines include the fact that homosexuals are the epicentre and vessel of HIV or AIDS and if we didn't have them then the count for that would be lower when in fact the passing of HIV/AIDS can happen via sharing things such as needles which can be used by anyone not just homosexual people or they write some spiel about how something can ensure that someone is homosexual such as smoking marijuana. I'm not promoting marijuana but how can smoking something once make you instantly be sexually interested in the same sex as yourself. It's ridiculous... I know the nature/nurture debate about topics such as sexuality is a massive thing within society but I honestly doubt the nurture side can happen via partaking in something once...

I know that we have rules and laws in pace such as the Equality Act which ensures that no discrimination against people who are disabled, different sexualities, ages etc but does everyone actually know of this act and do they abide by it because if so then would we really have this much hate which has even gone to murder before because I honestly doubt it if we did... I know that some wouldn't abide by it but not as many that do in today's society.

People aren't safe in the UK but if we gave a little more tolerance and acceptance then we can make society a better place for minorities such as people of colour and the LGBT+ community. Just please take that into account.

What's your opinion? Let me know down below!

Thanks for reading!
Jamie x
Posted by jamiesowden at August 28, 2017