Makeup has stereotybrpically been manufactured and marketed towards women within the modern society that we live in today due to the stereotypes of women only being able to wear and use makeup that is portrayed and reinforced by the media but I believe that we're slowly becoming a society that strives for equality within the cosmetics world.

Men were only known for using makeup to hide flaws and to ensure that their skin looked perfect and matte for the camera via film and TV productions as they wanted to ensure that the audience would respect them and look up to them as an role model.

The only other time that the world saw men using makeup was in the form of teenagers due to being in a 'phase' of being alternative or men who have been/are in alternative bands. They have normally been mocked for wearing said makeup in a homophobic manner which in fact what we should be doing is acknowledging that they wear makeup and letting them get on with their lives.

I'm glad that makeup brands accept all sexes and genders into their target audiences and campaigns.

Illamasqua are a British company who believe in letting their customers be whoever they want to be no matter what which is amazing within this day and age. I also love how they sgare any of the looks that are created with their products and that they create amazing collaborations with people such as Michelle Visage to further ensure that everyone knows that it's fine to wear makeup no matter who you are. 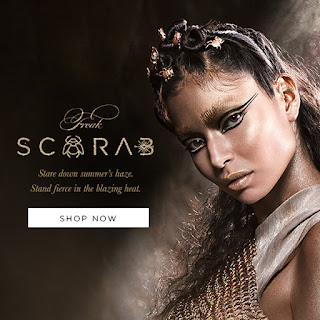 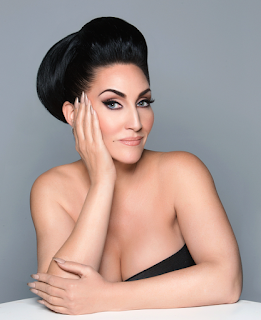 Urban Decay used stars of RuPaul's Drag Race within a campaign about their new products where the stars put the products on and went out to perform for the night. Once they had done this, the stars then reviewed the products. Even though some might say that Drag Race getting commercial success may be negative, a postivie outcome like this is great for the modern society that we live in today.

To further that men in makeup are getting commercial success is Manny MUA (a well known YouTuber) who was in a mascara advertisement for the globa makeup brand Maybelline. This shows that anyone can work their way to the top and get what they want but also that mainstream brands are working towards ensuring that everyone has an equal chance of appearing in their advertisements.

Basically, no matter what gender, everyone should be able to wear makeup and I think that ourselves as a world are slowly embracing this more and more.

I've dabbled in makeup before and I hope to develop my interest more and get into makeup.

What's your favourite makeup product? Let me know down below!

Thanks for reading!
Jamie x
Posted by jamiesowden at August 02, 2017