How Much Do Celebrities Get Paid For Reality Shows?

Today, I'm talking about how much celebrities get paid when it comes to reality shows which you probably guessed from the title. I thought that it would be a good time to talk about this kind of thing due to I'm A Celeb and Strictly being on and then once these shows finish, Celebrity Big Brother will be back... 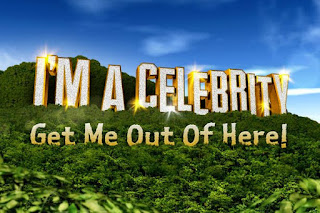 I think the best way to do this post is to talk about the statsics which have been brought by Conversations By Her and Cash Lady. If I have the time then I will embed them at the bottom of the post. The three shows that I will talk about are I'm A Celeb, CBB and Strictly Come Dancing.

Spencer Matthews (known for his roles of himself in Made In Chelsea & The Bachelor.) ended up controversially being in the media during his time on the reality TV show due to taking steriods and not informing the producers of his intake beforehand. Spencer earnt a whopping amount of over £300,000. Susannah Constantine (known for being a fashion journalist, a designer and for her role of herself in her many ITV shows with costar Trinny Woodall) made a total amount of over £200,000 and the nations favourite Lady Colin Campbell (known for being a writer and socialist) earnt around £70,000.

Favourite to win and Olympian Claudia Fragapane made a successful amount of £100,000 for appearing on Strictly Leslie Joseph (star of ITV's Birds Of A Feather) earnt £25,000 and Will Young earnt the least amount of money on the show due to quitting. He earnt £5,000!