This had to be done and this is probably going to be a bit ranty* so it might be best to go grab a drink (non-alcoholic or alcoholic, we don't judge) and get ready to read. (*Ranty means that it might not make much sense.) 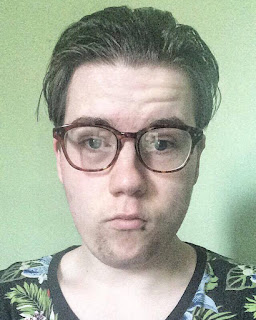 I feel that a lot of people are going to read the title of this post and go 'you're only writing this as women go through this on a daily basis' when in fact I'm writing this because both sexes get an equal amount of shit and men don't really talk much about it for many reasons. This might be due to the stereotype that men have to not show their feelings and not discuss anything thats not overly masculine as they fear a lack of masculinity. Who knows because I definitely don't.

Everyone needs to talk about their body confidence no matter what age, gender, sexuality etc that you are. If you're feeling body confident then it's great to turn to your friends or whoever and be like, you know what? I actually feel great and I feel confident about my body. I'm not going to think about what people think and look amazing' and if you don't feel that confident then just talk to a friend and make sure they help you resolve why and help you via maybe complimenting you.

The media portrays men and women in such stereotypical and disappointing ways when it comes to the media. Just look at celebrities and models that are depicted in many print, TV and digital texts. They're airbrushed to hell with edited lighting. They get their makeup and hair done professionally on set to make them just pop within the light. (Yes, guys get makeup on them for things such as shoots.) Abs get more scuplted, things get thinner, things get taller such as limbs, things look more contoured. Everything can be perfected within the click of a trackpad. David Beckham doesn't look perfect all of the time, Kim Kardashian never always looks as good as she does on the cover of magazines.  Things happen so the audience of the media text go ohh and ahh and want to buy whatever is the main pull (this could be a magazine, a razor, anything.)

Men have the points of being up against male celebrities that look amazing via the above but they don't have to try and be like the above/what media perceives as 'the best' and they can just love themselves for who they are and rock it as much as they can. Men can have a beard to feel confident but at the same time they don't have to have a beard to feel confident about themselves and their body. Men can have thin or muscly arms to feel confident about themselves and their body. Men can be thin, average, slightly muscly, not muscly, have no abs, have a 2/4/6+ pack, slightly chubby, chubby or fat (before you start saying anything, yes plus size is a word but guess what it's fat that we have on our body) and feel confident in their own skin. They can wear anything they want such as a vest and shorts without feeling like they have something to be shameful of. They can be themselves and rock it and media needs to stop pushing this idea of the perfect person.

I hope that you have enjoyed this blog post and come back to read the next one!