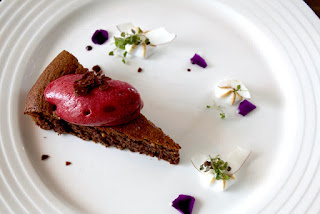 A couple of weeks ago, I was invited to Leeds City College to showcase their Printworks Campus and all the food that they have on offer during the year so I thought I'd let you read about what we ate and a little bit about the event. Michelle took the photos as she's an amazing photographer and a great person.

It started with meeting Michelle in Leeds Train Station (the 2nd biggest train station within the UK), we chatted and made our way up to Trinity Leeds as I had an appointment at Apple. We chatted and browsed around Leeds city centre including going into a massive American candy store where I picked up some Jägerbomb fudge!

Printworks Campus is one of the campuses of the well known Leeds City College. This £25m state of the art building serves to many students with subjects such as Hospitality and Hair & Beauty amongst many other things. They help students along their career path within many ways including incorporating workskills into their studies. The Printworks Campus sells food in and out of term times.

We made our way through and was given a perfect looking Pimms cocktail to evoke the feeling of Summer. We made our way through to the restaurant area and chatted for a couple of minutes until a few marvellous students/staff members came over and filled our glasses with red and white wine. (Who's going to turn down wine?!) 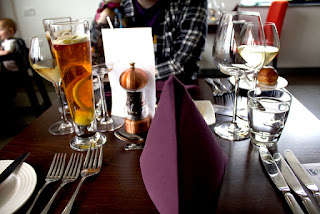 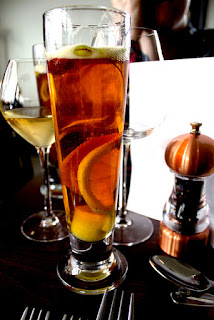 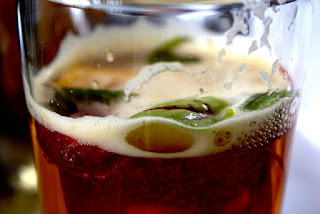 We then just chatted about anything and everything. A few moments later, the first dish was served to us. The starter was Veal and Goats Cheese Nugget with pickled beetroot and other fresh vegetables. I've never had Veal and I've not had many fun experiences of consuming Goats Cheese but I loved the two encased within the nugget. The piquancy from the pickled beetroot contrasted really well with the nugget and the freshness of the other vegetables just made the dish pop. 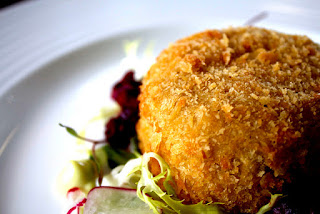 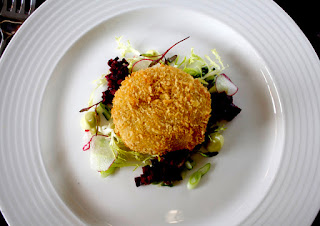 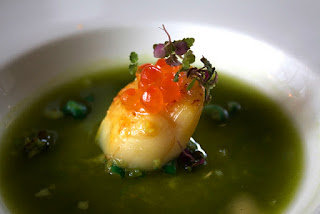 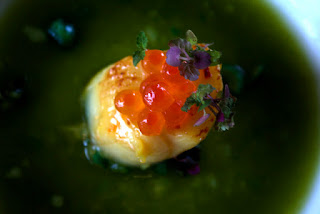 We had a little discussion and then we were served the main course. If you love Pork then the main will definitely be up your street! It was a Plate Of Pork which included Slow Braised Belly, Black Pudding and Chilli crusted Pork fillet. The dish also contained Apple Puree. It was meant to also include Rhubarb but the wonderful members within the campus thought that it wasn't as good as it could be so it was omitted from the dish. I love Pork so this dish was instantly amazing in my eyes. I was a bit intrigued by the black pudding and chilli but it really worked! The apple puree gave a contrast of textures and flavours with the pork as the smoothness of the puree went against the crusted pork and the sharpness of the apples went against the sweetness of the meat. 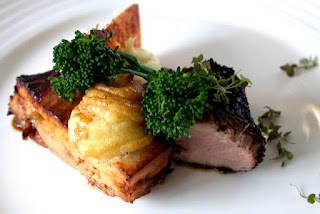 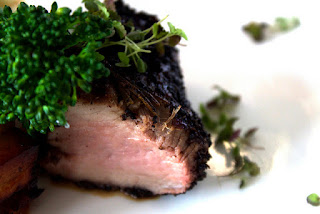 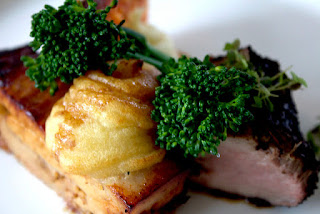 The last meal of the event was dessert. I always love dessert! Chocolate and Coconut Torte with Coconut Shavings, Blackberry Sorbet and torched Meringue. I love anything chocolate and coconut based so in the form of a cake is a great way to showcase the combination. It resembles summer with an indulgent side in my opinion. When you contrast this with the sharpness of the blackberry sorbet it just creates a magical feeling in the mouth. The meringue and coconut shavings created a nubbly texture within the dish just to contrast with the softness of the torte and it was amazing! If someone offered me this at the end of a night then I would adore them quite a bit! 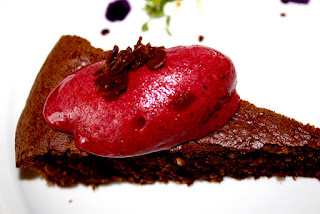 The whole room then gave everyone that had worked their butts off a massive round of applause. We were given some goodie bags and then myself and Michelle made our way back to the train station (we were given instructions, thank god) and then we made our way home!

I would like to thank all the staff and students at Printworks Campus who worked so hard to create this event!

Michelle also has a new website where she will be expressing her love of photography via pictures so I shall link that here. Don't forget to check her Flickr where the pictures for this event and many other events are located which is linked with her name above this paragraph.

I hope that you have enjoyed this blog post and I hope that you've liked reading about the food that is served within Printworks Campus.