MHAW16 | Let's Talk About The Truth 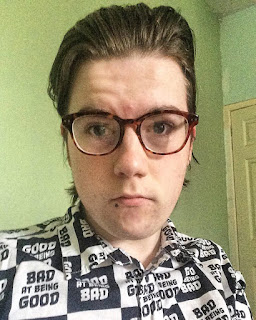 Mental health isn't all about what you see in the media. It's not romantic and it's not beautiful in any shape or form. It's mind breaking and its chaos. It's overthinking and self doubt. It's thinking that you're the only one who would be left behind in an apocalypse situation. It's throwing up and being restless for two weeks straight. It's worrying that the world is going to fall under your feet. It's thinking that everyone is judging you from afar no matter what. It's having muscle pain without moving out of your bed. It's changing your image every time you want to go out because you need a cover up to cope with the world. It's crying over spilled milk. It's slowly thinking that the world is better off without you. It's thinking that no one cares. It's taking comfort in products or pets because they calm you do and understand you more than humans. It's being forever lonely no matter how many people spend time with you. It's shakiness. It's different. It's not wanting to talk to anyone not because you hate them but because you cant comprehend a sentence without sighing or mentally overthinking. It's overeating to cope with the pain/ It's struggling to breathe. It's struggling to believe in yourself and that you can do anything that you want to. It's caring too much but not caring at all at the same time. It's a lot of things that can't be summed up due to everyones different experiences but at the end of the day it's fighting to cope another day.

I know that this is a very short post but I thought that it would be nice to do something like this just to sum things up. I know its not got any pictures or is a review or anything like then but its nice to be serious every now and again especially as it is Mental Health Awareness Week this week.

I hope that you've somewhat enjoyed this post and I hope to see you next time for another post!