Trying Out All Of The Remedies | Neals Yard Remedies Leeds Event

Last week, I was invited to an event within Victoria Quarter. The store that was holding the event in question was Neals Yard Remedies so I thought that I would tell you guys about what happened in today's post. 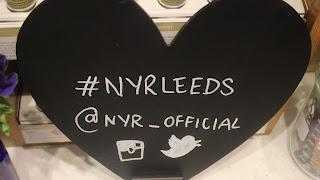 Neal Yards Remedies set up shop in 1981 in Neals Yard which is a forgotten corner of Covent Garden. NYR's ethos is that beauty should be natural and not synthetic and that you, the customer should know what is exactly in the bottle. Neals Yard Remedies are also known for their blue bottle packaging which is very distinct within the beauty/cosmetic industry. The bottles also say if the product is 100% organic or not. One of the PR staff who had came all the way from London for the event told me this and also showed as some say 99% organic due to them having water within the product which isn't organic. They also do treatments such as massages within most of their stores. The business was bought by Peter Kindersly in 2005 and this is when they moved to their new purpose built eco-factory. They were also the first high street retailer to be certified carbon neutral

Myself and Luke made our way from Lush to Victoria Quarter, we walked through the shopping centre and then found the store that we were looking for. We entered NYR and was welcomed by two women. (Sadly, names run from my mind quite quickly.) They asked us what did we want to drink as they had a chocolate drink, a drink provided by Filmore and Union or some prosecco. As Luke had decided to have a glass of Prosecco I thought that I might as well as have the same.

We were then told the story of NYR which I have noted at the top of this post which I hope you find somewhat useful. She then showed us some of the products and also told us about how they are made within the different countries within the world such as the Frankincense range that NYR sell. The Frankincense is sourced by a tribe of African women who trek the African desert for four days tapping on trees as the resin that comes out of the sap slowly becomes Frankincense. To help the tribe, Neals Yard Remedies created them a self sustaining solar powered well so the African tribe could have clean water. 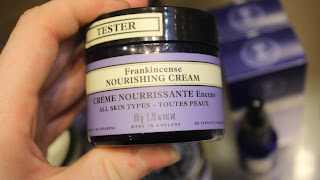 I then wandered around and had a look at the other ranges such as the Mother and Baby Range, the Rose range, the White Tea Range and many others. I loved the Lavender Bath Salts the most as they packed an absolute punch but would be the most amazing product to use when you want something to help you relax/calm down with. I also liked the Aromatic range as it was sweet but spicy at the same time. I think I also got a hint of Cinnamon within the Aromatics range. I love Cinnamon on anything! 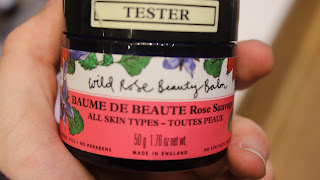 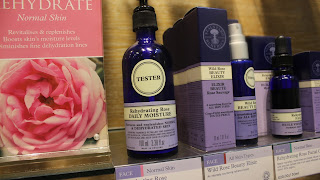 After this, everyone in the room was asked if they wanted a massage and myself being myself instantly thought that I would go for it. I left Luke outside the treatment room and went in on my own where a lovely staff member called Felix tended to my needs and gave me a back, shoulder and neck massage. I always feel like I need a good back massage due to doing blog posts and being busy quite a lot of the time so I was looking forward to this. Felix was amazing and talked all the way through which I think is an important part of a massage otherwise it just becomes awkward if the room is silent. We then talked about everything from blogging and NYR all the way to dreadlocks and piercings. Honestly, if you ever check out NYR in Leeds then I urge you to go for a massage because it is totally worth it!

I walked back up the stairs which led back up to the main floor of the store with Luke. Myself and Luke then wandered around the store again for a while as he had fallen in love with the White Tea range. He loves Tea. White, black green, fruit tea. He basically loves every type of tea so it didn't surprise me that much as he also loves the Black Tea scent at Kiehls. I also had a look at the pure essential oils that they do as there is loads on the shelves within the store and a staff assistant told me how to use them and some other things. I realised that Filmore & Union had some green shakes and food on offer to try so I did. I wasn't that sure what there was but there was an onion sort of thing on some bread which tasted pretty amazing! I also know that there were some Vegan brownies which tasted really nice and quite chocolaty to say that they were completely vegan! I love brownies though so that probably makes me a bit bias. Brownies are so nice! I then talked to a few bloggers and decided to go home as we had stayed for quite a long time. We got a goodie bag which contained a few amazing things such as a jar of Coconut Oil which I have wanted to try for a while as it is amazing for hair, teeth and many other things. 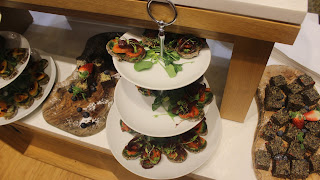 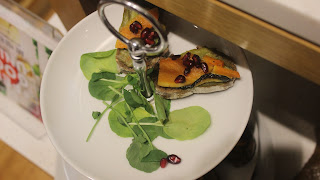 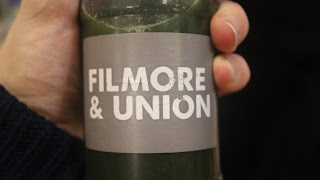 I would like to thank the guys at NYR, the staff of NYR Leeds and Felix for having me at the event. Thanks for reading this blog post and I hope to see you next time for another blog post! Have you ever been or bought anything from NYR? Let me know down below!