Welcome to another DOAML post. This post isn't a review or anything like that but it is definitely Lush related so I thought that I would talk to you guys about it. 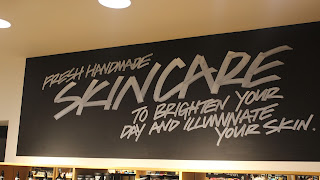 A few weeks ago, I was invited to attend the Lush Spring event in York by the lovely Urika. Click on her name to go to her blog and I would like to thank her for some of the shots of the products within this post! I got the email and obviously said yes as I love Lush and I definitely love finding out about the new ranges that are on offer within stores.

We arrived at the store a tiny bit late due to Google Maps wanting to take us on a weird route... (It's the fact that we got to the store that counts, right?!) We entered and was welcomed in by the lovely staff. (If you have read my blog before then you will know that I'm not great with names unless you shout them at me and drill the names into my head...) We were first told about what was going on throughout the night and what ranges we were going to have a look at.

We were also asked if we wanted a drink which I said yes to because I always have a dry mouth so I always need a drink... We were offered Lemonade or Raspberry and Elderflower. I went for the Raspberry and Elderflower as it seemed a bit more Spring like compared to Lemonade which I think is more Summery. We were also told that there were snacks on offer in the form of biscuits and chocolate eggs because well Easter and chocolate eggs. The biscuits were Vegan and the Chocolate eggs were vegetarian which was good to know as every bloggers dietary requirements aren't the same and because Lush are known for catering the Vegan and Vegetarian communities for beauty products so it's good to see that they carry this on within their bloggers events. 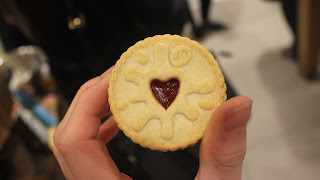 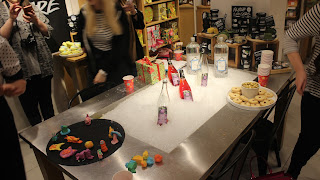 The first task that we had to do was to collect three Fluffy Eggs that were dotted all around the store and the first person to find three won a Sunflower Bubble Bar which is only available in certain Gift Sets that are sold in all Lush stores within the UK or via going to Lush Oxford Street I believe... If that is possible for you then you are very lucky! I didn't win sadly but I had a lot of fun scouring and dashing around the store trying to find the bath bombs. I rhink that this task and the one below prizes were the same but I honestly can't fully remember...

The next task was to make something Alice In Wonderland inspired out of Fun. The point of this task was to just have fun and then to introduce yourself with your design. I tried to make a White Rabbit but let's just say this Rabbit looked more like what someone would run over in the middle of the night but its the thought and effort that counts, right?!

We were then given one last task which was to take as many pictures and put them on instagram via the in store wifi. God, I love it when a store has wifi! The one that was the most prettiest would win a gift set. The only bad thing was that my phone was dead so I had to use Lukes and that we had to go home before the prize winner was announced. I hope whoever won is loving their gift set! 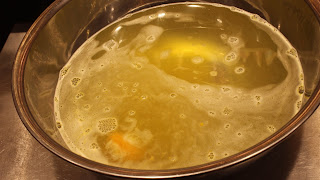 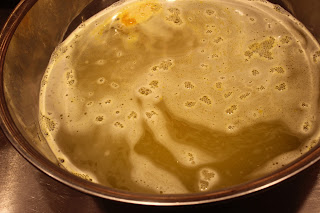 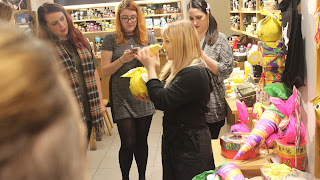 We then went round to the demo area where we got shown a mixture of things which included most of the Mothers Day collection and the new Easter collection.

The first thing that I can remember was the Bunch Of Carrots. This product comes in a bhnch of three hence the name. These contain Sicilian Lemon, Bergamot and Buchu Oils which give the product a deep zesty scent. You use these like you use the Wands at Christmas time which is just run them under a tap and leave them to dry. Personally, I would take one off the bunch and then use them in the wand way or if you don't want any mess then just crumble into a bath and then run the bath. They cost £6.25 which is pretty good for three bars. 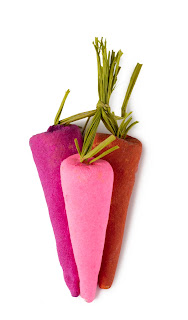 We also saw Ultraviolet being demonstrated which was out last year. It smells of Parma Violets so if you love them then you will love this! It ddoes have lustre so if you're not a fan of that then I doubt you will enjoy it. It turns the water a lovely purple colour and leaves bubbles that feel like silk! It can be used for way more than one bath so if you're wanting something that smells of Violets and something a bit decadent then this is for you! Costs

We got shown and smelt both soaps which are Somewhere Over The Rainbow and Sunrise.

SOTR is based off the Rainbow within the Wizard Of Oz. I'm not sure what this has to do with Easter but I think it's more of a Spring thing. The massive version has all the colours of the rainbow on therefore when a staff member cuts a piece for you, it won't be the same as any other piece! It contains Sicilian Mandarin, Neroli and Rose Absolute. I think that the Neroli is the most definitive within the bunch scent wise but Neroli is meant to help you be happy which is a pretty good bonus! Priced at £4.25 per 100g. 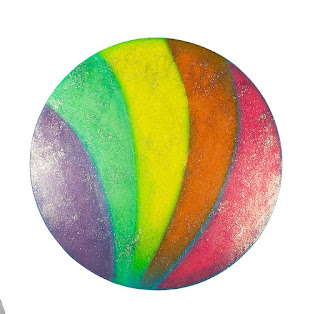 Sunrise. This soap is actually based on the Sun which is an interesting concept to build upon. This has been done via the colour been a mixture of burning red and glistening orange and also via the soap being hard on the outside but squidgy in the middle. The squidginess is via Murumuru Butter and Tofu which represents a core. The scent is the same as the Brightside Bubble Bar which is Mandarin Oil which means that it is very Orange scented but not in a way that is overwhelming. Priced at £4.25.

We then went onto Bath Bombs. There is a good few bath bombs that are out this Spring so I'm just going to mention two because it is easier doiing that. There is the Which Came First? This has been out in previous years under the name The Immaculate Eggception where there was two bombs in different colours but this year it has been changed in many ways. WCF is a bomb that you can smash. If you remember last year this concept was shown via Love Locket and many other products. You can smash/crack this bomb open which can be used on 2 baths and then there is a surprise in the middle which is another egg. This concept is also shown via Humpty Dumpty which I personally think looks a bit creepy. This product contains Vanilla Absolute, Grapefruit Oil and Lemon Oil which gives it a sweet yet uplifting scent. Priced at £6.95. 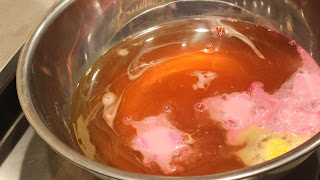 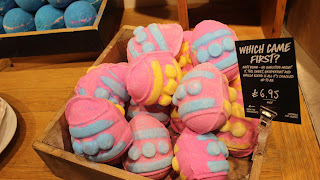 The other bomb is Golden Egg. If you read my blog this time or followed me on Social Media this time last year then you will know how much I love Golden Egg. This product is a cross between a Bomb and a Melt as it has glitter and fizzes which makes it a ballistic/bomb but it also has a core of Fair Trade Cocoa Butter and Olive Oil which nourishes the skin. There is a lot of lustre with this product so if you're not a fan of it then you might not be a fan of this. The scent is made up of Orange and Bergamot which creates a sweet Honey/Toffee scent somehow but it is to die for! Priced at £3.95. 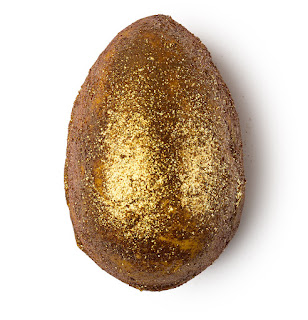 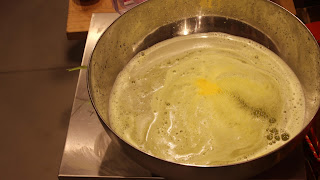 I also purchased something which I am going to put in another paragraph as I thought I might as well as link all the products I got together. We browsed and chatted a bit more and headed off for the train.

I also received a goodie bag which I can't thank the staff enough for giving me. The bag contained a Bunch Of Carrots which I mentioned above, a block of SOTR that I have mentioned above, a Golden Egg and a 100g bottle of Yummy Mummy. If you want to find out more about the shower cream then click on Yummy Mummy. I also scoured the shelves and decided on one thing to buy which I think is good as I rarely just buy one thing from Lush. I decided to buy The Experimenter. If you want to find out more then click here.

I can't thank the guys enough at Lush York for inviting me to the event and putting on such a great event. I hope that you have enjoyed this blog post and I hope to see you next time for another post. I hope that you are enjoying my DOAML series!

PS: Thanks to all the lovely bloggers that attended and the ones that I got to know throughout the event. Check either @_LushYork on Twitter or #LushSpring on Twitter to find out more blog posts from this event!