Living My Lush Life At The Mothership | Lush Liverpool Spa

I thought that today I would talk to you all about the time that I went to Lush Liverpool Spa.

To give you some context, Lush Liverpool Spa, is a special store as, it is the largest Lush store within the world. You read that right. This store has three floors filled with beautiful exclusive products that you can only get at Lush Liverpool Spa, a cafe, a florist, a spa, a perfume library, and much much more. 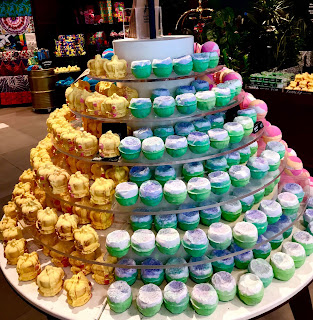 Whilst walking down from the train station at Liverpool Lime Street, we walked past a few beautiful buildings. As it was a pretty warm day, we stopped every so often, not only to get some photos of the buildings but to stop as Luke swishing his cane in the heat can be exhausting. We strolled whilst using Google Maps, and, after going in every different direction, we finally found the grand building. (You can't miss it, but if you're ever in Liverpool then it's next door to Primark.) 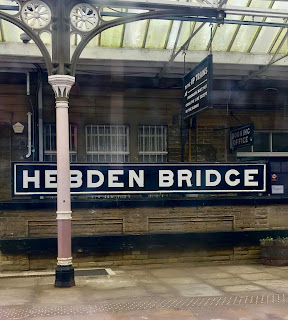 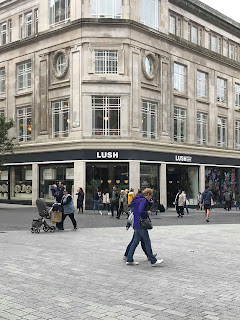 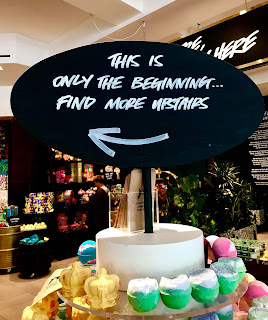 We walked into the building, and instantly strolled around the first floor for many reasons. Some were to get our bearings in a new place, and some were to see what was sold on the ground floor of the Lush store. We wandered around some of the face care, including solid and liquid versions of favourites such as Dream Cream, and, Charity Pot, and new items such as, Ultraplant. 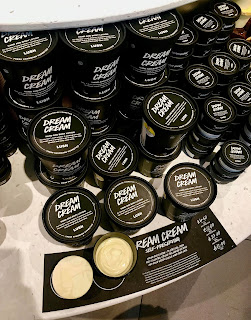 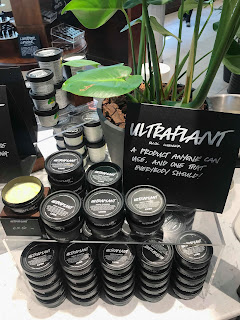 After this, coffee scents permeated the air. We must be at the Cafe! We had a little bit of a look and then decided to carry on to the Perfume Library. The Library contains white, black and gold perfumes. It also contains all the solid perfumes that you can think of, and a few oils. If you're wondering what the difference between the White, Black and Gold fragrances are, then let me explain. The White Label fragrances are the ones that you can find at your local store, such as Sun, Karma, Dirty All Good Things, and many more. Black are the more upmarket ones that are at bigger stores, such as Manchester Arndale, such as, Princess Cottongrass, Staying Alive and many more. Gold Fragrances are ones that you can only get at Lush Liverpool Spa which include V, Metamorphosis and Death And Decay. 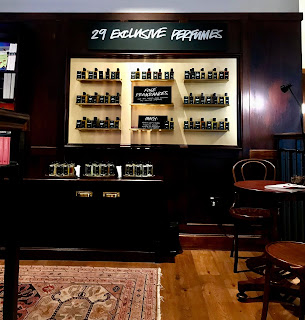 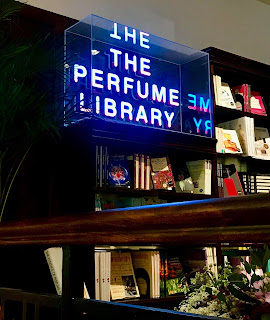 Myself and Luke first went around the White and Black fragrances. spraying and sniffing each and every one possible. I spritzed a bit of Sun as it was absolutely boiling outside. Luke spritzed Kerbside Violet as he loves Violet scents. We then checked the Oils which included, Inhale, Exhale and Goddess. I'm not the biggest fan of Goddess, as it's one of those scents that I have to be in the mood for, but I quite liked the oil. I then sat Luke on a chair whilst I perused the Gold Fragrances. Lil told us about how the Ginger fragrance that was a part of the Black Range was the first fragrance that Lush/Cosmetic To Go/Gorilla ever released. We spritzed. sniffed, oohed and ahhed. Luke loved V due to it being a 'more sophisticated verson of Kerbside Violet, and, Lord Of Goathorn as it 'had a deep Blackberry undertone'. I also sniffed, Metamorphosis as I remember that the bath bomb of it had a gorgeous Cinnamon scent, Death and Decay, Cocktail as a couple of friends wanted to know if they were still sold, and Assassin which was a very complex/layered scent. 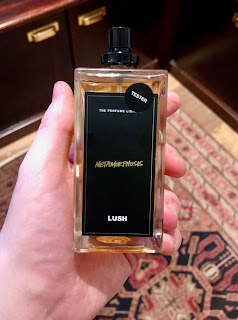 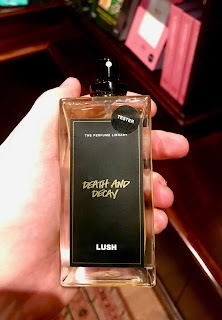 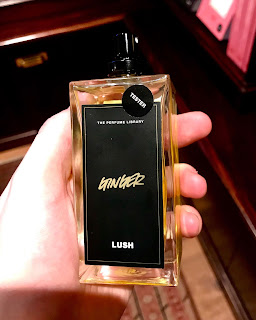 Time to go to the next floor! This is where the main event is for most as it's filled with all things, bath, shower, oral, party and much much more. We started at the Shower Bombs, as they were straight in front of the lift. There were a few new Shower Bombs, including Tantric Energy (please go read the online description of that Shower Bomb), and, two Shower Bombs inspired by The Matrix, Red and Blue Pill. (If you never have used a Shower bomb, then imagine a Bath Bomb for the Shower. You just cup them in your hands, put under running water and then use the foam as Shower Gel.) 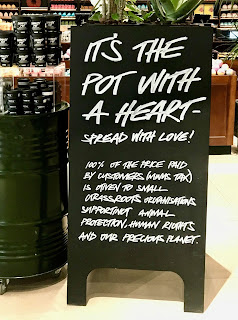 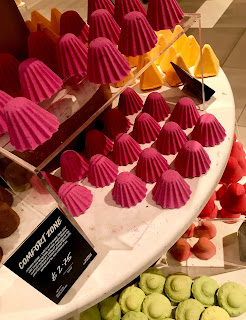 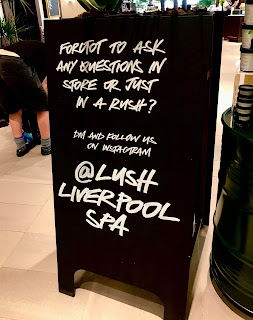 After this, we wandered over to the Bath Oils. At Lush Liverpool Spa, the Bath Oils have been reformulated to give off more of a scent and to take less time to melt. As well as reformulating some of your favourite Bath Oils, such as, MMMelting Marshmallow Moment, Dreamtime and Polyamorous. There are a fair new Bath Oils too, including Saviour, Imp-atient, and 'Cream which is based off the Horror Movie franchise Scream.

After this, we took a quick trip up to the Spa with Rhiannon, who showed us around the beautiful spa and informed us about some of the new Bath Oils from the section that we had looked around before. We were told that sadly, all of the treatment rooms were filled up so we couldn't check them out, but we had a wander around the waiting area, checked out the wonderful decor and sniffed some of the oils that are used in treatments that were on display. There was also a massive bathroom with a bath, shower and toilet. it was massive and we could legit both sit down on it and just enjoy some quiet me time. 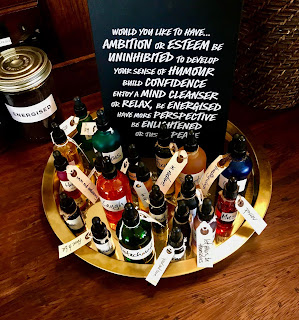 Party time! We then wandered over to the Party section! The Party Section is a new section for Lush Liverpool Spa. You can book a party at any Lush store, but at Lush Liverpool Spa, there is a full section for the party goers to enjoy their experience within. The section was empty so we decided to have a bit of a look around. There is a full FUN wall and a table of FUN to sniff and create models out of. As we weren't fully sure where all of the FUN that we wanted were, we had a member of staff go and collect them for us (I didn't't catch your name, but thank you!) Rhiannon then came over, and told us about the musical shower jellies, and the wheel of FUN. There are different sized and scented Shower Jellies which make different noises. There is also an aid/function to ensure that Hard Of Hearing/Deaf citizens so that they don't miss out on the fun. There are also exclusive products that you can get when having a party, including Cilla The Caterpillar that smells of Vanillary, Calm A Llama Party Piñata, Numbers, and, Crash Shower Jelly which smells of Golden Wonder/Bubbly. (A scent consisting of Lime and Cognac which smells amazing! I tried to get some on the online release of the shower jelly but it should out too quickly!) 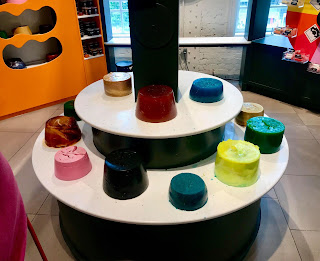 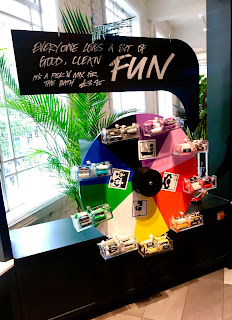 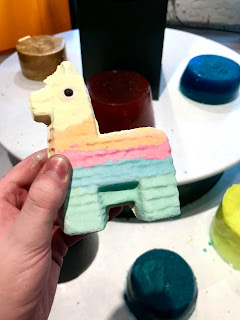 After having a good party, we meandered over to the Oral section. If you don't know, Lush do solid Toothpaste and Mouthwash in the form of Toothy Tabs and Mouthwash Tabs. Rhiannon came over to talk to us about using them and the new flavours. There were a fair few Toothy Tabs, but I mainly tried the Bubblegum Toothy Tabs. That was definitely an experience for me. If you like Snow Fairy, then I'd urge you to try it. I didn't really enjoy it. I then tried the Mouthwash Tabs after. We tried most of them, with Rhiannon's help. I ended up enjoying a couple including the Cuba Libre one!

Bath bomb time! Lush Liverpool Spa contains all of the new 30th Anniversary/Harajuku and normal bath bombs that are at all Lush stores all year long. An extra fun thing about the bath section at Lush Liverpool Spa is that there is a conveyor belt filled with bath bombs. (Imagine Yo! Sushi but in Bath Bomb form!) We tried to find many bath bombs that we wanted but in the end, are ended up asking the lovely Libby to find rhem for us. We got chatting about some of the retro items and some of both of our new favourite products. (if you want to find out what I got at the store then keep on the look out for my haul blog post.) 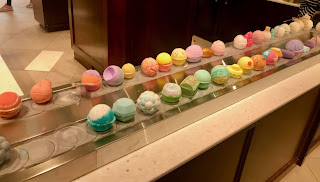 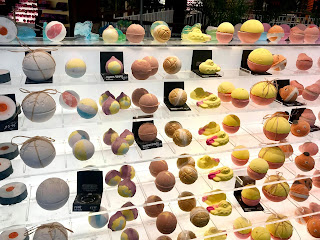 We then decided to chat some more and made our way downstairs towards the hair section. I went straight to the Shampoo's to find the new Wasabi Shampoo. After this, we found our way to the liquid Conditioners as Luke wanted to find Agas. Following on, we worked our way through all of the Hair Styling products including the Goddess Hair Treatment/Dressing, Hair Custard, and, Hairdressers Husband Hairspray. 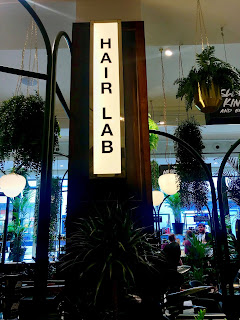 Next on our adventure was the Fresh section. The Fresh section is where things that are made within the store are sold. This mainly includes Face Cleansers, Face Pops and Face Washes. The Fresh Face Cleansers are made to look like Sushi Rolls, the washes are jelly based and set in fresh fruit peel to cut down on food waste and the Face Pops are Face Masks on sticks that last 72 hours. We scoured around and then made our way to our last stop.

Final stop. We made our way back round to the Perfume Library to smell the Body Sprays. The lovely Lil told us both about the Community Favourite Body Sprays which included Golden Pear and Avocado Co-Wash. After sniffing, uhmming and ahhing, the wonderful Lil decided to gift me a Golden Pear Body Spray as a random act of kindness, which I can't thank her enough for.

Have you gone to Lush Liverpool Spa? Have you tried any of the new products? Let me know down below.

I hope to see you next time for another blog post. Thank you to all the wonderful staff that looked after Luke and I on the day.

Thanks for reading!
Jamie x
Posted by jamiesowden at July 17, 2019