Jumping To The Beat Of West Yorkshire | MCard

How's your day going? How are you coping with the weather? Let me know down below!

Welcome to a brand new blog post! I thought that today, I would talk to you all about travelling to some of my favourite places within West Yorkshire, via the MCard.

Leeds has a plethora of amazing places, so it was hard to choose just one sort of place to focus on. Honestly, I could do a full week worth of blog posts on travelling across and through Leeds. Leeds has some amazing places such as the Hyde Park Picturehouse, Kirkstall Abbey, and, Royal Armouries, Tropical World, and, Carneige Stadium, just to name a few. I decided to travel to the centre of Leeds which contains amazing places such as Trinity Leeds which contains stores for all people and prices. Trinity Leeds is very well known for their stores including NYX Professional Makeup, Apple, Bubbleology, Charles Tyrwhitt and many more. It is also known for its amazing Trinity Kitchen which contains a plethora of different street food vendors in a open area. Trinity looks amazing and is noticeable straight away rom the Train Station, so it's easy to get to. Talking about stores, Leeds also has the amazing Victoria Leeds Shopping Centre's which include stores such as Harvey Nichols, which stocks high beauty brands including, Fenty Beauty and NARS. It also includes John Lewis and many well known designers for when you're wanting to shop for that someone special (which can always include yourself!)

There's even First Direct Arena for those who love to go to concerts and then for a meal after with friends, for those special occasions! For studying, there is Leeds Beckett University and University Of Leeds within moments of walking from the City Centre! 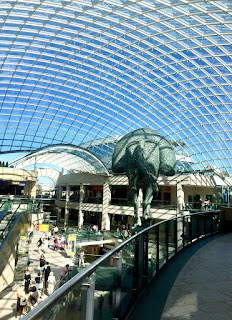 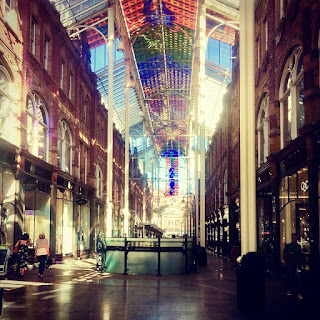 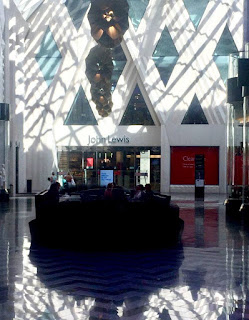 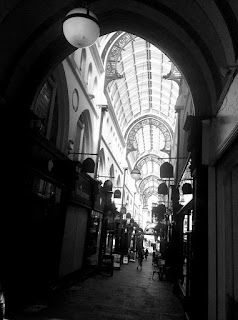 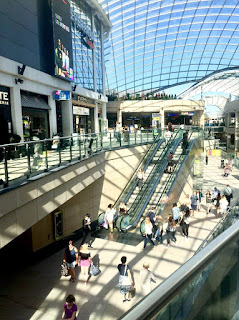 Halifax is known for many things, but as I was travelling through, I thought that it would be best to stick to where I know, which is mainly the city centre, and, the train station. Halifax is known for having sort of vintage yet grand buildings. Halifax also has Victoria Theatre which is known for hosting great shows. This year, its even hosting Florence and The Machine for an intimate show.

Halifax has the old Halifax building as well. It also has Piece Hall, which is beautiful to look at. It's also beautiful to spend time and hang out with friends there. You can also grab some food and eat it outside whilst its nice. There are also a plethora of cute and niche stores within The Piece Hall for you to have a browse through. Whilst I was in Halifax, I decided to wander through the Yorkshire Soap Company, as they sell everything that is pampering and pleasing to the eye! 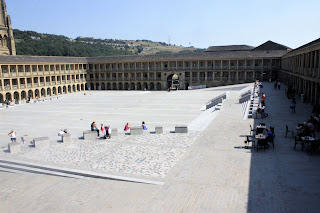 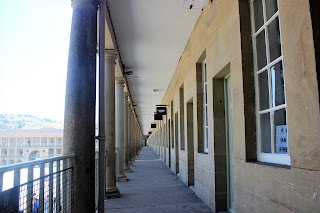 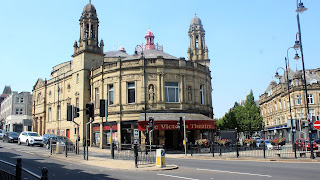 Bradford is on the up and rising, with places like Broadway and The Light Cinema popping up. Bradford also has some amazing places such as, City Hall, and, City Park to name a few. Bradford also haas a plethora of amazing restaurants and bars on North Parade. It also has an amazing Alhambra Theatre which is a stone throws away from other bars.

Bradford City Centre also has great educational establishments, such as Bradford College with their modern David Hockney Building, and, ties with the film industry, and University Of Bradford, which is known for being one of the best, when it comes to sciences within West Yorkshire. 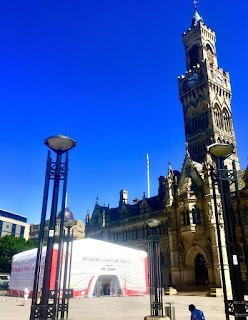 I travelled to all three locations via Bus and Trains, but because it was all under one roof, I didnt have to worry about several tickets, remembering which ticket to pull out or to wait in those long queues at the train station for one ticket!

Do you travel a lot within West Yorkshire? Do you want to save yourself some money, and help the environment via not having so many bus/train tickets in your wallet? Then seriously consider the MCard as it will save you so much time, and, money!

Click here to find out more about the MCard.

Thanks for reading this trave based post! I hope that you come back next time for another post!

This is a collaborative post with MCard. All views, opinions and ramblings are my own.
Posted by jamiesowden at June 29, 2018