Sharing The Pieces Of Our Coffee Beans | Danny Gruff

Welcome to another blog post! I thought that today I would talk to you guys about a great album by a great person!

Wrexham born singer songwriter Danny Gruff got his big banging break after supporting artists like Bastille, Frank Turner and Bastille to name a few. Within 2015, Danny created a project which was dubbed ONTAW which consisted of releasing one new track a week for a year which then led him onto a 2 official UK tours including a first headline tour. Danny has the spent since October creating his self titled album via the funds from singles, merchandise and tours. Danny is known for his cheeky yet friendly personality.

The whole point of this album is that Danny wanted to create something bigger and bolder than any of the music that he has created before such as the ONTAW project as he wanted to make this album as memorable as possible,

This album is a melting pot of different musical genres with different moods attached to them. From the happy and upbeat Comfortable which is sings out positive body confidence ideas and values all the way to the angsty break up song Pieces. 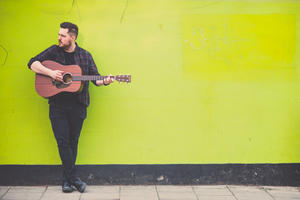 Coming from a musical background and having studied music for several years means that when it came to the album Danny wanted to create a few songs that influenced via artists such as Bruce Springsteen and Tom Petty (look out for the songs Comfortable which is an amazing song and After The Storm.)

I've listened to the full album a fair few times and if I had to tell you what my favourite song from the album then I'd be here for a while trying to decide but I can definitely say that at the moment I'm loving Comfortable, Country Song and Coffee Beans for definite!

Danny is also going on a UK tour to promote the album. Some of the dates are sold out but if you want to have a look then click here.

If you want to listen to the full album via Spotify then click here. 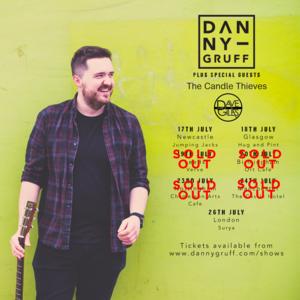 All views and opinions within this post are my own. This blog post was done out of the bottom of my heart and was created to promote Danny's album and is not a sponsored/collaborative post.
Posted by jamiesowden at June 09, 2017