Meow, so I went to another event this week. This event was hosted by Nouveau Lashes. I had an amazing time and I thought that I would explain and talk to you all about it. I can't thank Nouveau Lashes enough for inviting me to the event!

So, the wonderful Claire Anderson emailed me one day inviting me to a beauty event like no other... It was a lashes event... I don't wear fake lashes but I felt that the event would be more educational for me therefore I RSVP'd saying that I will be coming to the event.

The day arrived and me and Luke set off to Leeds. We went to various places such as The Body Shop and Hotel Chocolat as we had arrived in Leeds a little bit earlier than the invite said... A little bit earlier may be an understatement.

The clock on our phones struck 5:15pm so we decided that it was a good idea to set off to the Malmaison hotel where the event was being held. I knew where abouts it was as I had passed it before. I also knew it was near The Cockpit which has sadly been shut down since September of last year.

Outside the hotel, we found Toni and Kellie. (I shall put their blog links at the end of the post!) We said hi and talked briefly about a lot of things including candles and our choice of clothing... We let them enjoy their cigarette and went inside the grand building. After a short round of ask the stranger(this is where I make Luke talk to new people as I have no clue where to go), we eventually found where we were meant to be and met Claire and then we were escorted to a lounge sort of area... 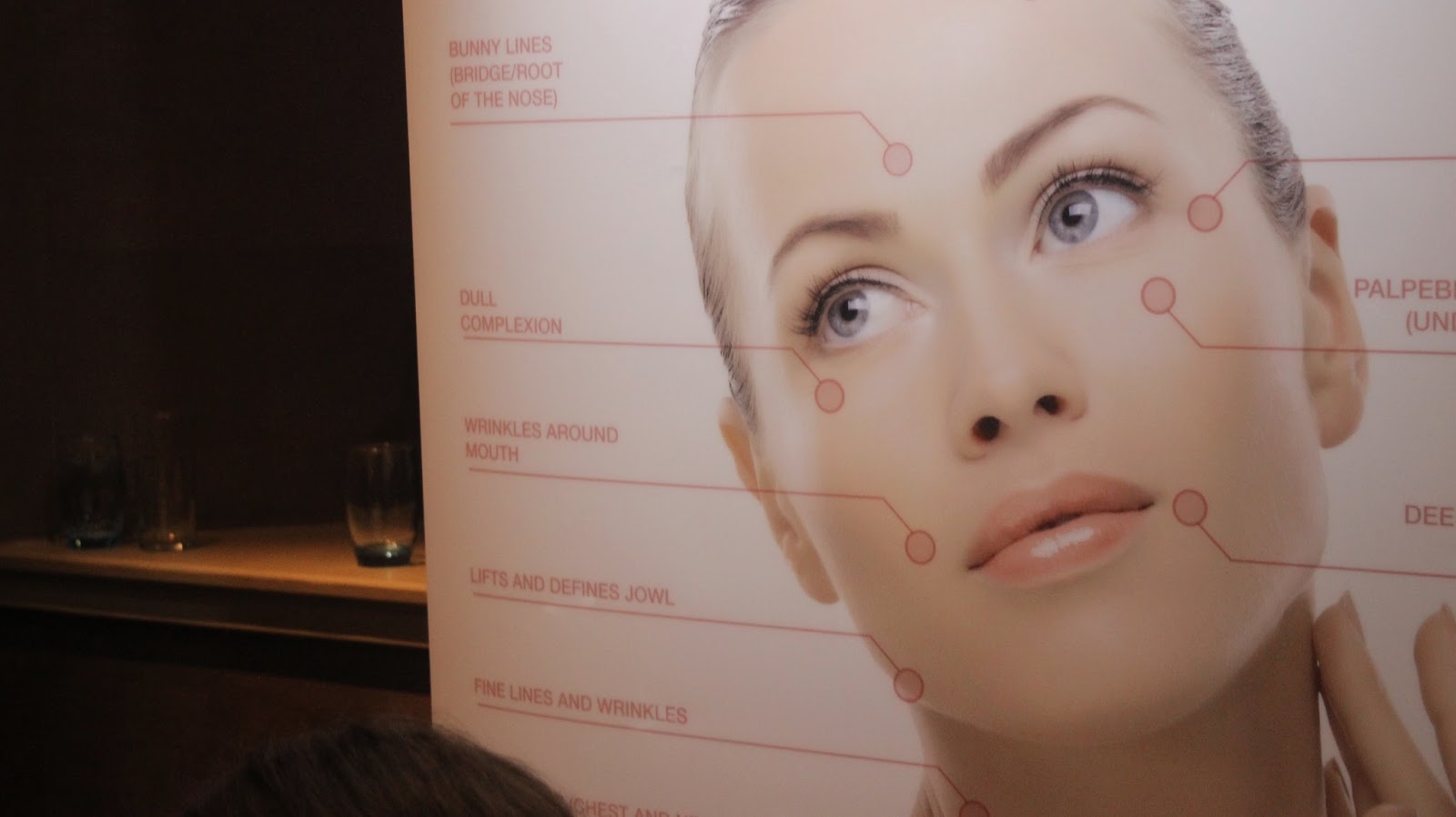 We then sat down on two soft chairs and was asked if we would like a drink... We said yes as we had been shopping and walking in the rain so we were pretty thirsty... We both chose Appletiser as we were offered a variety of soft drinks but I didn't want to drink caffeine as it sometimes triggers my anxiety and I didn't want that to happen! 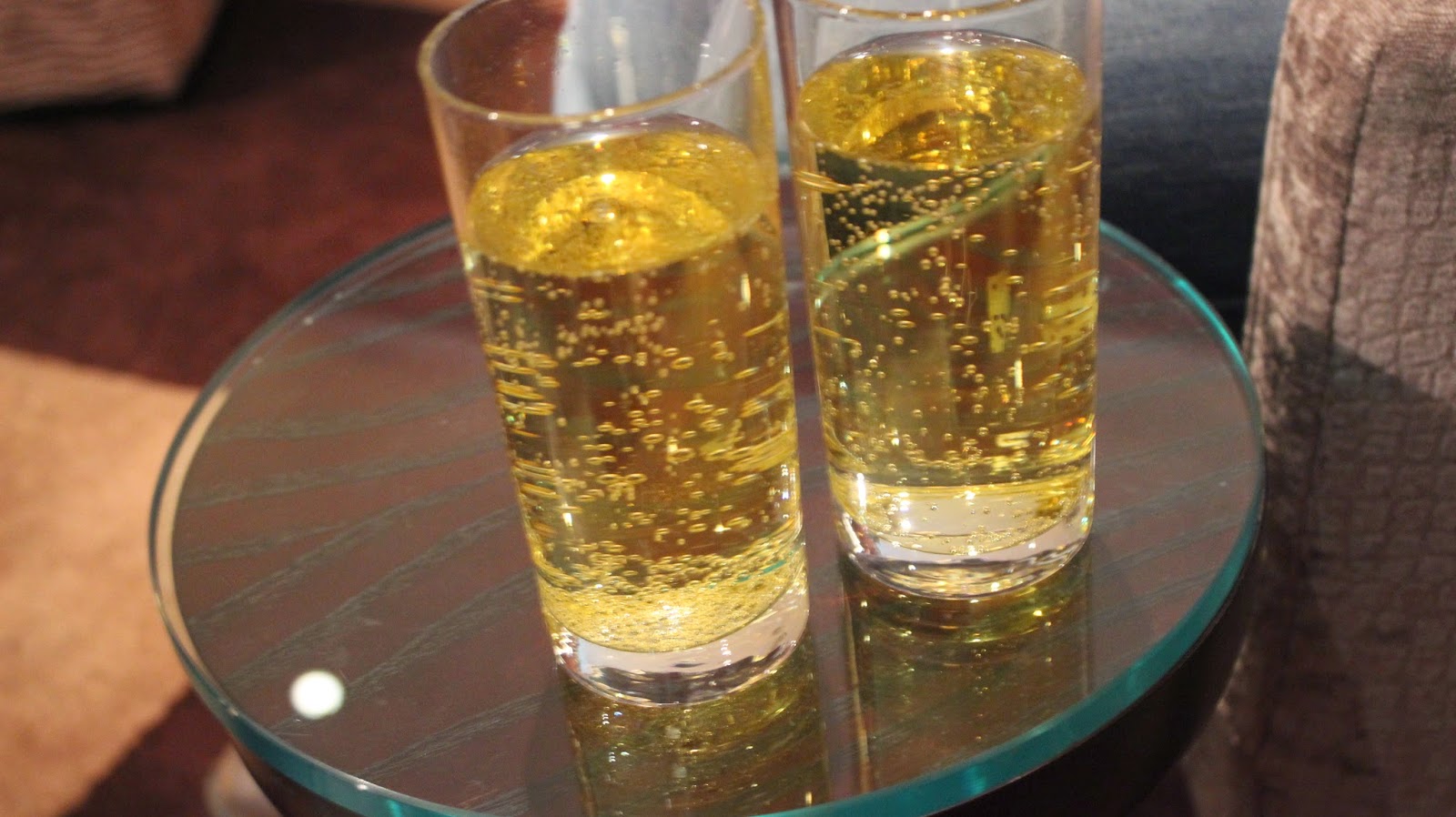 After around 5 minutes and some more bloggers arriving, we were then offered a variety of canapes. These included crispy King Prawns with a Thai sweet Chilli sauce and a crispy potato cake things with a mixture of soured cream, cream cheese and chives and a desser of sponge sandwiched together with soft fluffy coconut marshmallows. These were delicious but surprising at the same time 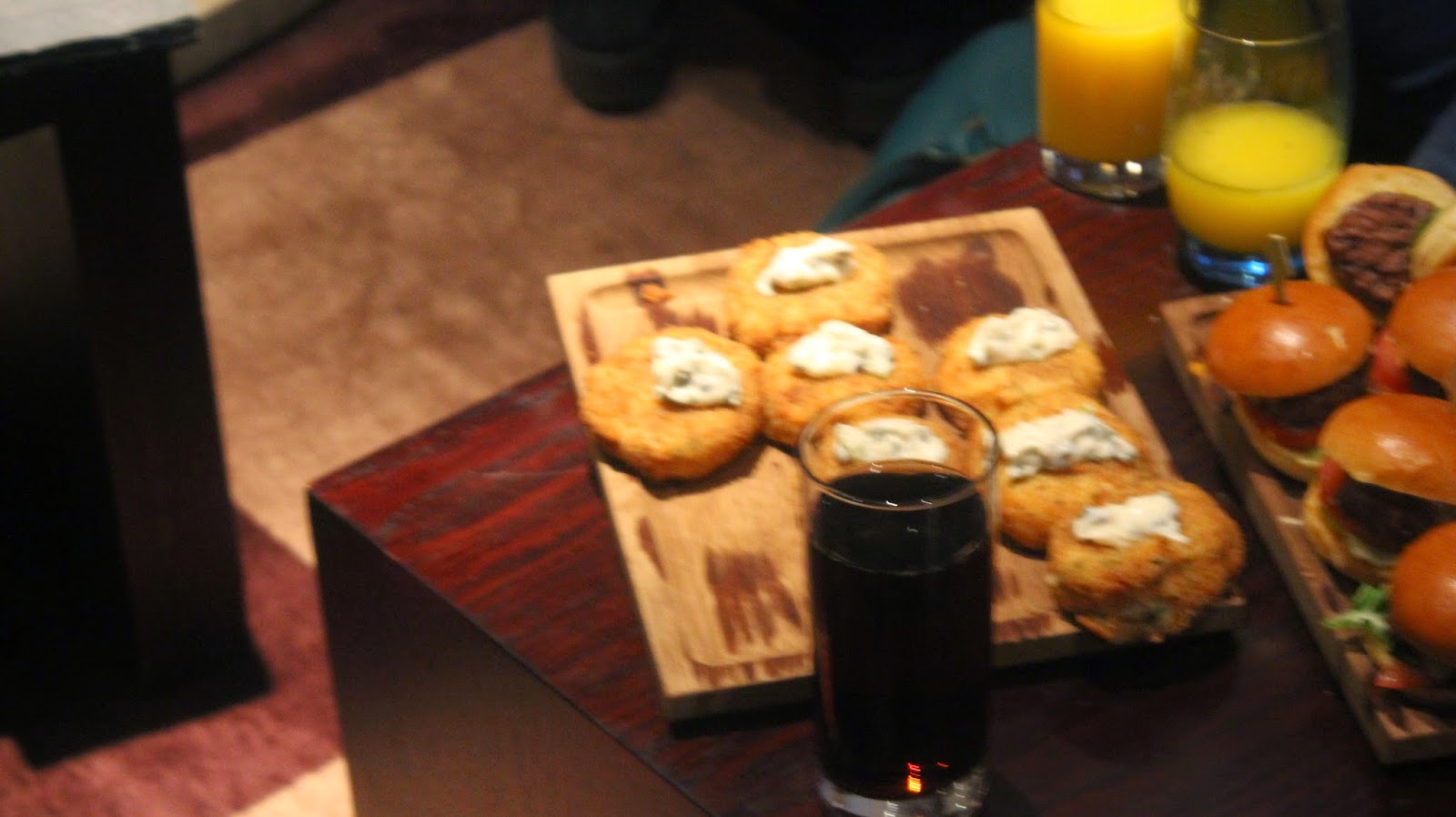 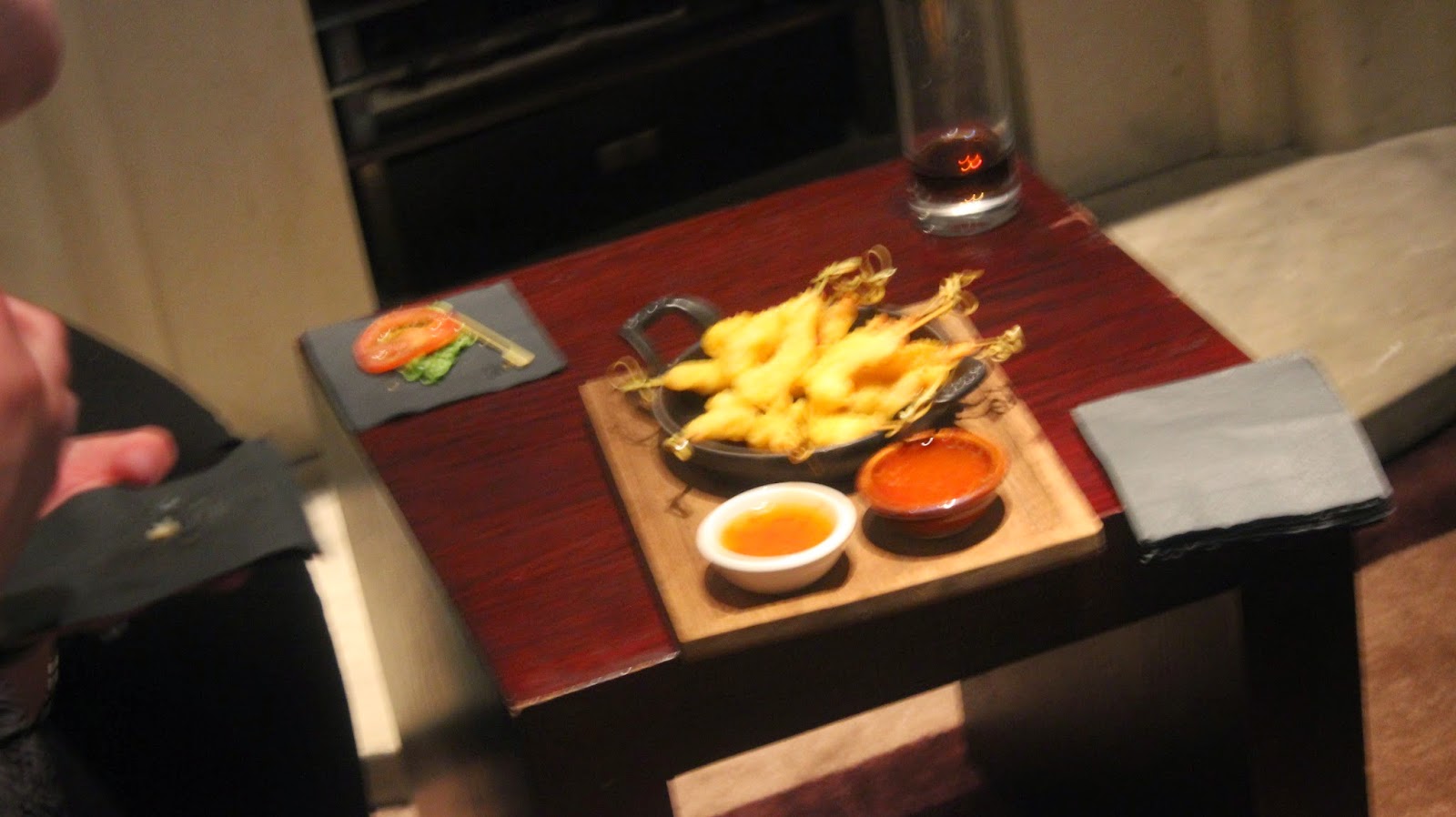 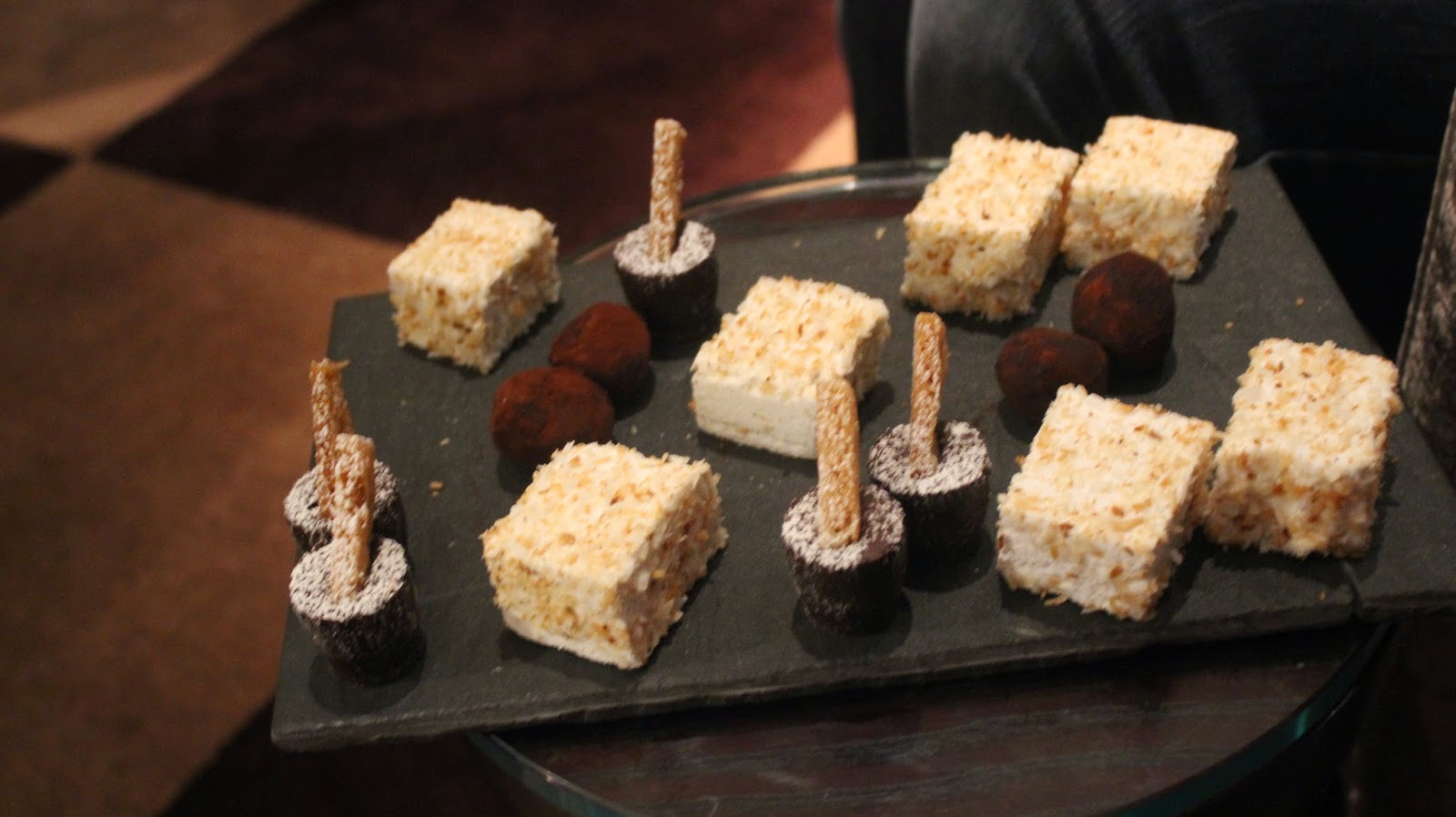 We all then went into the conference room which had stations prepared and seats prepared. We sat down on a seat and took pictures whilst the presentation was setting up... We watched and learnt how Nouveau Lashes came to be and the fact that they use real hair within their lashes... We were also shown a demo on putting on certain lashes with a blogger... 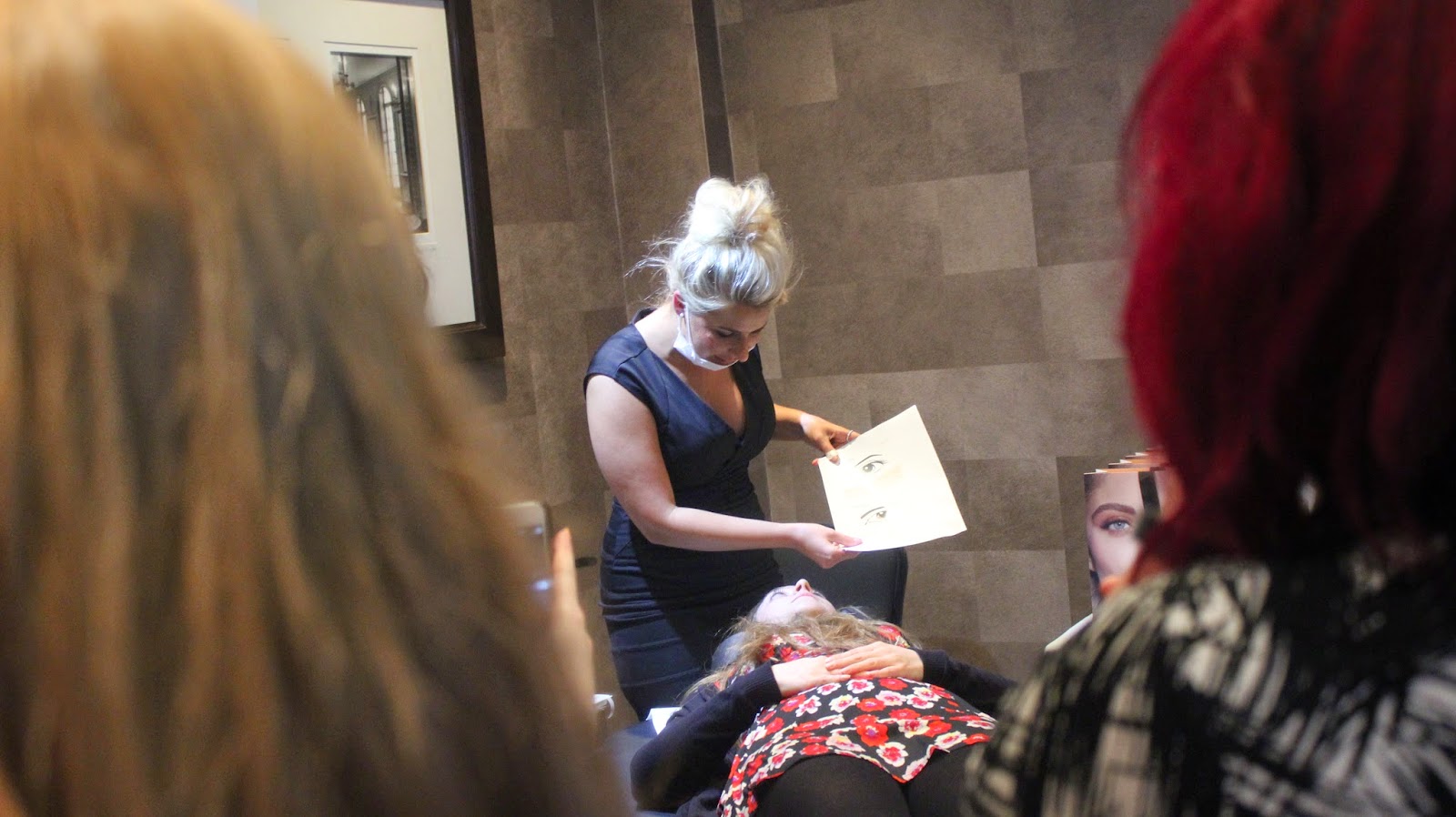 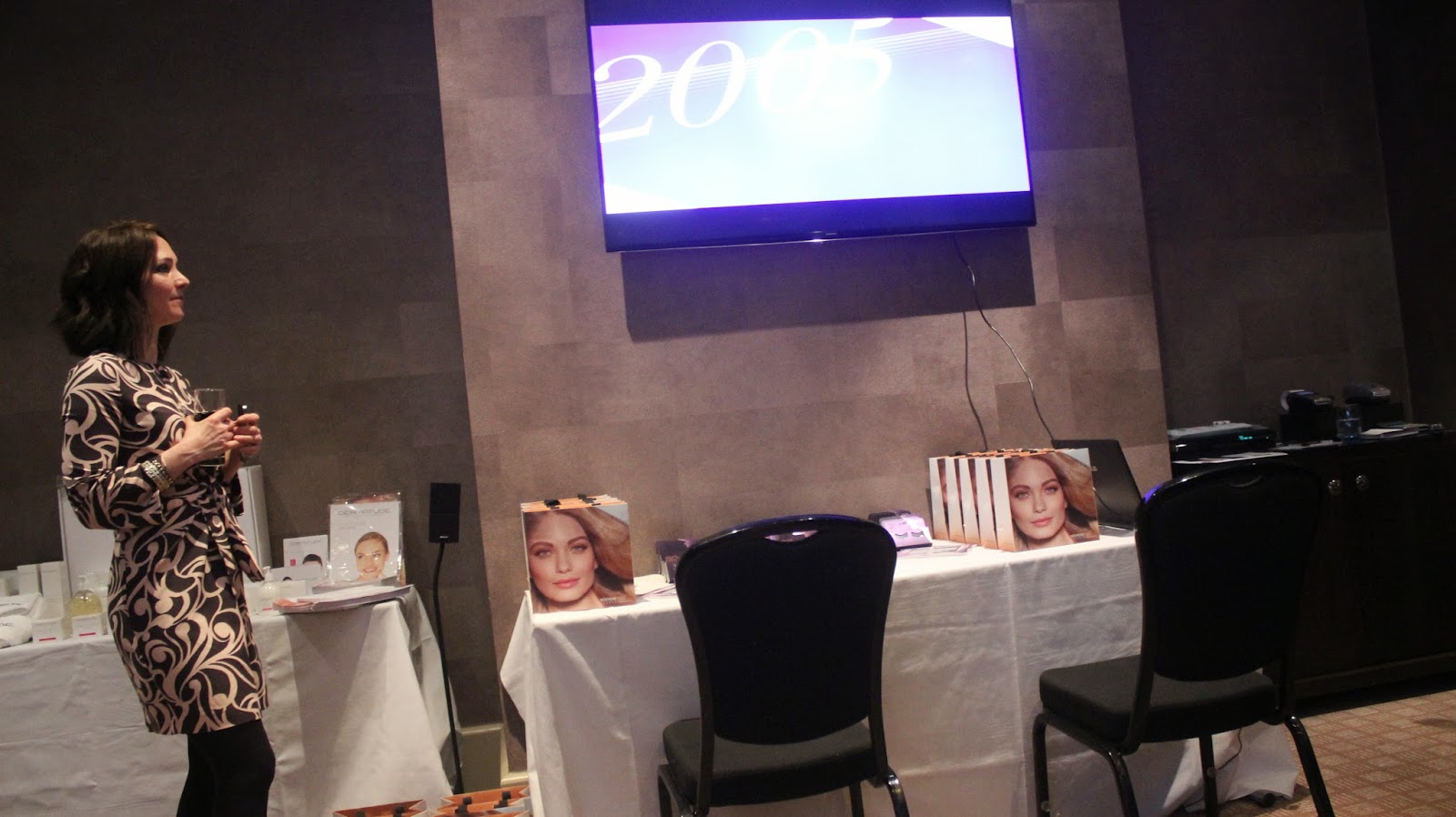 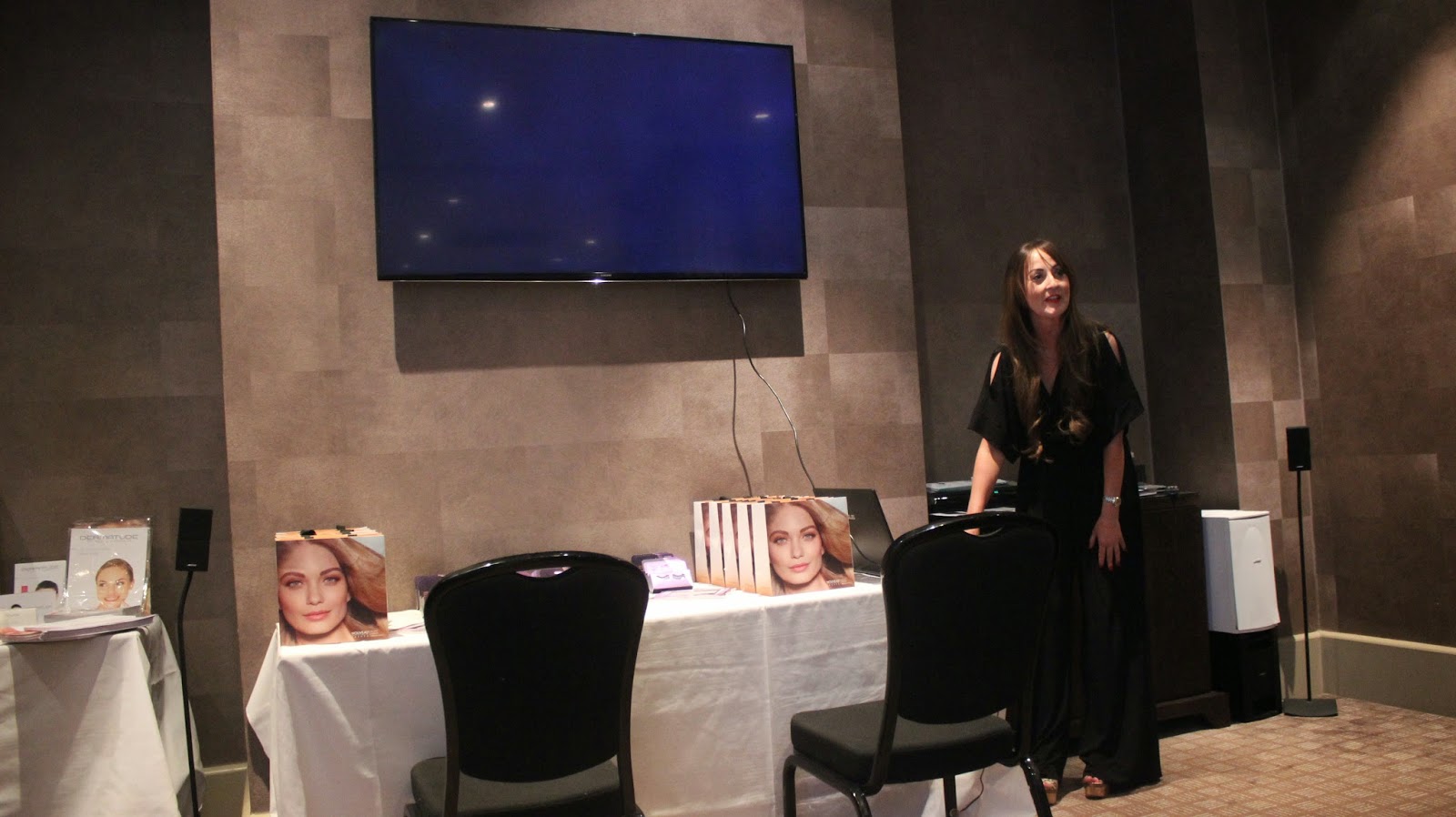 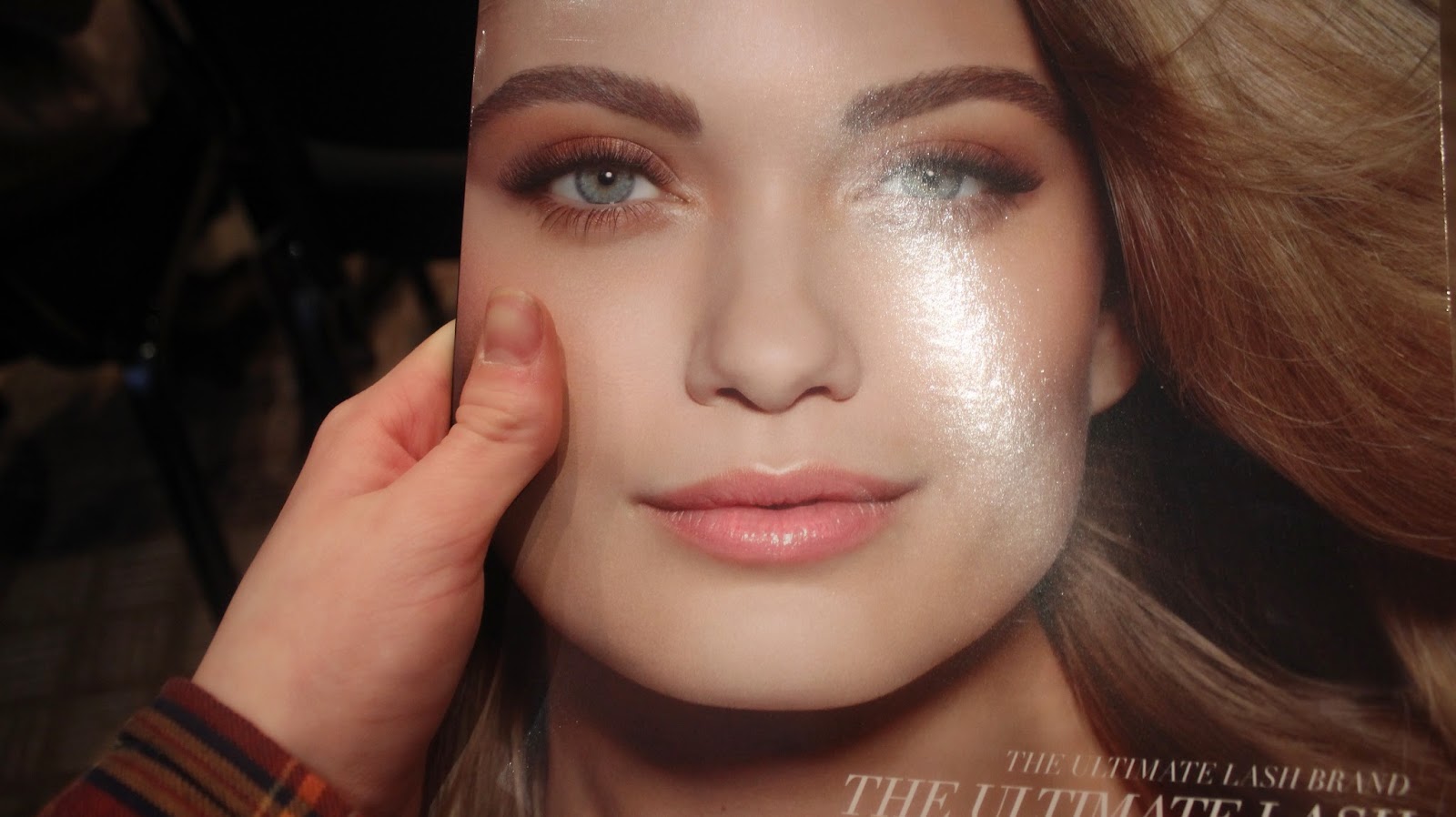 We were then grouped and put to a station where we were given a tutorial on putting on lashes and then we got to do it for ourselves... This already became a difficult task for me... I had never put on fake lashes before and I tried to understand and put them on but it failed and I gave up after a while... There's a first for everything I suppose... 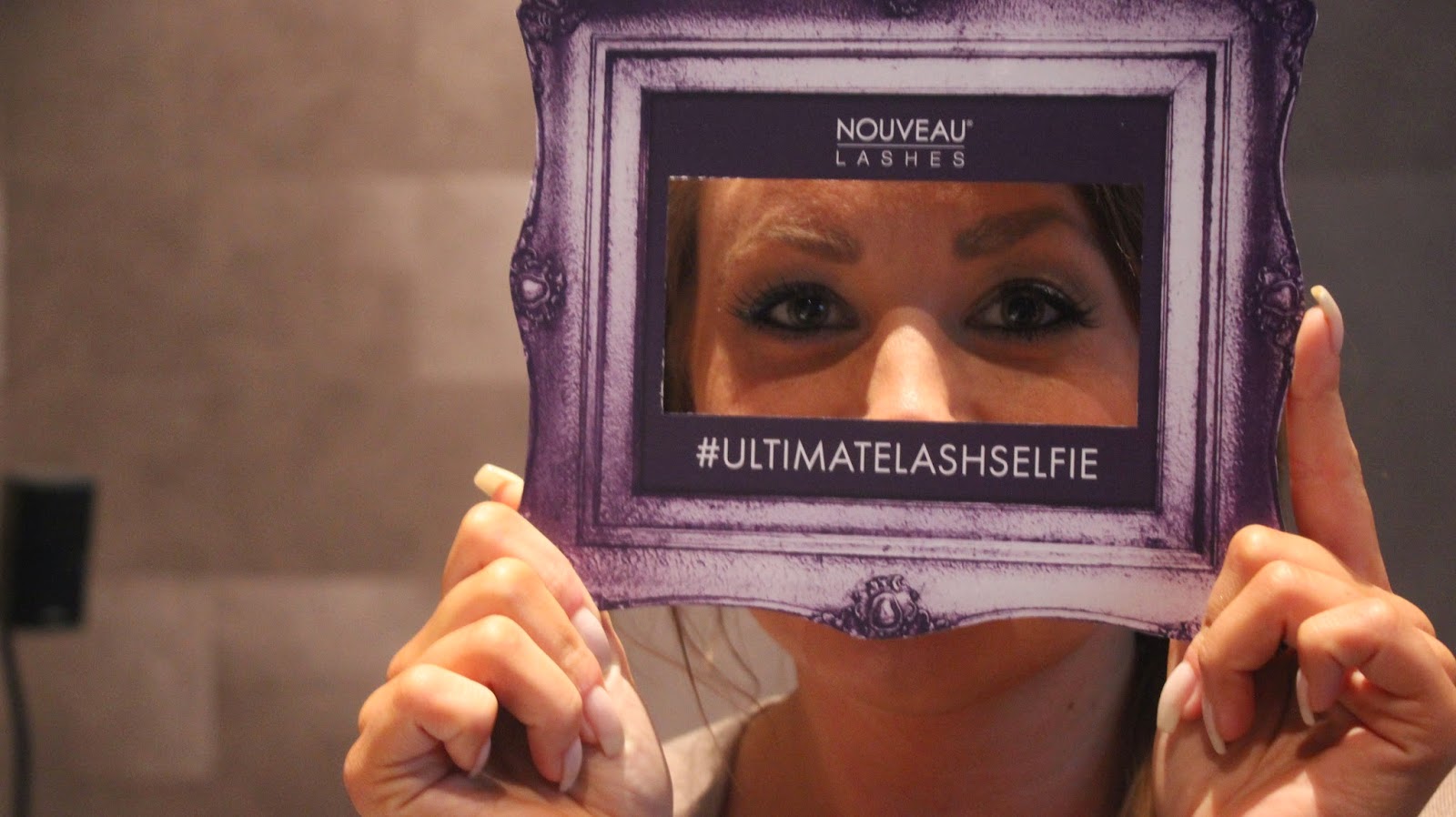 Whilst this was all going on, the wonderful Kellie (Big Fashionista) was getting LVL lashes put onto her which is a new thing to some... If you want to learn more about LVL lashes then go to Nouveaus website (I'll link it!) At the end of the event, Kellie looked magnificent!i shall put some pictures in of during her treatment and the end of her treatment! 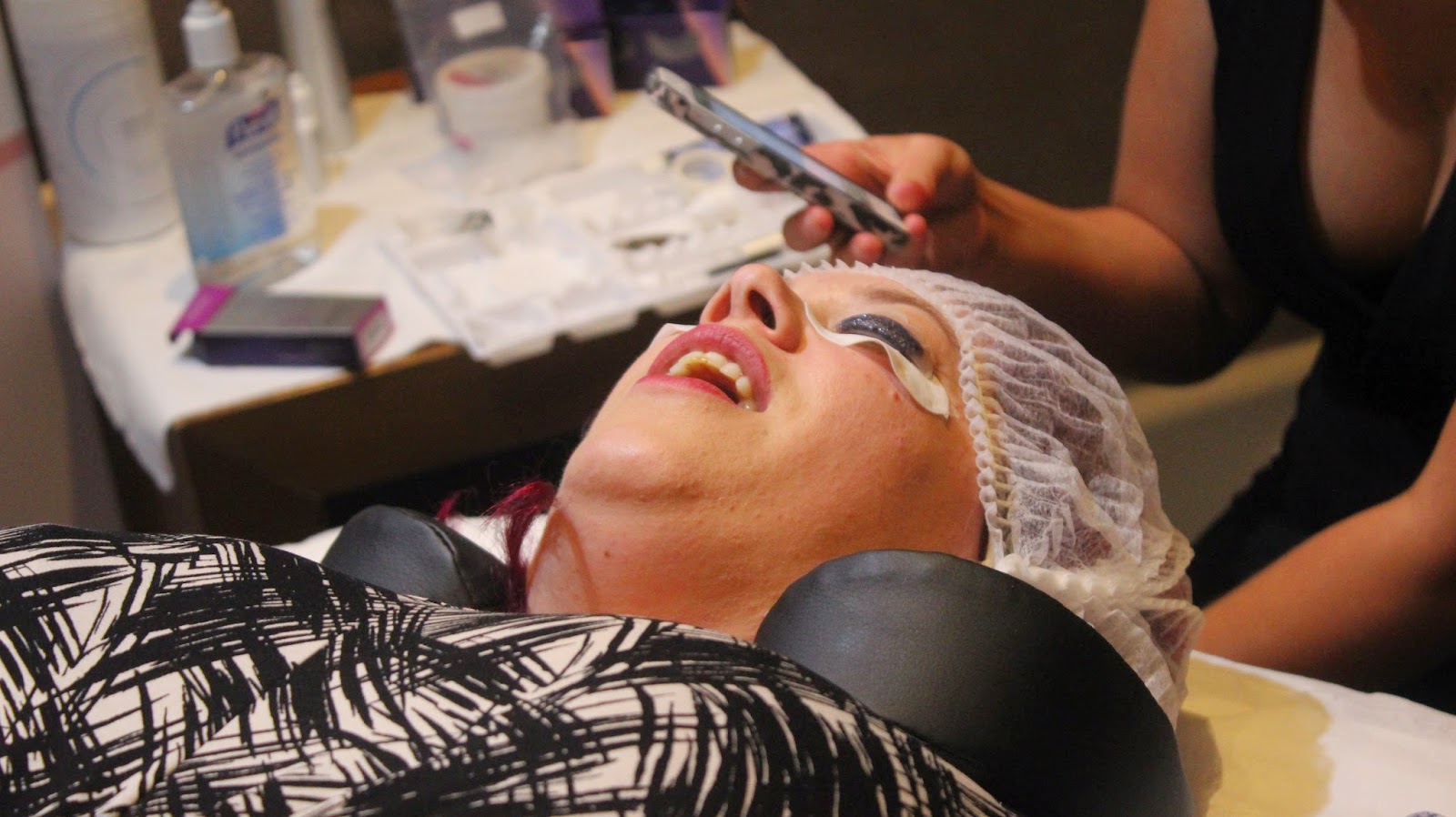 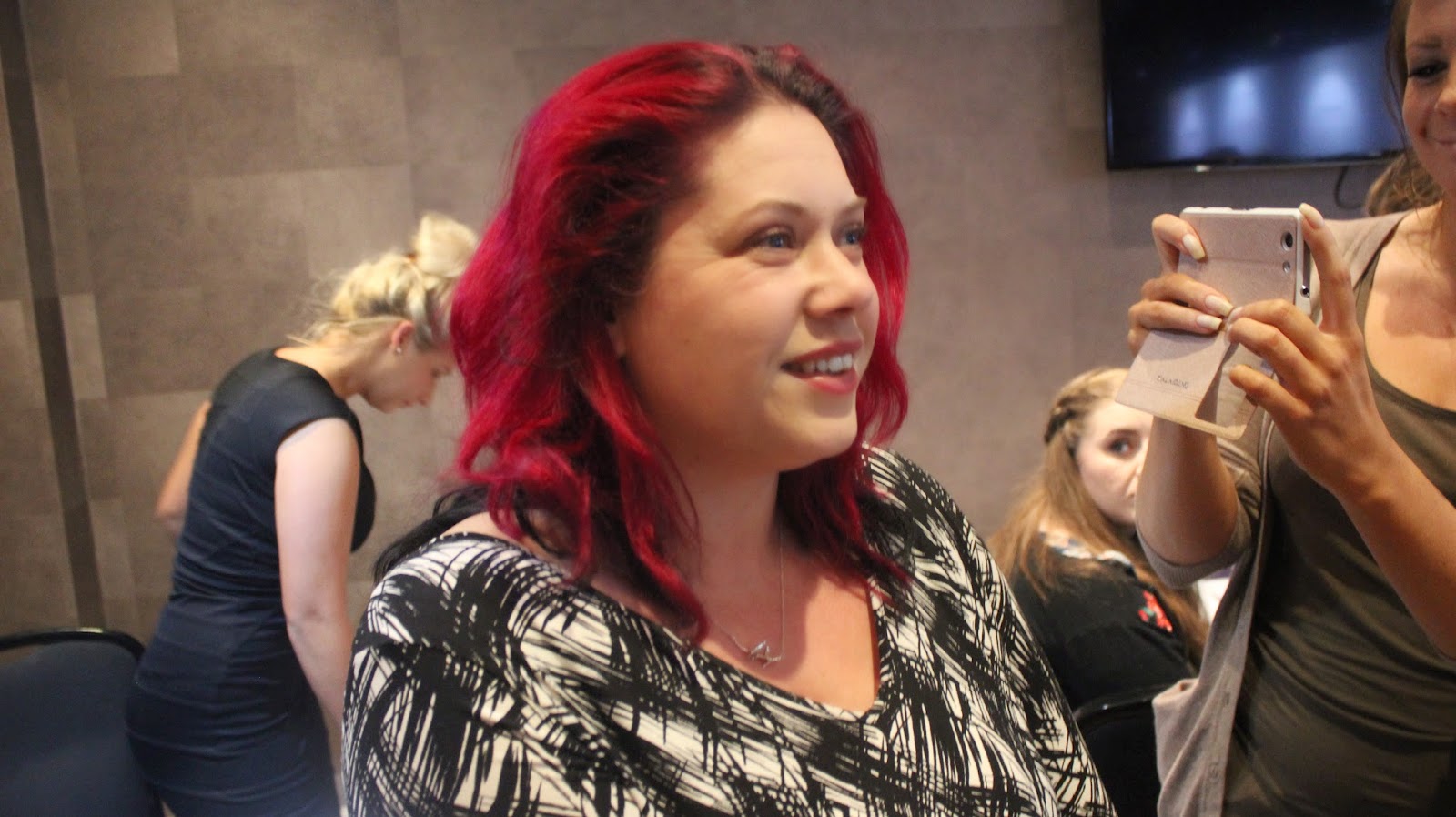 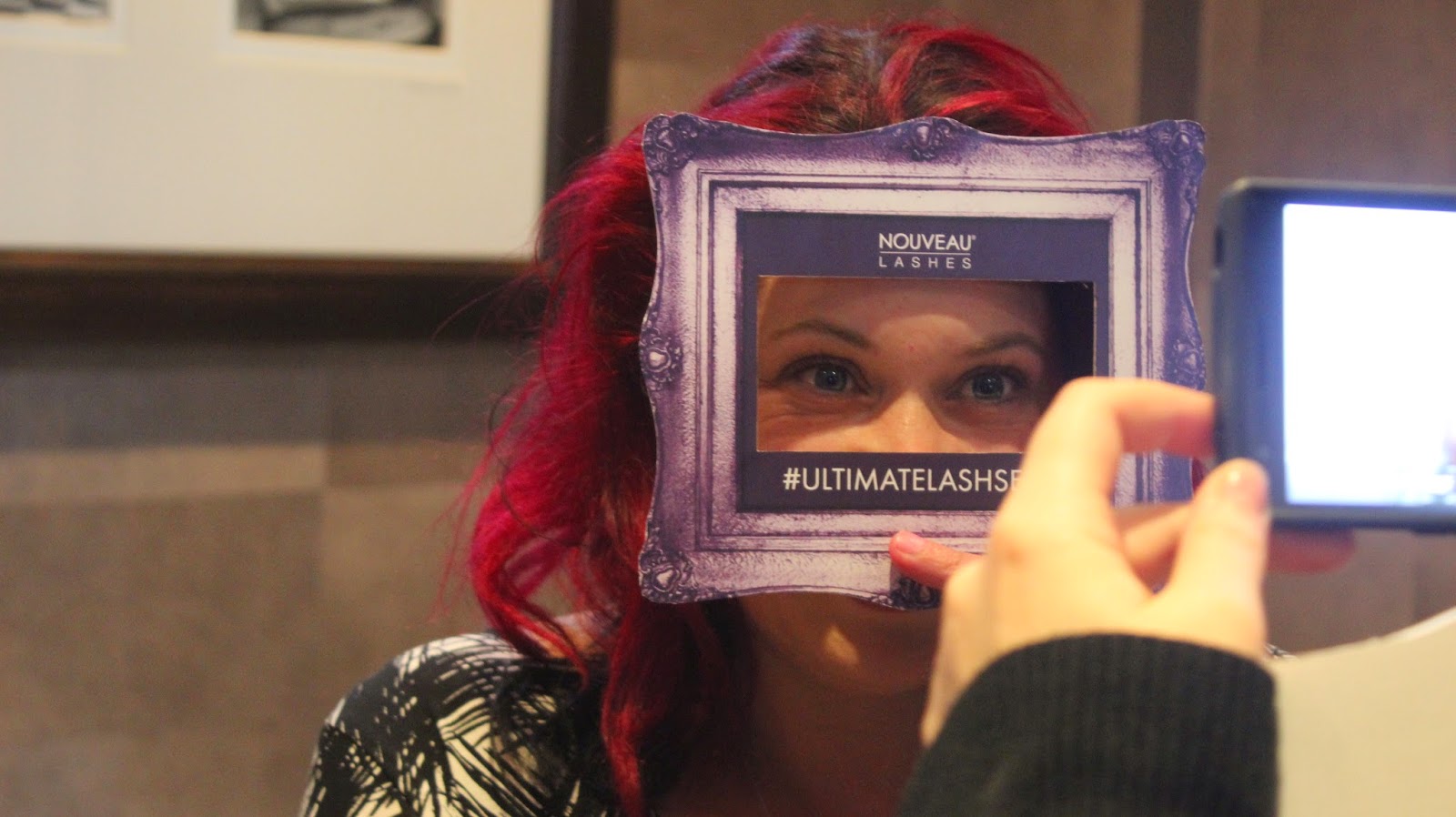 I hope that you have enjoyed this blog post! Have you ever worn fake lashes before? Comment if you have. I hope to see you next time!