Welcome to a brand new post! Today, I'll be talking to you all about how my mental health has been like recently, and, what it's like right now. If you don't want to read this post then that's completely fine. At Jamie Sowden, there's plenty of posts from food to beauty and everything in between, so, if you don't want to read this then please read one of my other great posts. 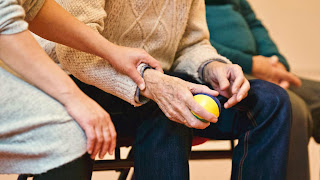 Honestly. I think that it might be best for me to section out this post into sections otherwise I will probably end up merging five different topics into one paragraph.

I realise that starting off with this section might have not been the best way to start a post, but, ugh, loneliness has affected me so much and it slightly intertwines with university so i'm going to try and keep this bit to outside university and then put the rest in the uni section. Outside of university, I just get lonely every, well, week. I get that this instantly sounds attention seeking, but its the truth. It's just shit to realise that there is people around but you still feel like, well no one gives a fuck. Again, I get that it sounds attention grabbing. The quote from Gaga's Five Foot Two, where she talks about going from being surrounded by everyone to being on your own resonates with me so much. I just never really feel like I completely fit anywhere, and yes, some of this feeds into other sections but honestly, I've gone out just because I knew that I needed to. Loneliness can affect whenever and honestly, it makes my depression ten times worse. I just feel like I'm a massive burden quite a bit. It also feeds into friends. I have friends, trust me, I have a fair few, and I made tonnes more due to blogging, but I just never really feel like they're my friends? I just constantly feel like every time I try to talk to them, that there's a sense of pity in the atmosphere? I don't know. I consider Michelle, Abbey and a fair few others as close friends, but they all have their own things going on and, I dunno, I just don't want to bother them even more. I know that they won't feel like I'm bothering them but I know that they're going through a lot and to add my shit on top. Well, it just feels stupid to do so.

Okay, so this is a weird one to get into. Let's start off with some basics. Sex and gender are not the same. They're not the same. They're definitely not the same. (Got that into your head? Right we can carry on.) Gender is a very weird thing for me. Not in a bad way. It's just that being well what I am (if we're labelling it then I prefer genderqueer), makes me feel more lonely sometimes? I feel like I don't fit into a community a lot. A lot of the LGBT+ community don't understand the concept of being genderqueer and they hate that they can't completely define it, therefore, they push out people on this basis, and well, I've probably not made it best for me within the trans community and that's my own fault. i just, I don't feel like I belong there sometimes? Not in a bad way again, it's just I honestly have no idea what the fuck is going on in my head and what I want to be, and here I am, surrounded by the most amazing group I could know, not feeling completely valid in my own skin because I don't know what I am. I don't know how I'm meant to be or feel. As I said, that's probably my own fault? I also hate feeling dysphoric. (Read my gender post if you want to know what that means), I just never fully feel like I'm in the right skin, whether I'm feeling masculine or feminine. I just, I feel abnormal and unconfident as. I constantly feel judged if I'm wanting to look at something but i'M portraying the opoosite sex than what I'm feeling. I always kind of feel like someone is going to come up to me, challenge me about, ramble on about 'if I can be what I want to be then they can be a shark' and then get punched. I guess it's the same when it comes to dating within the LGBT+ community. Yes marriage is a thing, but we don't have equality. The media still portray us as a community as a moral panic. Something to stay away and fear and therefore violent parties can justify their violent actions due to this. I just want to not feel like a piece of shit from wanting to be who I want to be, whether thats masc or fem depening on the situation. Both, neither, it's up to me, and I'm figuring it out but I just wish that it didn't involve other parites. I just dunno, i wish I could exude that fuck it confidence instead of feeling out of place within the world and wanting to not exist within this fucked up society.

The First Year Of University:

Again, first things first, university isn't exactly what you think and, for any first year's going to Uni first, I'm really sorry to break that news to you. Moving into my own place was honestly, an experience of its own. It was mentally and physically draining. I know Leeds well but moving there and living there, that's new. I just didn't know anyone and anyone that I did know was working. It was hard, and honestly it made me cling to anyone that I could. Honestly I'm thankful to Nate, Craig and Abbey for being there and inviting me out. It put a massive strain on my depression. Coping in the darkness on my own was a completely new thing too. I have an eye condition and it screws my vision up in the dark. This means walking back from uni, which included walking over a bridge, ended up becoming random panic attacks a lot of the time. I just didn't know what I was doing. This also came into my loneliness. I just felt like I was in this weird singular bubble not knowing what was going on, even though I knew what I was doing at Uni. That's the thing about doing something you know and love. You actually feel safe to an extent. I spent most of my time shopping and if not then I'd be back at my flat before it got dark. Finding friends that understand your condition at University is harder than you would expect on both levels. Them understanding and me explaining, this honestly made me feel like I was just becoming a hermit more and more everyday. Going from having Christmas off to back to Uni screwed me up a bit mentally too, I just felt depressed, lonely and anxious so fucking often that it ended up in me relapsing. I don't really talk about self harming that much, but, I just, it felt like the right thing to do at the time and when I think about it, it was stupid. I hadn't done it in a long time and it just felt empty and stupid. (It's also awkward going on a date and them pointing it out within the first five minutes...) I think the blog helped to break the loneliness, because uni friends would ask about it, but again as soon as I walked away, I was back to being on my own and trying to do everything possible to overcome it and it became too much with juggling with essays and blogging. It's mainly why I disappeared quite a bit after Easter. This screwed up a few relationships with brands and honestly I regret it all, but, it felt necessary at the time and I couldn't do anything about it. Moving out was another thing that put a massive strain on my brain. I realised that I had to leave and go back to what I felt was reality at home, but, that had completely changed and it just made me feel more lonely when I did finally get everything home. (Note: do not try and take everything home on public transport, it won't go well!) I found it quite hard to separate because well, I had spent the year, trying to gain confidence and becoming a slightly better person when I was mentally stable to and I had to leave it all. I also didn't feel like I belonged at home when I got back. i still have things in bags. There isn't enough room for all of my possessions anymore and realising this just makes you feel like you're just renting another place out waiting until you can repeat the process of going back all over again.

Probably best to leave this as the last section. (I'm sorry if you read all of this post as it will be around 2,000 words.) Uni suggested that I should see their counsellor and i did. I liked the counsellor, but I have trust issues and honestly, I just felt anxious and awkward and by the end of it, I felt like I had talked about the same things over and over and realised things that i knew. I knew that I had depression, I knew that I rely on people too often. I knew that I had daddy issues. I just had zero idea on how to sort them and push through them. I decided that as it didn't work, to try and attempt the doctors and after several attempts I did. I got prescribed Propranolol. The main thing about this is that it calms your heart down when it comes to panic attacks. i've learnt to take these in moderation and with nothing else because you will feel like the devil is posessing you. I need to properly get through my depression stuff but the tablets have helped me realise a lot including how people can be shit including myself, and how I have weird triggers. The side effects can include dry eyes and other nasty things but honestly, if these tablets can help me not feel like an anxious shell of a person when doing things such as, going out and meeting new people then I'm down for trying them and hopefilly get a bit better. Who the hell gets triggered by a baby crying? I'm getting there and hopefully the second year of uni won't be as daunting with these aids and the few friends that I know that I can completely count on, even, if they're far far away. I've had a few other things going on but for many many reasons, I've decided to not to talk about it in this but hopefully i can get through them too.

Thanks for reading!
Jamie x
Posted by jamiesowden at August 21, 2018

Email ThisBlogThis!Share to TwitterShare to FacebookShare to Pinterest
Labels: 2018, anxiety, depression, dysphoria, gender, health, Jamie Sowden, lifestyle, mental health, mh, mind, talking, talking about it. spilling it all, telling it as it is, trigger warning