An Open Letter To The Prime Minister

I thought that I'd write an open letter to you because I wanted to participate in one of the many things that we can do within the United Kingdom which to express our opinions and views via the Human Right to free speech. 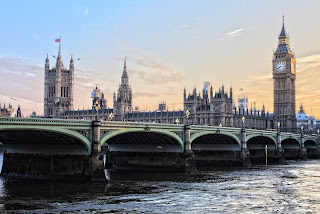 I'm an openly gay student within today's society who also cares for someone but who also has disabilities in the form of mental health and visual impairments and honestly I'm pretty appalled by your behaviour and actions within the General Election that you decided to have on the basis of Brexit and the actions that you have chosen to go through with post General Election.

As I've said above, you decided to create a General Election even though when being asked about it by members of the press and journalists, you adamantly said no and then called for the election whilst probably uaing your powerful connections within society to prop you up via media outlets and thus slandering the opposition Jeremy Corbyn. You also decided to decline broadcasted debates which would have helped your Party way more and instead you decided to contact members of the public via travelling to them. I'm not sure why you did this as I wonder whether it was to avoid particular subjects or whatnot but honestly doing the above made sure that your portrayal to the general public was that you're indecisive and untrustworthy.

The televised debates that you did decide to take part in definitely did not make up for the fact that you decided to not turn up for the majority of them and instead ensure that Amber Rudd pariticipated in your absence.

Coming from someone that cares for someone and is also disabled via what I have stated above, I did not think that your answer to question by the young lady that was waiting for counselling was the best way to answer the question. Being vague doesn't get you anywhere within a general election. Looking empathetic doesn't get you anywhere during an election but instead taking action promotes your party and yourself during the election and post event. '

Let's fast forward a bit, you've been reelected without a majority vote within Parliament and you decide to instead of being the bigger person and resigning to ensure that the country would be stronger and stable (your words not mine) but instead you decided to prop yourself up by bribing the DUP with an £1.5 Billion deal to ensure that you could stay in power. Thanks Theresa for signing us up to a deal with the devil. I know that people can be have a sexual interest in power but honestly this is a new low for anyone for a tad bit more power.

I also see that we don't have a magic money tree for things like mental health services, tuition fees and the National Health Service but we have the funds to ensure that you can stay in power which I think is completely bizarre. I'd be interested on where that money came from.

To conclude, Theresa, I think that it's in your best interests and the country's if you decided to stick to what you say more often and to care about the people that you are a Prime Minister for instead of yourself otherwise you'll be known within history as that one English PM that screwed the people over more than anyone else did including Tony Blair and Margaret Thatcher.

I hope that you've enjoyed this blog post/open letter and that you come back next time for another post!

Thanks for reading!
Jamie x
Posted by jamiesowden at July 03, 2017