I Helped Set A World Record With Michelle & Luke 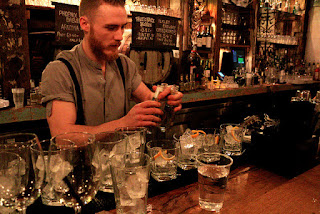 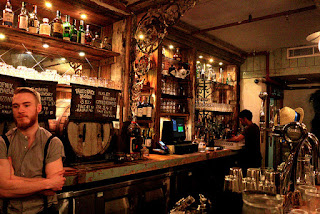 (This post is going to be pretty short because I can't remember bits that are important to the event. Not because of the alcohol just more to do with my memory and also I'm a bit under the weather at the minute but I feel bad for not posting for a while so yeah... I'm also listening to Kesha whilst typing this so in the comments leave your opinion about the whole situation with Kesha.)

Myself, Michelle and Luke rushed to the venue on the night as we thought that we were going to be fashionably late like we normally do. We got there and was told that we would have to queue for a bit as the staff were sorting out the interior which is fine as you do have to set things up for a massive world record especially when its to do with largest amount of people drinking at the same time within a number of restaurants/bars up and down the country.

We entered the venue and were given three beans which I will explain in a little later on within the post,. We then walked over the bar which was quite packed but we were told that we were meant to stay here due to the world record T&C's. We were then all brought to a silence via a guy who was going to tell us about the gins. Now, this is where my mind screws up. There was three gins but I think that I can only remember the name of one of them which was Tanqueray No 10 I think. We were given a tray with three shots (one of each shot) but the barman decided to give me two and I'm not completely sure why but when someone gives me something especially gin I'm not going to say no so I ended up downing six shots of gin... Oops... 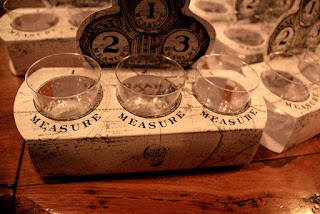 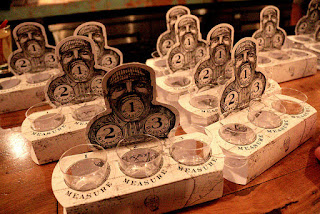 Once the lovely guy had finished educating us all about gin. I know that may sound a bit boring but honestly the history of gin is quite interesting and once we had drunk our shots once we had been told a bit of the history of each gin! We were then told that we were now able to use the beans. The beans meant that we could try each of the Gin's within a Gin and Tonic which was fun to try. I can't remember which gin it was but there was one that was served with some Pink Grapefruit which was really nice to say that I'm not a big fan of Pink Grapefruit! Myself and Michelle then talked about anything and everything because well thats what best friends do whilst drinking Gin and attempting world records. We also then checked out some guys... (Yes, I know how bad that sounds but I become a bit more relaxed after drinking alcohol... In mine and Michelle's defence, we are both very very single so...) 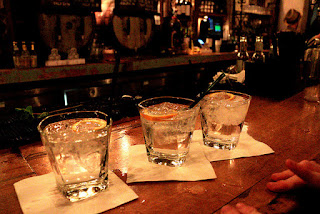 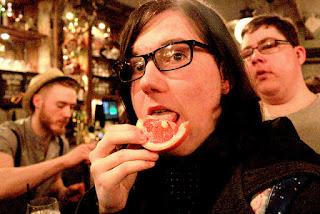 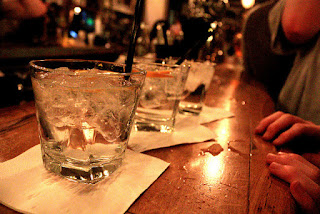 We decided that after drinking one of each G&T's, we decided to call it a night and head back to the train station where we ended up going for a Subway as we were all sure that we needed some food! There is many different food vendors within the train station but we felt like a good footlong would sort us out...

All of the pictures within this blog post are Michelle's and can be found via her Flickr but to make it easier for all you readers I have linked it up to her name so when you click Michelle's name throughout this post so please go and click to check out her very beautiful and professional photos! Michelle, Michelle, Michelle.

I can't thank the staff at The Botanist enough either for inviting me along to this event as I learnt quite a lot about Gin and got to experience and sample Gin like I have never done before. We also achieved the world record from what I know which is amazing!

Do you have a favourite brand of Gin? Do you hate Gin all together? What are your thoughts about the #freekesha movement? Let me know in the comments below!

I hope that you have enjoyed this blog post. I know that it has been a bit different as I normally only ever talk about alcohol within a poat where it involves food and even that alcohol is either cocktails or beer but I hope that this has entertained you somehow. I hope that you read the next post whenever that is posted! Have a great week and don't forget to check Michelle's
work out!