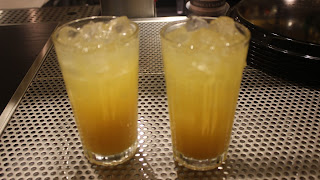 I got invited to the preview launch of a new restaurant in Leeds and I thought that I would tell you about it today. If you like spicy food and cocktails then you will love this post that is all about Turtle Bay Leeds.

Turtle Bay is a Caribbean restaurant business that have been going for a few years. The restaurant captures the mind and soul of The Caribbean via serving Caribbean food such as Jerk Chicken, Curried Goat and Rice & Peas, serving cocktails that sum up the exotic and lively atmosphere of The Caribbean and many other things. There is quite a few Turtle Bay's around England ranging from down South in Ealing all the way up to the North with restaurants in York, Huddersfield and now Leeds.

We started by arriving at the restaurant. As we were invited to a pre-launch event this meant that anyone that was walking past the restaurant probably thought that we were some secret cult setting up shop in Leeds to create a plan and to wreak havoc or something like that whereas the staff at the restaurant awkwardly had to tell passerbys that they could not enter as the establishment was not open yet. We stated that we were bloggers/members of a secret elite cult (I'm joking of course but wouldn't it be fascinating if I was?) and we were allowed into the premises.

A man called Adam and a woman called Bronwyn greeted us and then asked us what we would like to drink. I instantly thought that this could get messy. I mean, free cocktails to drink after 'one of those days' meant I can drink the bar dry in my opinion but anyways back to some relevant information. Adam said there was three to choose from. Tobago Tea. This contains Rum, Tequila, Vodka, Gin, Triple Sec with the addition of fresh Lemon, Mango and Lemonade. Beachcombers Zombie. This contains 4 different Rums, Absinthe, Bitters with the addition of Tropical Juices. Mai Tai. This contains Appleton Special Rum, Orange Rum Liqueur, Apricot Brandy with the addition of Fresh Lime and Pineapple.

Myself and Luke ordered a Tobago Tea. I was tempted to go for the Beachcombers Zombie but I know that I like alcohol and I like mango as I had a phase a few Summers ago where I drank a lot of Mango Juice so it sounded like a good cocktail to go for, You could taste the exotic Mango with a hint of acidity from the Lemon and Lemonade. Myself and Luke slowly made our way around the restaurant and found Kellie who we talked to about many things. We tried a bit of each others drinks. Kellie didn't enjoy the Tobago Tea that much but I loved the Beachcombers Zombie which she was drinking. I loved how you got a hint of the alcohol but it wasn't too overwhelming as the addition of Tropical Juices gave it a sweet edge. (Look at the picture at the top of the post.)

I slowly wandered around the establishment taking pictures and then I found a good spot for Luke to sit down as I felt like it would be better to sit him somewhere and if needed to I could either drag him somewhere or I could bring it over to him. As soon as I sat him down, Adam and Bronwyn asked all of us to come over so I left to him and his own devices whilst I listened and embraced everything that Adam and Bronwyn were saying. Adam is the companies Bar Manager and Trainer from what I remember and Bronwyn does the same but swap the bar for the food. Adam then went on to talk about the Rum's that Turtle Bay served which was very interesting and made me learn a bit more about Rum which is a good thing in my eyes as I can appreciate it a bit more when I'm drinking it. 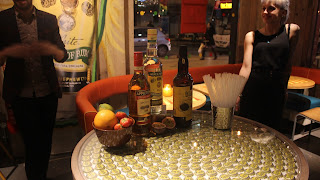 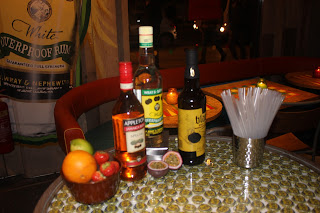 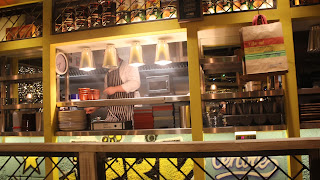 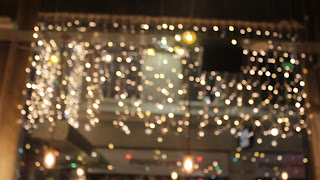 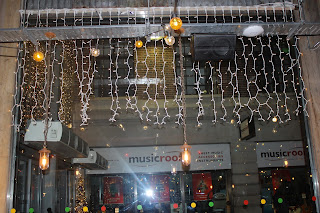 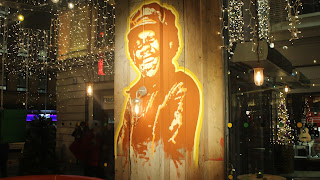 We were then escorted to a grand elongated table where we told that Colin would be talking to us about the food at Turtlebay and then we would get the chance to try out the delicious food that is on offer at Turtle Bay. We sat down and was offered some Reggae Rum Punch which consists of 126 proof Wray and Nephew Rum, Strawberry Liqueur, Fresh Orange, Lime and Pineapple. I think this was to cleanse the palate per se but was an awesome drink to drink whilst Colin was telling us everything.

He told us about how Turtle Bay made their Curried Goat, what spices were in the dish and then we got to try the dish. It was succulent and delicious and something that I have never tried before. It reminded me of a hearty dish that you would eat at this time of the year. 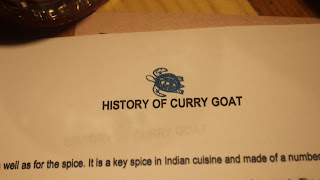 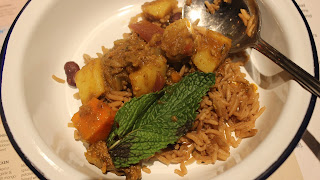 He also told us about Scotch Bonnets and Plantain. He told us about the Heat Intensity of a Scotch Bonnet and also told us that to make sure the heat intensity is level within the Restaurant, the chefs at Turtle Bay blend up Scotch Bonnets and then use a small amount to ensure that it is the right heat for the dish which is pretty genius in my opinion as it doesn't mean that you have that risk of chopping up and then burning your skin by touching it after touching a Chilli when cooking a dish. He also told us about the Plantain which is similar to a Banana but isn't at the same time. It comes from the same family and whereas Bananas are sweet, Plantains aren't. We got told many things about Plantain including the best tips to cooking them which including making sure the exterior of it is brown before cooking as it makes sure it is ripe enough to cook, I tried it in its cooked version and the best way to describe is a cross between a Banana and a Roast Potato making it savoury but slightly sweet and moreish at the same time. 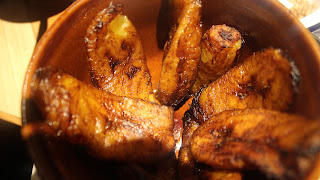 Colin then told us about the Jerk Chicken, how to cook the Chicken, what spices went into the Jerk Chicken and many other details about Jerk Chicken. We were also served a Peanut Butter and Banana Smoothie which contains Smooth Peanut Butter, Banana, Condensed Milk and Cream. I'm a bit of a weird one with Peanut Butter. I can only eat it if it is smooth. The smoothie was sweet but salty at the same time which made it quite delicious but also the addition of condensed milk and cream gave it a luxurious/slightly decadent feel. Colin explained that it was to cool down the heat of the Jerk Chicken as dairy helps a lot better than water when it comes to cooling down your mouth. We then went to go watch the Jerk Chicken being made which was an interesting experience.

I went to go sit back down and realised that there was a drink waiting for me. This one was a Bahama Mama. Koko Kanu Rum, Banana Liqueur with Pineapple and Grenadine. I couldn't really taste the Rum but I could taste the liqueur and the pineapple which made for a fresh Banana taste when drinking the cocktail. The Jerk Chicken arrived at our table. The dish comes with Caribbean Coleslaw and Sweet Potato Fries so we served ourselves them and then made sure that we had a good helping of Chicken each. The coleslaw was refreshing yet had a slight kick, the Sweet Potato fries were crispy and soft. They were just amazing in summary. 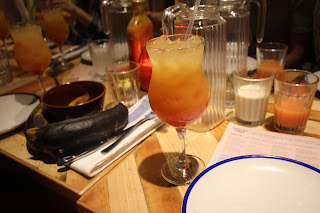 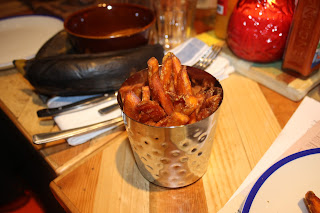 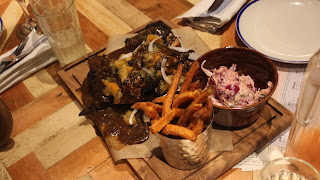 We were then told to answer a few questions to see if we had been listening on the night. We had and this resulted in us receiving some Caymana's Rum Cake which was with some Rum influenced caramel sauce. The sponge was light and delicious with Rum running all the way through it which made it that little bit more delicious. We said goodbye and left with a goodie bag which contained some sauces and other things which ended up smashed due to the bag ripping in Trinity Leeds on the way back to the train station. Things like that happen sometimes. 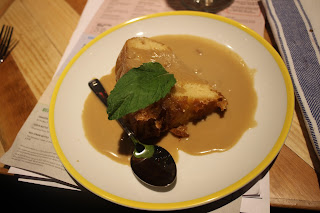 If you live in Leeds and love Caribbean food then wander up to The Light Leeds where you'll be able to find Turtle Bay as you can not miss it with its vibrant lights outside. Happy Hour is also on 90% of the time therefore all cocktails are 2 for 1 so if you were still hesitating whether to go or not then that should have twisted your arm to go as soon as you can.

I cannot thank Turtle Bay, their PR and the staff at the new Leeds branch for inviting me to the pre-launch of the restaurant. If you want to know anything more about Turtle Bay then you can click here. I hope that you have enjoyed this blog post and I hope to see you next time for another blog post. If you have checked out Turtle Bay then let me know down below.