Transitions Of Genre Via Artists Within The Music Industry

I thought that I would do a different sort of post today. This is a little sort of ramble post I suppose. I mean at least it shows that my blog isn't all about reviews and events and I actually have thoughts about things. 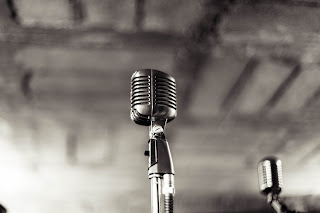 I'm not a member of the music industry but as a consumer, I have seen many things happen within the last couple of years and I just thought that I would have a little talk about them. There is one main point that I want to try and compress into an understandable statement.

Within the last few years, a lot has happened within the music industry, we've had break ups, reforms (mainly for an anniversary of some sort), surprise albums and everything in between. The main thing that has happened though is that a lot of music artists have transitioned from one genre all the way to another within the space of an album and I just think that it's quite a bold move to do.

To start off with, Iggy Pop (real name James Osterberg) used to play for a blues band. Whilst on tour with said band (Prime Movers), he slowly decided that it was time to create his own band and incorporate the things that he loved and slowly became 'Iggy Pop'. Other cases of bands separating so one of the members can rebrand themselves and become well known within mainstream music is Gwen Stefani. The blonde bombshell used to be within the band No Doubt which created music that had quite a punk themed element whereas when the band member decided to go solo when No Doubt decided to call time on their creations Stefani decided to completely change the genre of the music that she wanted to create. She went from punk all the way to mainstream pop with hints of R&B.

Lady Gaga and Rihanna did albums where they decided to completely change the genre of their music. Lady Gaga did this via going from dance influenced pop which has made her win awards for hit after hit whereas her latest album is mainly jazz based with covers of jazz classics such as Cheek To Cheek and Anything Goes. Was this so she could attract a more mature demographic? Was this so she could show to others that she isn't just a one trick theatrical pony or was this just a compassionate album showing that she likes to incorporate other genres into her music? Rihanna did a similar thing with her album via going from mainstream pop/R&B to more soulful inspired music. She also decided to cover a track from Tame Impala on her latest album ANTI. Tame Impala are a psychedelic rock based band. Is Rihanna trying to do a same thing? Taylor Swift has also been known to do this via going from country all the way to pop within moments of time.

I think the point that I am trying to make is that the world is changing and developing via technology but should the same be happening via culture and genres of music. Will we see a millennial future within the music industry where hybrid genres and the intertwining of genres will be the main focus within music? Let me know down below.

I hope that you have enjoyed this blog post and that you come back to read more! 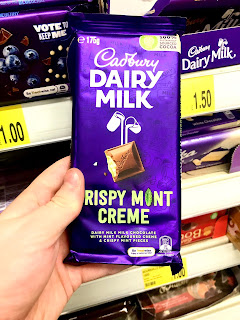