The Truth About Beauty Influencers

So, let's break down the beauty influencer drama. It's about, 1: influencers forming cliques (let's call it the Matte Plastics, get it?), 2: money, 3: contracts and collaborations, and, 4: brands deciding to work with big influencers. I'm probably missing something, but it's probably best if I stick to a fair few. 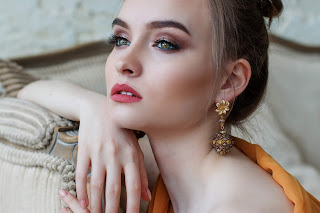 Okay, so cliques are going to form no matter what. We're shown early on in life that it's good to make friends, and end up in groups that share a common interest. We're shown via primary and secondary socialisation that a friend is a friend, and that it's good to bond. The only problem with that is that cliques form and the whole message of becoming friends with others and being friendly and open, are well, thrown in the sea somewhere with all of the other suffering sea creatures in the world. Cliques become well, messy and disgusting just like when you leave your makeup on overnight after a good night out, and you decide to look in a mirror the morning after. They promote exclusion and honestly discriminatory behaviour. This is all well and good, when you're a child in school still learning your times tables, you learn from it, but when you're still doing it in your twenties and owards? That's when it becomes problematic. When you're doing it professionally, when you have a mass audience following your every single move and they see that you're being messy and childish, they might think that it's okay to do the same and it's not. The fact that you know that you're in the public eye and you think that no ones going to clock you for being a five year old? Newsflash, they are going to, they will and you will suffer the consequences for doing so. When it comes to bloggers, Youtubers, influencers, whatever you want to label us all, doing this, it does the above and shows brands that might want to work with you that you're unprofessional, but also, it shows that you're pushing people that are in your own community trying to do the same thing out of the way. Why? Because you might not like them, they might have different views to you, they might make a different bracket of money than you? Doing that is petty and dirty. Trust me, I've seen it with my own eyes, it's just wrong. We all say that us digital workers need to stick together, then you join cliques with other influencers and decide to talk crap about them and be shady? Bullshit. Practice what you preach or expect consequences to your actions. Don't write shady posts about other influencers. Mean Girls came out 14 years ago, have you learnt nothing from it?
Cliques do not work. End of.

Okay, so as I mentioned a bit in the previous paragraph, when it comes to working as a digital influencer, money comes into play. You are doing a job, whether that be creating images for instagram, posts or videos, and brands may think that you're suitable for their brand, and approach you to work with them on sponsored content. They may ask you for a fee, and they will normally negotiate what they can offer you, and vice versa. If a brand pay you x amount then that's fab, but do not try and come for them and ask for more money. You're not god. The brands know that you're doing a lot for them. Being an influencer isn't easy, yes its full of amazing things, but there is admin and editing and so forth. Brands get that, but as soon as you've set down a price, don't try and get more money out of them. Where the fuck do you think you are? At an auction? No, a company can only give you so much, so get down from your pedestal and stop thinking you're the shit. All of us influencers are trying to make a living out of something that we love to do, and honestly brands are more than likely going to offer us a measly price for a lot of things that we're doing for them. Why? Because you've screwed up their experience with working with influencers and now guess what? They think that your behaviour is how all influencers act, when it's very far from the truth. Yes, you might have a large following, but you never know, your audience may drop dramatically if you're churning out the same content. When that happens, what are you going to do for your obscene amount of money? Stop thinking that you're the shit, you're not, you're like the rest of us. A influencer making a living via something they love. Honestly, I've seen this happen quite a bit via various influencer groups on the internet.

A lot goes into a collaboration,  and the way that most collaborations are secured are via a legal contract. When it comes to a collaboration, a contract will state things like the brand or PR company you're collaborating with, the fee, the deadline, what the brand want you to do, hashtags to use, handles to include when promoting the post. Once you sign this, you are legally bound to do what the contract says, and the brand pays the amount they've stated. Sometimes, the brand might not pay. I've seen that happen, it's happened to myself, but you don't randomly pull out three quarters through a contract, because you want to. That's not how it works. You don't just cut out of a contract when you want. If you accept a contract, then you and the client have a legal obiligation to follow it through. Don't get shitty and shady/one answered questions when the client asks you something. If you knew that you weren't able to do it or wasn't sure then tell them. Brands need to follow through and pay us when we've done a post but we also need to make sure that we read the contract well, and know what we are getting ourselves into. If you cost a brand a lot of money by pulling out of a campagin without a good reason as to why, then expect the professional bridge to be burnt. They've spent a lot of time, just like you do in everything that you do.
Communication is key.

Before, someone tries to come for me in the comments, trust me, I'm not a big blogger. I guess that I'm slowly getting there but I still wouldn't class myself as a 'big blogger'. My social following is nowhere near what a 'big blogger' would have. Brands work with big influencers is that they are normally only doing it due to their following. I get that. Brands want the most amount of audience checking out a new product or campaign, but the problems with big influencers is that they might have a large following, but where's the substance? You might get a click from their audience, but will you get any organic interaction? Probably not. You'll get a big influx of people checking out your brand but they will instantly fly to the next thing that the said influencer says is great. That's another thing, do you get an honest opinion from a big blogger or will you get a general this is good or bad? Can you improve your product or brand from that? Hell, no! With a smaller influencer, you'll get an honest and probably in depth review/opinion, telling you exactly what they think of it, as they want to be honest to their trusting audience. You can build on that, you can resend the influencer the product once it's been sorted and see if it's better. You might not get a massive amount of traffic compared to a bigger influencer, but, you will get substance. You'll get the audience probably buying something or checking other things that the unfluencer hasn't mentioned. Who knows? They won't be unprofessional and cancel halfway through a campaign, which means that you can create a trusting yet professional relationship with them, hence being able to rely on them for future opportunities.

That's the tea spilled. What do you think about the whole beauty drama at the moment? Would you like me to create more beauty based posts? Let me know down below!

I hope that you have enjoyed this post, and that you come back next time for another post.

Thanks for reading!
Jamie x
Posted by jamiesowden at September 05, 2018