Welcome to a brand new blog post! I was invited to the Lush Leeds Spa to their Karma Spa Bloggers Event and I thought that I wouFluld tell you all what happened within this blog post today. 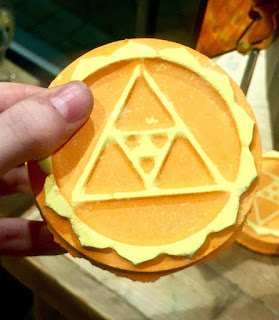 Myself and Luke headed towards the beautiful building. We said our hellos to the other wonderful bloggers that came to the event such as Jess, Katie and everyone else. After this, we were told what the night was going to consist of and that tills were open for the entirety of the event so if you wanted to purchase anything in a quiet environment then that would be absolutely fine to do so.

We chatted for a tiny bit and had a look around before heading down to Lush Spa to experience the Karma Spa Treatment in its excellent entirety. We (myself and Luke) went down into the Spa with the wonderful Jess and her husband 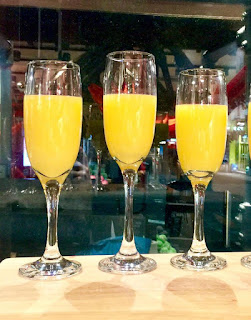 When we arrived in the Kitchen which I normally refer to as the hub of the Spa due to it being the first thing you see as soon as you enter has interior inspired by the coasts of England and Poole which is the hometown of the beloved Lush company. The CEO of Lush wanted to create a British Spa to reflect the ethos of Lush but as Spas are normally more known in the forms of Turkish Spas and so forth so he wanted to promote that England can create something beautiful and peaceful.

We then moved into the first treatment room which consisted of someone being massaged all over via two different members of staff which made for a unique and harmioned experience. The massage also focused on the many tension points that run throughout the body, mind and spirit. We also tried out the Karma Massage Bar which has been on the Lush Kitchen in the past week or so. This Massage Bar contains Patchouli, Sweet Orange, Pine and Lemongrass Oils which give the product that spicy with a citrus hint scent thats infamous with Karma at Lush. The bar also contains Coconut Oil, Butter and Shea Butter to nourish the skin. The room was filled with the same scent which was provided via a solid oil product which dissolved in hot water and permeated the room. We were also treated to another limited edition Karma product that is only available to use via the treatment which was a Karma version of Ceridwen's Cauldron which is a big Bath Melt. 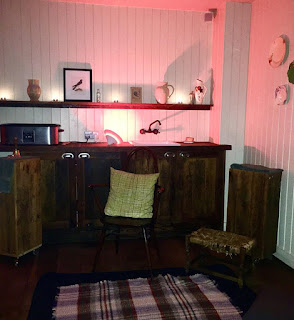 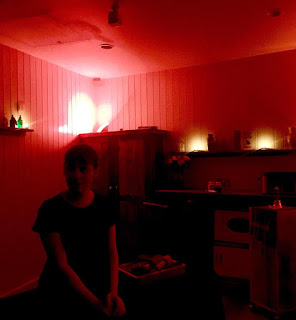 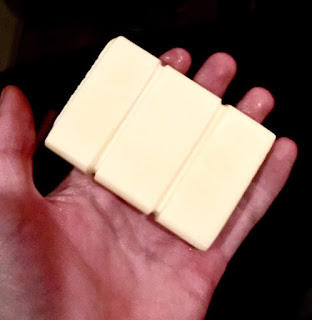 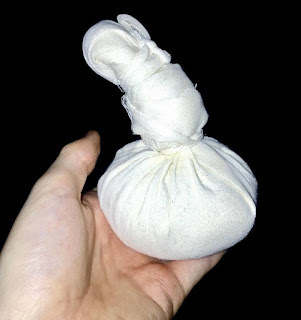 We then went into the next room where I was treated to an amazing head massage whilst we all talked about the new Gorilla Perfumes which I'll talk about later in the post and the Karma scent as a whole as I think that it's very much a love/hate scent mainly via the Patchouli.

Myself and Luke then went into the next room which was a meditation room where we were told to do certain things such as imagine that our worries were a ball of light and that we were letting it out into the centre of Leeds to float away and much more. After this, the patuent is treated to warm coconut water that is poured from a Shirodhara vessel over the third eye and hair to create a meditative state of mind.

We then had a wonderful hot Karma hand and arm massage which settled into a more citrus note due to the Lemongrass and Sweet Orange Oils. I loved it! The best thing about the massage was how soft my skin felt after it.

After this, we looked at the new Gorilla Perfume range. This range has five different scents. Cardamom Coffee which well contains Cardamom and Coffee. The background behind this is that when Simon (the CEO of Lush) was travelling in India, he was invited into certain houses and was given a cup of Cardamom Coffee to drink. This has a spicy but deep scent to it. 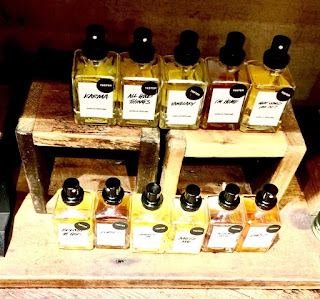 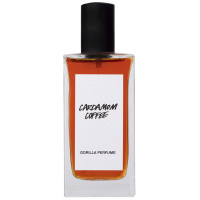 The next scent was I'm Home which reminded me of a deep baking cookies sort of scent This one contains Cocoa and Vanilla Absolute's which definitely give a deep sweet scent to this product. Again, the background of this scent comes from when Simon finally arrived home from his travels. 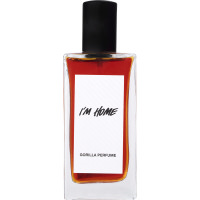 Number three out of five is Amelie Mae. If you're a big Lushie then you might know of Amelie Mae's big sister Imogen Rose. This scent is based around floral as it contains Rose Absolute and Ylang Ylang Oil. The background of this one is apparently that Amelie Mae was jealous that Imogen Rose had a perfume so she finally talked to Simon and they created this perfume! 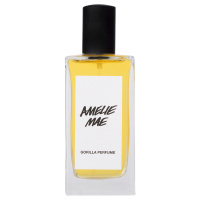 Rentless' backstory is about a homeless man that Simon met on his travels who made shelter out of most things that he could from what I remember. The man always said that he wasn't homeless but instead was rentless because he was always moving and I believe that this stuck with Simon so he made something that everyone else would remember after it. Rentless contains Patchouli and Grapefruit Oils and Tonka Absolute which give the product a sort of deep fruity scent in a way. 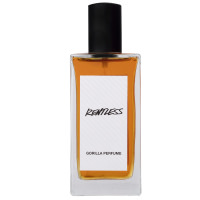 Last but not least on the perfume list is What Would Love Do? I think the background of this one is al about the love that Simon saw whilst on his travels within the past year. This product contains Grapefruit, Tangerine and Lavender Oils which give this perfume a sort of soft citrus scent. 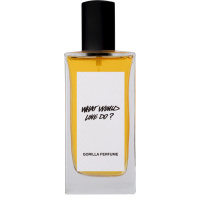 After smelling all of the new perfumes and washcards (which are only £2 which mean if you want to try the new scents but you don't want to fully commit to them then you can use this and see how you feel), we went on over to make a product, there was the choice of making a Butterbear Bath Ballistic and Creamy Candy Bubble Bar but as we went on over later in the event, there was only the mix for the Butterbear's left. We mde the wonderful bears by putting some of the light brown mix into the nose poart of the mould then we covered the rest of the mould in the Cocoa Butter based white mix and then ensured that it was compact enough to set. The only problem with making fresh Lush products is that you have to wait 24 hours for them to set before using them.

We then said our goodbyes and went off back home. Lush wonderfully provided us with a goodie bag each which I thought I would tell you about not to shove in your faces but to just in case you want to know what was in the bag. Myself and Luke got given a Karma Bubble Bar which contains a silver Bath Melt top on each Bubble Bar, a Marmalade Jelly Bomb which contains Grapefruit Oil and makes the skin incredibly soft! There was also a Karma Solid Oil Fizzer in each goodie bag which can be used to scent the room with the wonderful Karma scent. 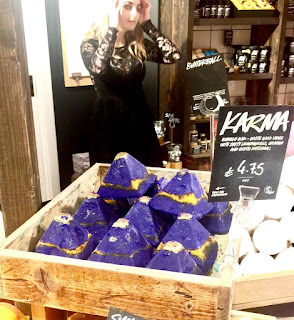 Check out Lush here for all of your face and skin needs. Don't forget to check out the Karma range and the new perfumes whilst you're on there!

Thanks to the wonderful Lush staff for inviting me to the Karma Spa Treatment Event and for putting on an amazing night and being wonderful at the event!

This blog post was in return for goods/services. All views, opinions and rambings are my own.