Welcome to another blog post. Last week, the wonderful guys over at Restaurants Of Leeds invited myself, Luke, Michelle and her boyfriend Dan along to an event in collaboration with Bossa Grill and I thought that I would tell you guys about the amazing event! 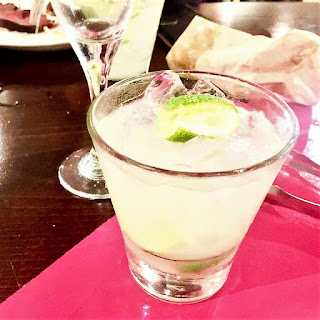 We ended up in Leeds a tiny bit early so we all decided to venture to Leeds and to Victoria Gate to have a look at all of the new Easter stock at T2 and to try the new Decaf coffee from Nespresso. Once we had done this, we all strolled along to Bossa but in typical Jamie style we ended up being early so we waited outside and ended up having a chat.

The four of us entered the vibrant restaurant and met with the guys behind the amazing Restaurants Of Leeds who invited us to the event. We talked all things food and SEO with them. If you haven't checked their site out then click here. All of us decided to grab a glass of Prosecco and decided to choose a table in the centre of the restaurant which would become our habitat of the rest of the event.

The owner of Bossa then gave us talk about the background of the restaurant. Bossa is all about doing what you want. In Brazil, they don't really plan things unlike England so the guys behind Bossa thought that England needed somewhere which encompasses this and shows the public that its fine to do things on a whim and to let the heart guide you on a night out! If your heart desires Meat, Garlic Dough Balls, Veg, Cocktails or sweet things then Bossa shall help your Heart reach it's internal Heaven. If your cow is stood up then it means that you want food and if its tipped over then you're stuffed. It's as simple as that. 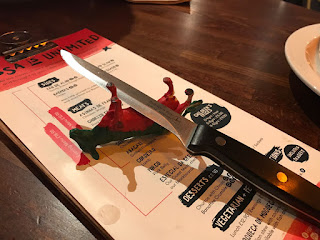 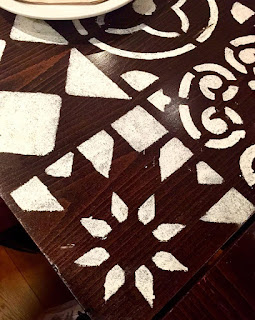 After the talk, we sat down and was told that we were going to have a one to one cocktail masterclass about Caipirinha's which include muddling some lime and sugar... I'm keeping the rest a secret but if you want one of these amazing drinks and you live anywhere near Leeds then you should definitely get one from Bossa. 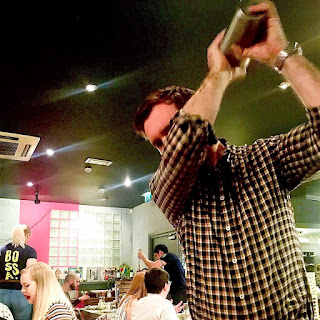 Next came the sides! The sides include some amazing Chips (Batatas) which were crispy on the outside but so fluffy on the inside. They also had a slightly salty but spicy rub on the outside which made them really moreish! Garlic Bread Dough Balls (Pao De Alho) were next on the list! I could eat these all day every day! Crispy on the outside, fluffy on the inside with tons of Garlic goodness! I think that these would be great with a Gatlic dip and some caipirinhas in any sort of nice weather that Leeds sometimes has! 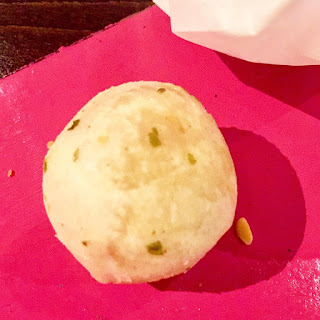 I love a good Corn On The Cob! The sweet pieces of Corn mixed with lovely warm butter is one of the best things in the world. This one had an aftertaste of spice which worked well with the sweet taste of Corn. I just try not to be that beast who eats all the Corn as quickly as possible which ends up in having a warm butter basted face but I end up having this exact type of face 9/10 after eating Corn On The Cob. Oops.... The last side dish that we enjoyed/is available at Bossa is Homemade Coleslaw (Salpicao Slaw.) I loved this due to it being like a normal Coleslaw but it had a spicy kick to it which I thought was more authentic to Brazil as the ethos of Brazilian food is to have a party in your mouth!

Meat was on the mind next! 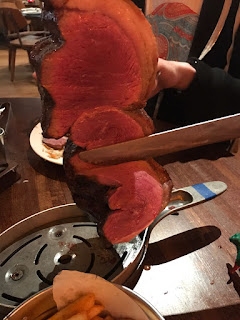 I love a good thick piece of meat! First of all, there were sausages on the mind! Pork Sausages (Chorizo Criollo.) These sausages were hot in temperature and flavour but so moreish so I had to blow on these beautiful beauties and wait a few seconds before wolfing them down. Again, I think that these would go with a nice cold drink and a dip or layer some of these cooked creatures onto some Paprika tinted Bread for a gorgeous sandwich.

Slow Cooked Pulled Beef was next on the list! I have never had Pulled Beef and honestly I don't think many will have had this either due to Pulled Pork being the most conventional and chosen Pulled Meat to have. I loved this as it had a bit more texture compared to Pulled Pork and had a lovely kick to the back of it. The sauce that it was slow cooked in was slightly thick but I liked this as it didnt mean that it was swimming in the sauce but instead clung to it. I think that this would be great with some Tortilla Chips and Sour Cream.

Apparently Chicken Thighs are more tender than Chicken Breast but I've never tried Thigh so I'm so glad that I finally got to try it at Bossa! I was mainly intrigued by the Chicken Thigh (Sobrecoxa De Frango) due to never having Thigh before but I am so thankful that I was invited to this event because I tried it and instantly fell in love! The tenderness of the Chicken just went beautifully with the other meats that were on my plate.

Everyone loves a good Chicken Wing but I'm sure that even Chicken's are sick of the words Buffalo Wings by now?! Bossa do a Chicken Wing (Asinhas De Frango) but not as you've seen before. Bossa's version is more warming without being hot unlike Buffalo Wings. There is also no Blue Cheese Dip in sight with these. I just loved the warmth of these especially with an extra crispy skin. They are to die for and are great for when you're at Bossa with a couple of friends!

When you think of Brazilian Buffet, do you think Grilled Pineapple? Well Bossa definitely want you to! This Grilled Pineapple (Abacaxi) isn't the most conventional thing to have at a restaurant but it is pretty delicious so I think that most restaurants should have this at front and center of their menus. Grilling the fruit ensures that the natural juices come out of the fruit therefore the fruit is extra fruity! The addition of Cinnamon isn't expected but it works so well as it just adds to the grilling and makes it feel and taste warmer! I think if you muddled a couple of these in a cocktail then it would be fabulous!

I love a good piece of Steak so thank goodness Bossa offers Rump (Picanha) for those who love some Steak. I loved this. The steak was cooked to perfection for me and it cut like Butter. I loved this with the Homemade Coleslaw and I think pairing this with a good bottle of Red Wine would be a wonderful thing to do!

If you've tried Pork Belly via high class restaurants then I urge you to try it everywhere as Pork Belly can never be shown within a bad light. I loved this! Juicy but flavoursome. Meaty but sweet! Just delicious! I think that Pork Belly goes well with almost anything so as long as you've got some amazing friends to share it with then that's all that matters.

Last meat time! Lamb is something that I don't really see at buffets and I think that it is underrated! I love some good Lamb Ribs which is weird I know but ah well. The Lamb (Cordeira) was sweet but had a slight bit of heat. I think that this Lamb was amazing for the time that we went to Bossa. I think that this would go really well with the Garlic Dough Balls!

Bossa offer three desserts for you to choose for if you're wanting a dessert. We only tried one but the one that we tried was to die for. Bossa offer Ice Cream, Banoffee Crumble and Churros and Chocolate Sauce. We tried the Churros and Chocolate Sauce and they were completely heavenly. The crisp texture of the exterior and the fluffiness of the interior made a wonderful contrast but the thing that made this Churro different is that this one had Chocolate inside for a surprise! I loved it as it added a depth to the interior instead of just being sweet like some Churros can be. I could eat these again and again!

Have you been to Bossa Grill before? Hav 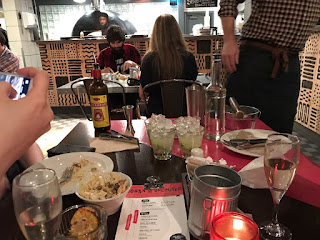 e you tried any of the above before? Let me know down below!

Thanks to the staff at Bossa Grill for putting on an amazing night and to the amazing people at Restaurants Of Leeds for inviting myself, Luk , Michelle and her brilliant boyfriend along to this event, I had such a wonderful night!

I hope that you come back next time for another post where I ramble about something!

The photos are a mix of my own and some taken by the photographer at the restaurant. This post was in exchange of food. All views and opinions are my own.
Posted by jamiesowden at April 07, 2017